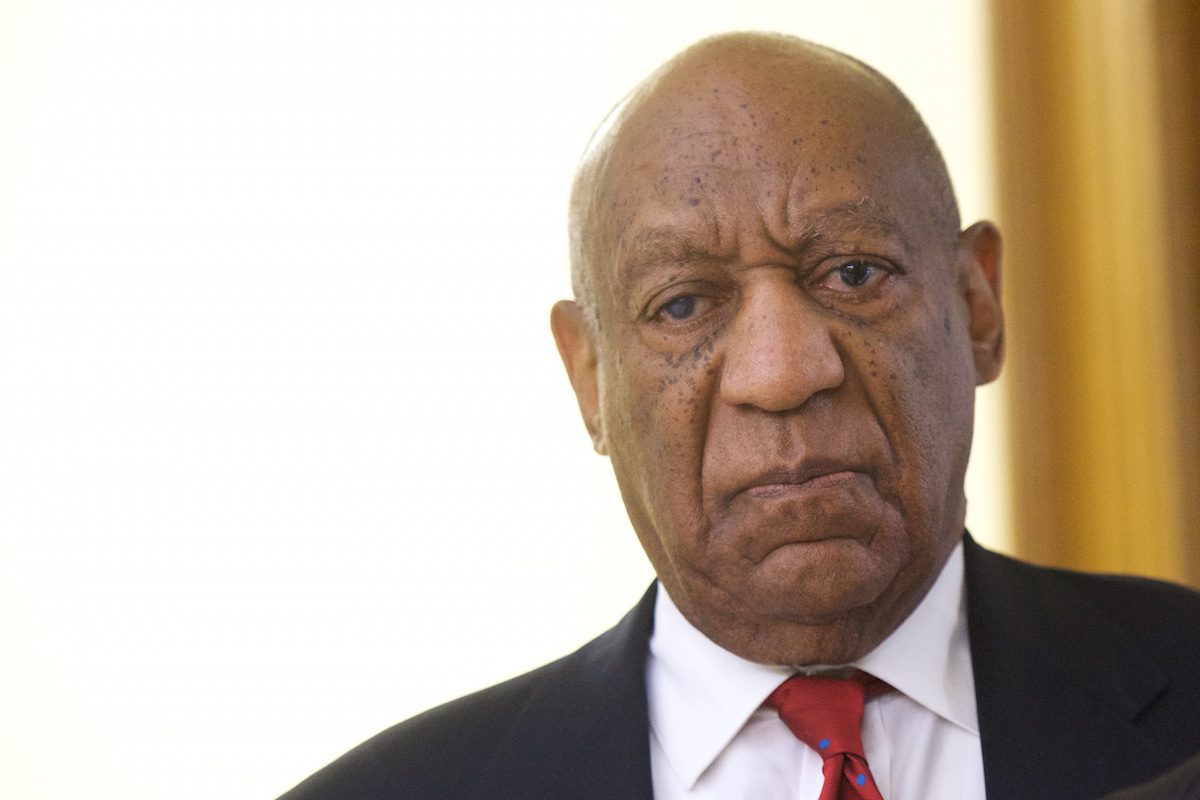 Bill Cosby took to Twitter this Father’s Day to be gross, and can we expect anything less (or more?) at this point? According to USA Today, Cosby insisted that his people post a message from his account, trying to reclaim the title of “America’s Dad” he used to enjoy before we were aware of his crimes. Obviously, none of us want to even think about Cosby at this point, let alone call him “America’s Dad” anymore, but that isn’t stopping him from reminding people of where he used to stand in our cultural appreciation.

Hey, Hey, Hey…It’s America’s Dad…I know it’s late, but to all of the Dads… It’s an honor to be called a Father, so let’s make today a renewed oath to fulfilling our purpose —strengthening our families and communities.#HappyFathersDay#RenewedOathToOurFamily pic.twitter.com/6EGrF87t6G

What’s probably more disturbing is that people defended Cosby’s statement, saying that his influence in our pop culture helped men rise up to be better fathers, and (a) that’s ridiculous, being a good father to a kid you helped bring into this world shouldn’t need Bill Cosby’s influence, and (b) that doesn’t erase the fact that Bill Cosby is a monster.

Say what you want about #BillCosby’s personal life, but he influenced an entire generation to be a good father and to take care of your family on #thecosbyshow. #happyfathersday https://t.co/zcMdBlJaiS

There were, of course, some amazing reactions to the situation from those who didn’t unnecessarily come to Cosby’s defense.

It’s not even that they appeared out of nowhere, it’s that OJ Simpson appeared and said he has a little getting even to do and Bill Cosby came in with “it’s America’s dad,” like we’re in some kind of Twilight Zone funhouse mirror hallway

I don’t know what we did to deserve this, OJ, and Bill Cosby all in the span of 48 hours, but we need to stop doing whatever it was. https://t.co/9978W7ORZc

The entire thing is just gross, and I don’t know, I just think that maybe his people should have thought about listening to his demands and not tweeted on his behalf? He’s in jail; he doesn’t need to be trying to reclaim a title we never should have given him. “America’s Dad” was tarnished the minute we started to learn who Bill Cosby really is, and the idea that we should still honor Cliff Huxtable as a “separate” entity is absurd, in my opinion.

Maybe the lesson here is that men who went to jail for crimes that were very awful and very public shouldn’t have Twitter accounts?