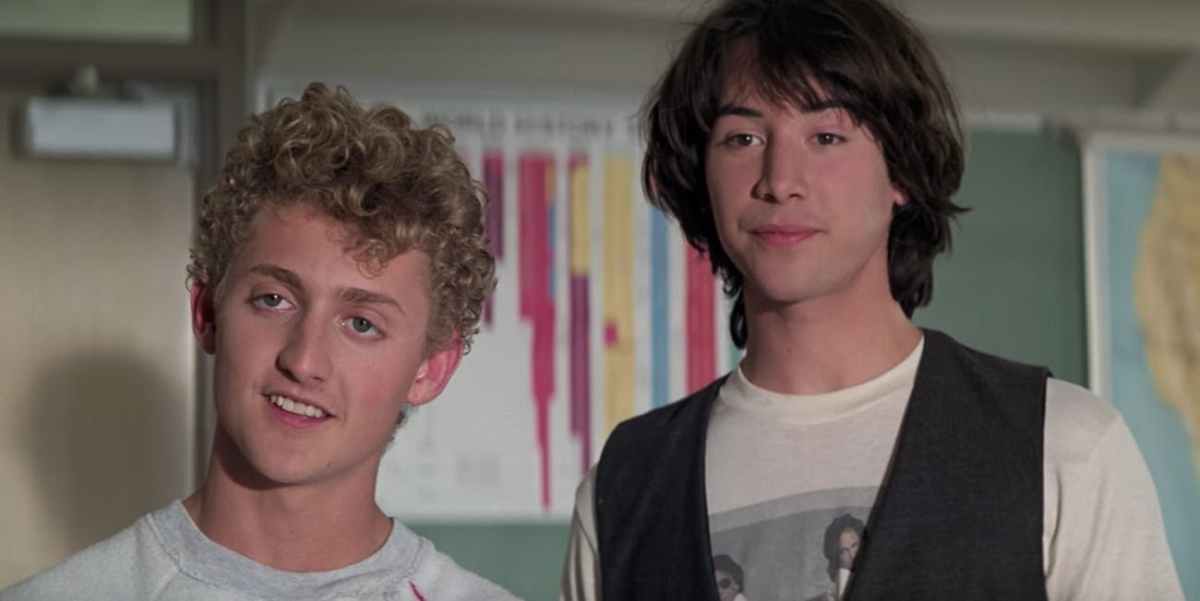 Sometimes being patient comes in handy, and that is entirely the case for Bill & Ted Face the Music. The third installment to the Bill & Ted franchise—the last was in 1991—this new movie features William “Bill” S. Preston Esq. and “Ted” Theodore Logan and their daughters as they’re reunited with their old friend Death (William Sadler).

The time has come, dudes! Your first look at #FacetheMusic is here! In theaters August 21, 2020. pic.twitter.com/K4tXKihPem

I’m trying to remain as in the dark as possible plot-wise but there is a beauty to seeing Bill and Ted on screen together again. The two just wanted to spend their time playing music and having fun but in the first movie, a history project got in their way and then in the sequel, Death got in the way. Now, with their daughters in tow, what lies ahead for them all?

1) How much I’ve wanted another Bill & Ted movie, lo these many years.

2) How long it’s been since I’ve seen Keanu without facial hair. https://t.co/Adr9hYAzX0

I hope you you kiddies that haven’t seen Bill & Ted’s Excellent Adventure or Bogus Journey give them a view… I’m excited for the 3rd film (last one was in theaters back in 1991)! https://t.co/DY21tM0gBJ

I can’t wait for Bill & Ted Face the Music! It’s going to be one wild ride, dude.