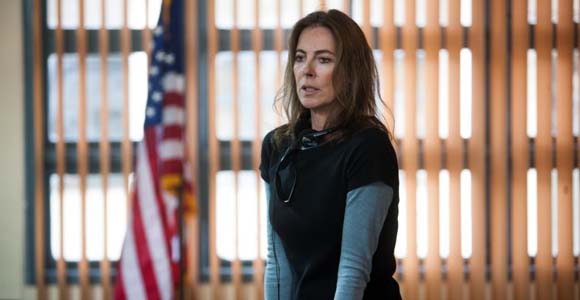 Kathryn Bigelow’s name has been in the news a lot lately thanks to her film Zero Dark Thirty. The film, based loosely on the intelligence effort that led to the death of Osama bin Laden, has had supporters and detractors but got people talking about the serious issue of torture. But there’s another issue Bigelow would like to get the word out for and that’s women in national security. She’s hoping a large-scale Twitter campaign, and you, will help.

The director, along with Sony, have enlisted a company to help get a specific message out to the masses. The Hollywood Reporter writes, “Thunderclap is a nine-month-old startup from De-De, a development company backed by advertising firm Droga5. At its site, civic-minded folks explain their cause and ask supporters to allow Thunderclap to automatically re-tweet the pre-determined message at the appointed time. The message can also go on the Facebook walls of the supporters.”

The link takes you to Sony’s website for Zero Dark Thirty, the film featuring a CIA agent named Maya, but Thunderclap’s website has Bigelow’s plea featured as a “Salute to Heroic Women.” You can decide now whether you want to send out the message to your followers and Thunderclap will send it on your behalf this Friday. THR writes, “Bigelow needs at least 500 people to support her, or the planned tweet will not go out.”

While a tweet can go a long way, and this specific tweet is a nice message, it would be nice to see the link forward users to something other than promotional items. Zero Dark Thirty is nominated for five Academy Awards, including Best Picture and Best Actress.