I will always stan Reese Witherspoon quoting "The Rainbow Connection." 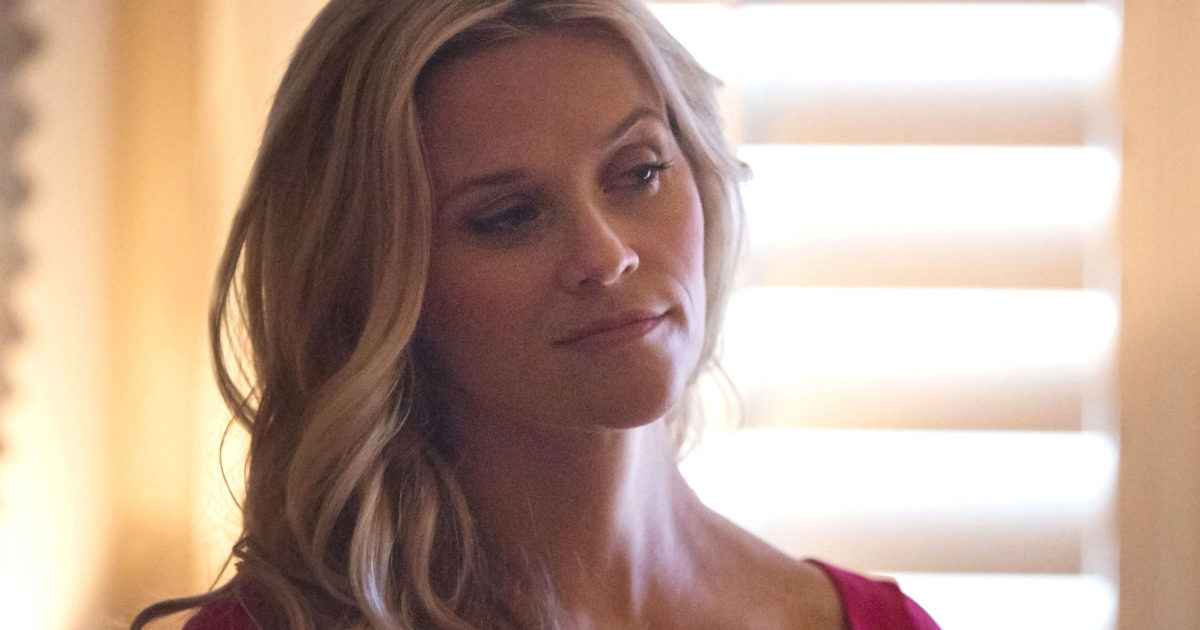 There was a beautiful moment in this week’s episode of HBO’s Big Little Lies when Madeline finally cracked. It also led into Reese Witherspoon quoting “Rainbow Connection,” so maybe this speech was the best moment on television to date. When it comes to Madeline Mackenzie (Reese Witherspoon), she’s had quite the character arc. She’s overzealous and in everyone’s business, but it all comes from a place of caring, even if she’s not the best about sharing her motives.

So last night, when everything in Madeline’s life seemed to be falling apart, she finally broke. It might not have been in the best of places, but it led to a speech that perfectly explains why, when we do have those moments of weakness, when we do break and need someone to help us, it feels that much worse.

Madeline is at a press conference with her daughter’s school, fighting with the principal and the teachers, who are teaching the kids about sustainability. When all the parents are screaming, she gets called up on stage for being the loudest among them. Principal Nippal asks for her to just share how she’s feeling, which is maybe his first mistake:

Part of the problem is that we lie to our kids. We fill their heads full of Santa Claus and stories with happy endings when most of us know that most endings to most stories fucking suck. Right? Let’s just get real. There aren’t a lot of happy endings for a lot of people, you know? Be it climate change, be it guns in schools. And our kids are afraid—they’re afraid to go to school. They’re afraid they’re gonna get shot. We don’t prepare them. We fill their heads full of happy endings and happy stories and lies. And we tell them things like ‘you’re fine, you’re gonna be fine’ and we tell ourselves—we tell ourselves we’re gonna be fine. But we’re not.

You know that song we used to sing when we were little? “The Rainbow Connection”? There’s a line in it where they talk about rainbows are illusions and then there’s another line and it goes on and it says that who said that every wish could be granted if you wish on a morning star, do you remember that? But this is the part that I thought about is somebody thought of that but someone believed them, and look what it’s done. We have to tell the children that life is an illusion and things don’t work out sometimes and you can’t tell them part of the truth, you have to tell them the whole truth.

While more reflective of Madeline’s current relationship status and what’s going on in her marriage, the speech highlights a problem that we have within our society: We constantly lie to ourselves. It’s a way of coping, a way of dealing with life. We say that everything will turn out fine, and sometimes (most times) that isn’t the case.

That’s what Madeline points out. The use of “The Rainbow Connection” is truly iconic, because that’s a song many of us have listened to and loved since we were kids. Kermit the Frog sang it to us while sitting on a log with a banjo in The Muppet Movie, and from there, we all dreamed of its promise. As Madeline Mackenzie points out, though, we live in the real world, where believing fanciful illusions can have harmful consequences, and that means we have to stop lying to our children and to ourselves.

Maybe that’s what I love so much about this speech. It isn’t about anything, really. It’s just Madeline letting out her emotions and finally opening up about the world and how it has damaged her and all those in her life. Life is a bitch, and we have to push on, but scenes like this, where a character points out everything wrong with what we’re taught growing up, are beautiful.

Madeline Mackenzie is a deeply flawed character who feels entitled, and as if she is never really in the wrong, but isn’t that common among so many of us? Isn’t there somewhere deep within us that makes us think that we’re always right? And maybe that’s because we all have this idea that everything will work out, that everything is going to be fine, so we never see our wrongdoing. Whatever it is, it’s a reflection of us as human beings more than it’s a reflection of reality.

“What’s so amazing that keeps us stargazing and what do we think we might see?” the song asks, pointing out that we keep looking for something more because we keep trying to get to that happiness that we’re promised. Sure, it’s most likely a lie we tell ourselves to make life easier, but it’s also a beautiful look at human nature and our desire to find this happiness that we think we’re promised, and sure, Madeline Mackenzie may have selfishly made a press conference about kids about herself, but she made a beautiful point.

The rainbow connection might be what we all long to find, but I also think that this speech shows more about human nature and our determination to live and thrive. So sure, it’s all a lie that we tell ourselves to get through the day, but it’s also what we need, as humans, to continue to strive for that happiness that the rainbow connection would provide for us. Maybe I relate to Madeline Mackenzie the most on Big Little Lies because she just wants to find some kind of happiness, some kind of world where she feels like she belongs and can be happy, and that, to me, is the most relatable aspect of the show.

Everyone just wants to find the happiness they think they deserve, and as humans, we can all relate to that.