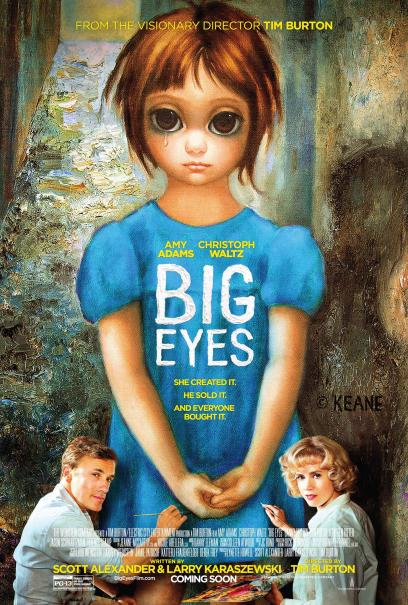 The first poster for Tim Burton’s biopic on pop artist Margaret Keane is here, and it does not disappoint!

For those of you not familiar with Keane’s work, the artist (played by Amy Adams) produced the portraits of big-eyed children that were particularly popular during the 1960s. The film follows Keane’s troubled relationship with her husband (Christoph Waltz), a self-professed painter who took credit for Margaret’s work. (Mild spoiler alert: one of the many reasons I’m excited for this movie is the paint-off that occurred in court during the Keanes’ real-life divorce proceedings.)

If you’re intrigued by Margaret’s story, you can also peep the trailer! Big Eyes comes out on Christmas.