Scientists: Some Black Holes Could Be Older Than the Big Bang 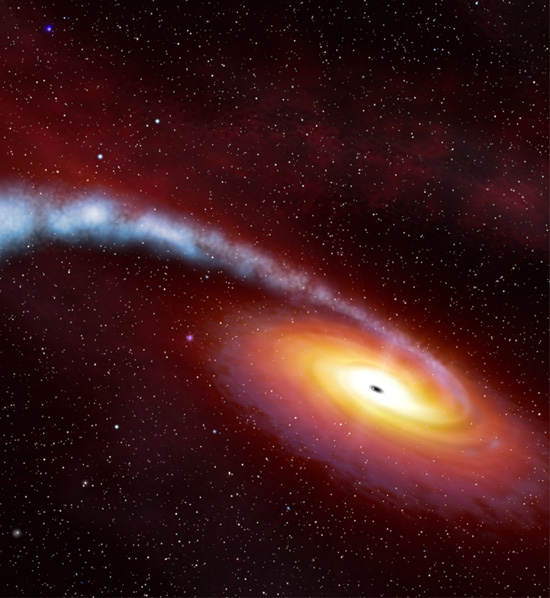 I’ll give you a minute to take that in.

Here’s how the theory goes: instead of a static nothingness prior to the Big Bang, some cosmologists believe that the Universe is destroyed and re-created in series of big bangs and big crunches. In this model of the Universe, everything explodes outward in a big bang type event, and then over the lifespan of the Universe contracts again into a single point in a big crunch before beginning the cycle over again. Sort of like a pheonix, but with a lot more squishing.

Two researchers believe that if this model is accurate, this would allow for the creation of black holes in the super-dense Universe that exists prior to a big bang that could survive into the newly created Universe. Bernard Carr of Queen Mary University of London and Alan Coley with Dalhousie University have brought this theory forward, and have even defined the mass range that these black holes would need in order to survive a big bang event.

While bold, their theory does present a problem in that it would be nearly impossible to identify these super-ancient black holes. Carr and Coley believe that they should die out, as many black holes do, with a burst of gamma radiation that would be detectable with Fermi Space Telescope. However, there is as yet no way to determine if gamma ray bursts are from a pre-Big Bang black hole.

This research is not the first to contend that information, or indeed objects, have survived the Big Bang. But with such a radical notion it will require a large body of proof to back it up, as all good science does. That said, if it were to prove true it would upset deeply-held public notions about our Universe and perhaps radically change the way we understand the origins of everything. Hold on to your hats, people.