Biden Won’t Cancel $50,000 in Student Debt Because It’ll Help TOO MANY People? 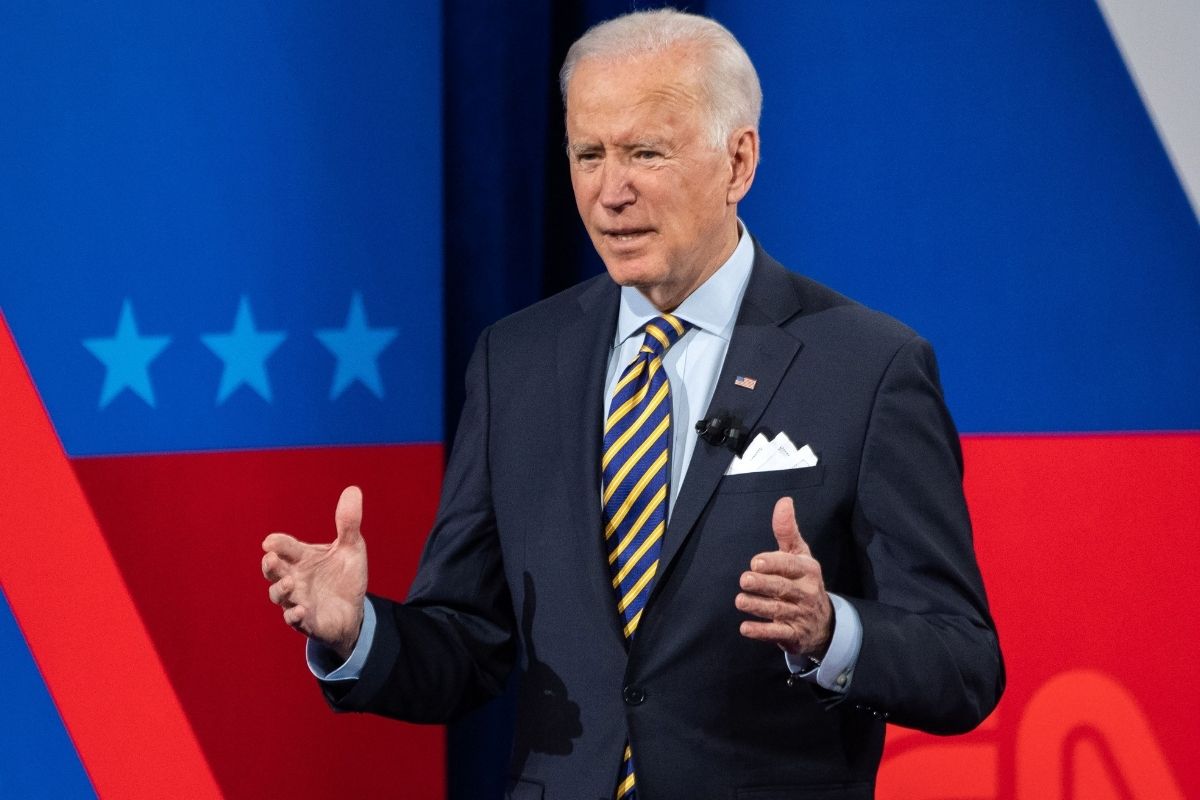 “I will not make that happen” is not the best way to start a productive dialogue. But that’s exactly what President Joe Biden said during a CNN town hall on Tuesday. An attendee asked Biden about Senate Majority Leader Chuck Schumer and Senator Elizabeth Warren’s proposal that would wipe out up to $50,000 in federal student debt. Biden added to this by saying, “It depends on whether or not you go to a public university or a private university.”

The president said he doesn’t want to forgive the debts of people who attended elite schools such as Harvard and Yale who often go on to make high salaries and added that he would instead prioritize childhood education for disadvantaged communities.

So, let me get this straight. Biden doesn’t want to forgive the proposed $50,000 amount in student debt, because it’ll help too many people, theoretically rich people in particular? People who went to “elite” schools who by dint of that degree must now be raking in high salaries? *scratches head in confusion* Because from where I’m standing it sounds more like he’s saying, “Sorry, I can’t help regular ol’ folks across the board because it might also help a few people who don’t need student loan forgiveness because they went to a fancy school and will make the money back anyway.”

“I’m prepared to write off $10,000 debt, but not 50, because I don’t think I have the authority to do it by signing” an executive order, Biden said.

If he has the authority to potentially write off $10k, why not $50k?

The president further said that families who make less than $125,000 and whose kids go to a state university should attend for free. He also expressed support for repaying debt as a portion of one’s salary.

No argument that that families making less than $125,000 should get to send their kids to state schools for free, but this does nothing for the millions of Americans who are currently drowning under massive amounts of student loan debt because they sought an education. As Rep. Alexandria Ocasio-Cortez pointed out in response to Biden on Twitter, “Entire generations of working class kids were encouraged to go into more debt under the guise of elitism. This is wrong.”

The argument that an elite college degree automatically equals a high future salary is also absurd on a good day and insulting in a time of pandemic-sparked massive unemployment and stagnant wages. Using this supposition as a reason not to offer widespread, comprehensive loan forgiveness is truly head-scratching. That’s why Biden’s immediate “no” rubs me the wrong way. He’s looking at it through such a narrow lens that it blocks out the possibility to help so many people.

People like me, who are still drowning in student debt.

People like my mother, who even after 5 kids is still paying off her loans.

People like my sisters, who will one day be saddled with loans.

It really shouldn’t matter where someone went to university and Biden can’t use the excuse that if you went to a nice school you can pay it off. The United States is a nation of people that are at this moment dealing with losing their family members and loved ones, their jobs, their homes, their livelihood, and their ability to pay their student debt. This was an impossibility for many even before the pandemic, with full-time workers barely managing to pay off the accumulated loan interest. Let’s focus on that instead of throwing down no’s, making nonsense excuses, and not helping the people who need it the most.

The idea that millionaires and billionaires are willingly letting their kids drown in federal student loans & that’s why we can’t go big on forgiveness is about as silly as it sounds.

Here’s the truth: Biden has the authority to cancel $50K in student loan debt and can do so with a stroke of a pen.

We should be investing in the futures of the American people where they aren’t crushed by exorbitant debt.

“The president said that he didn’t have the power to cancel up to $50,000 in student loan debt, but was prepared to forgive $10,000 instead.