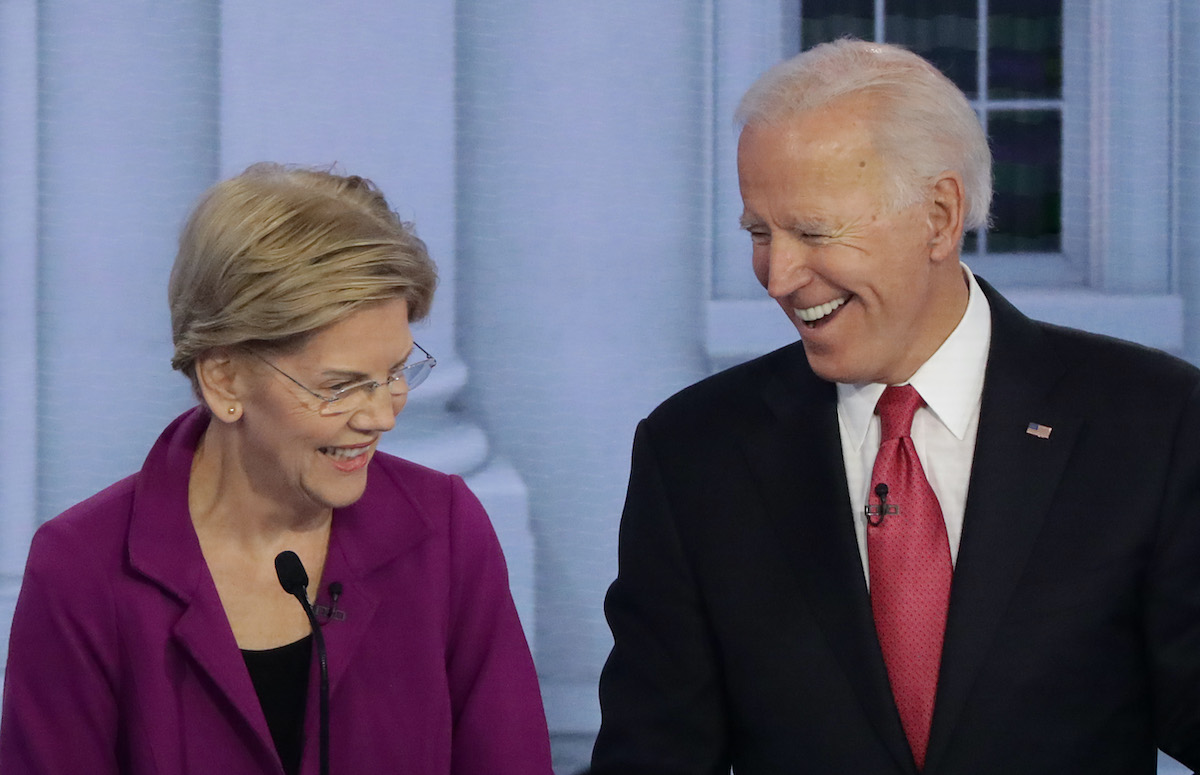 Barack Obama has played a huge role in shaping the careers of both Joe Biden and Elizabeth Warren. Biden had been a senator for decades, but it was serving as Obama’s VP that earned him enough goodwill to ride those coattails into a presidential frontrunner spot. As for Warren, it was Obama who appointed her in 2010 to set up the new Consumer Financial Protection Bureau–an agency she proposed establishing in 2007.

Obama is so popular among Democrats that it’s no surprise to see candidates work to remind voters that he likes them.

Biden has now launched a new campaign ad in a few post-Super Tuesday states. The ad, titled “Service,” will air in certain markets in Mississippi, Missouri, and Michigan, and is 30 seconds of praise from the former president. The ad is made up of snippets from Obama’s speech from the day he surprised Biden with the Presidential Medal of Freedom.

“Joe’s candid, honest counsel has made me a better President and a better Commander-in-Chief,” Obama says in the ad after listing off some of Biden’s specific accomplishments. “And all of this makes him, the finest Vice President we have ever seen. The best part is he’s nowhere close to finished.”

Warren launched her Obama-focused ad last month, featuring his praise for her and the CFPB.

“She’s a janitor’s daughter who has become one of the country’s fiercest advocates for the middle class,” he says, giving her full credit for the idea for and the creation of the CFPB. “She’s done it while facing some very tough opposition. Fortunately, she’s very tough.”

“Elizabeth understands what I strongly believe: that a strong, growing economy begins with a strong and thriving middle class,” Obama says.

People told me the CFPB could never happen, but it did. I was proud to fight alongside President @BarackObama for middle-class families. I know how to fight—and I know how to win. pic.twitter.com/zYppPvgwtL

It’s obviously a smart move to center ads around being praised by Barack Obama. But no candidate has Obama’s official endorsement and it’s not clear if anyone will get it. So far, he’s been staying out of the race.

Last week, he did call on TV stations to pull an anti-Biden ad from a Republican super PAC. The ad uses Obama’s own words from his 1995 book Dreams from My Father, but pulls them out of context to suggest Biden supports harmful racist “plantation politics.” Obama called the ad “despicable” and an act of voter suppression.

Obama also called Biden to congratulate him on his South Carolina win but still isn’t making any public declarations of support. A person close to the former president told CNN that Obama wants to remain a unifying presence for the party.

“He feels that he’s singularly positioned to help unify the party at the end of this,” the source said. “And if he were [to] try to put his thumb on the scale now, it would take away his ability to do so when it’s most needed–the general election.”