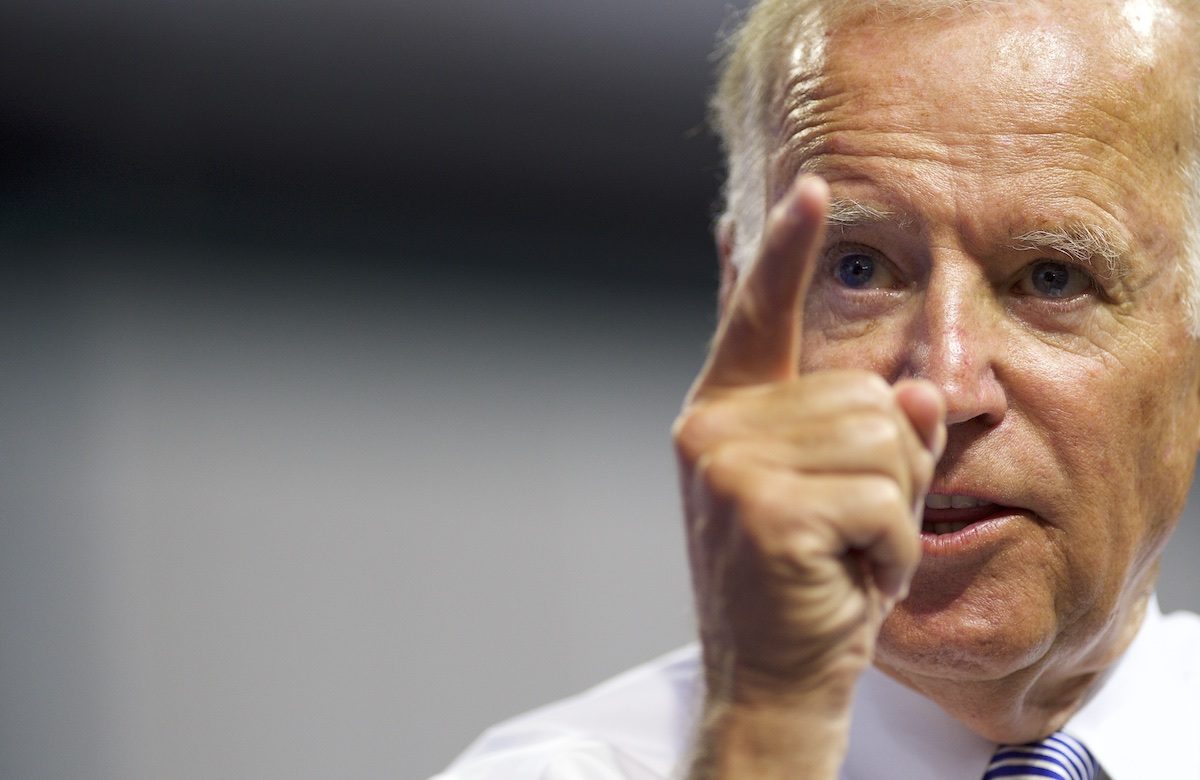 The conversation around Joe Biden and his habit of touching women without consent has proven to be a divisive subject over the last week. With at least six women now having spoken out about how he made them uncomfortable, some people view Biden’s behavior as wholly inappropriate; others see his actions as less egregious but definitely worth talking about. Many, of course, are defending him against criticism because they insist his intentions are pure and therefore he’s beyond reproach in any form.

But of all the reactions, the one I have no patience for is the idea that the criticism of Biden’s behavior is being manufactured by conservatives, designed to get Democrat voters to destroy themselves.

The women who have spoken out are Democrats. Most of them spoke about uncomfortable moments that happened at events that were celebrating or welcoming Biden–political rallies and fundraisers. Some were events centered around issues of sexual assault, happy to have Biden there as an ally. These women are not conservative shadow agents and no one is manipulating them. They are telling their own stories.

To be sure, many conservative voices are trying to control this narrative. (As are, I’m sure, some factions of the left, another common accusation.) Alt-right creeps like Jack Posobiec have been jumping into conversations that don’t concern them, displaying nothing short of glee over seeing a prominent Democrat figurehead be criticized like this. It’s concern trolling that doesn’t even try to fake the concern.

That’s what Donald Trump was doing when he tweeted this absolutely disgusting video earlier today. If you don’t want to risk the urge to claw your eyes out and want skip watching it, here’s the gist: It’s a section of Biden’s non-apology video, with a photoshop cutout of himself floating around behind the real him, hovering around and grabbing his shoulders and nuzzling his hair as Biden did to so many women. It’s gross.

What exactly is Trump mocking here? Biden’s actions? His attempt at self-reflection? Abuse or otherwise inappropriate touching and the women subjected to it? All of the above? I don’t think Trump knows. He, Posobiec, and other rightwing trolls use women as props to push to drive their male-centric narratives, as points earned or lost in ethics for sport.

They don’t care about the layers of nuance in what Biden is being called out for. They certainly don’t care about the very real women at the center of this conversation. If they did, Trump might see the utter hypocrisy in him, a man accused of sexual harassment and assault by dozens of women, joyfully celebrating something he most definitely doesn’t understand–he just knows a man is getting called bad on the internet and it’s not him.

Rightwing trolls aren’t driving this conversation. They’re circling it like sharks. It’s giving them far too much credit to believe that they are controlling the narrative in any way, when their leader there has shown what a total lack of comprehension he has on this subject (and most others).