Some Women Like Hugging Joe Biden, Some Don’t. It’s Not That Hard to Understand. 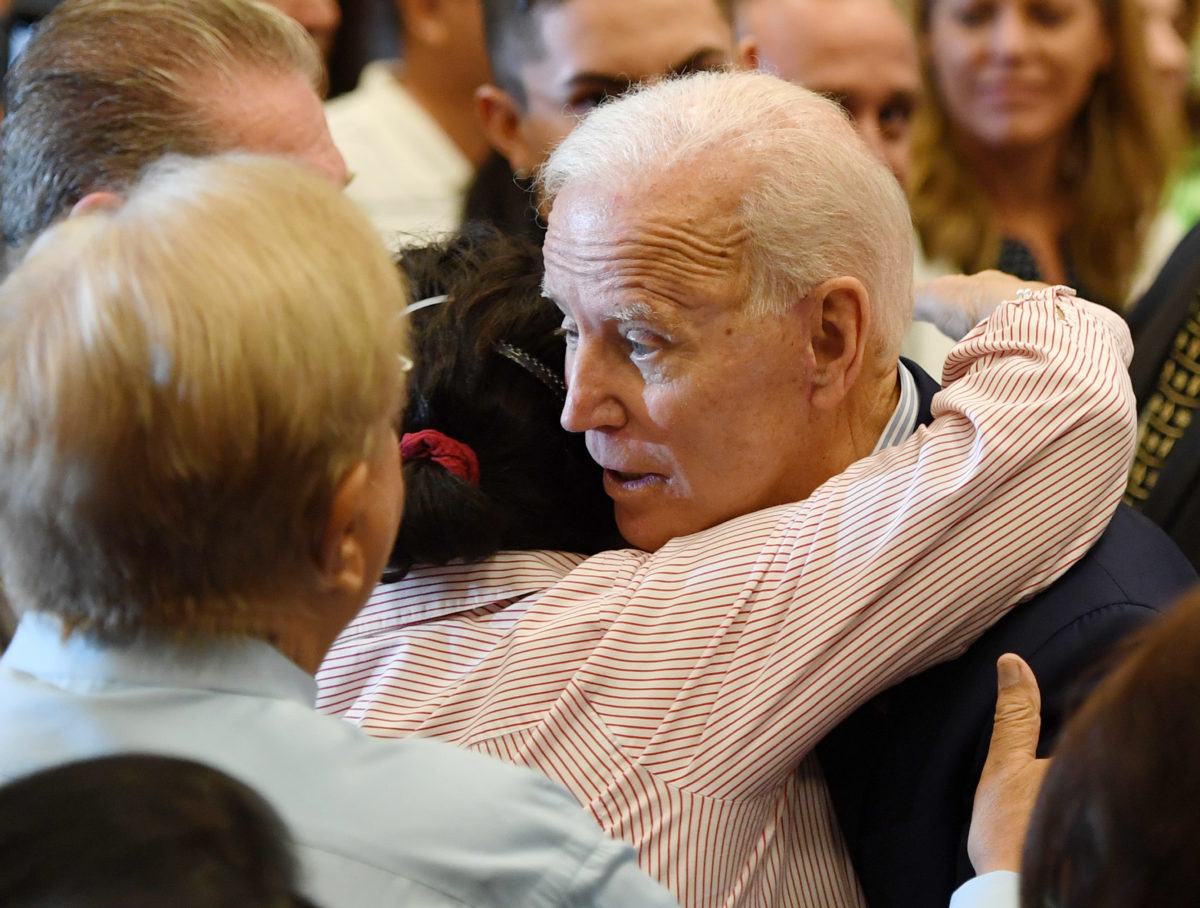 Joe Biden has faced a lot of criticism this year for his habit of being overly touchy with women he comes into contact with. Women have recently come forward to complain about this behavior happening in all sorts of contexts: Some were fans, some were politicians, some were meeting him at events dedicated to honoring sexual assault survivors. Their complaints were largely similar, describing hugs, kisses on the mouth or cheeks, hair smelling, and other acts that may not have been sexual, but that they didn’t find appropriate. They were not accusing him of deliberate sexual misconduct, but criticizing his lack of physical boundaries with women he didn’t know personally, who didn’t show reciprocal interest in engaging in such intimate touching.

All of that seems pretty reasonable. So what the f*** is the New York Times doing with this profile of women who are using the opportunity to hug Joe Biden as “an act of defiance” against those who have said they’ve felt uncomfortable with Biden’s touching?

Some women have said Joe Biden made them uncomfortable with his habit of unsolicited touches and embraces. But on the campaign trail, others are lining up to hug him — whether to make a statement or connect with a candidate they like. https://t.co/1Jjoo4hUmv

No, really. What is the point of this? “A hug can be an act of affection. Of encouragement. Of comfort,” the article reads. “When it comes to hugging Joe Biden, it can also be an act of defiance. At least, that’s how some of his female supporters see it.”

They quote a woman who waited in line to hug Biden, only to tell him not to apologize for his behavior—”never apologize for anything, ever.”

Biden did sort of, almost apologize for making women feel uncomfortable, although since then he has repeatedly made the issue into a joke. And now the Times is choosing to profile the backlash—the women who say they’d be fine with a hug from Biden, so anyone who doesn’t is wrong and overreacting. But the entire point of this conversation is right there in the headline (emphasis mine):

The Women in Line to Hug Joe Biden. Meaning, they’re consenting to the act, even initiating it.

A lot of people would be thrilled to hug Joe Biden. Over the course of this entire conversation, literally no one has said they shouldn’t be able to do that. But Joe Biden, both as a man and a person in a position of extreme power, would be right to see if those people initiate the hug.

What many women have said they haven’t felt comfortable with is when Biden hugs or kisses or strokes or smells their hair or makes some other very intimate gesture without their consent. Biden has also done these things to lots of others over the years who are not speaking out because they didn’t mind it, or they appreciated it. In what world does that have to invalidate the experience of those who didn’t?

Hmmm it’s almost like different women have different opinions and want to define their own boundaries. https://t.co/KLkDqq8M6s

This is reminiscent of how, after the first women spoke out against Biden’s touching, people on Twitter were quick to dig up pictures of those women hugging other politicians at campaign events, as if that were proof that they were hypocrites who just had a political axe to grind against Biden. In reality, getting the opportunity to engage in a consensual hug with someone you admire is very different from the kinds of experiences they described having with Biden, which, pretty much across the board, they described as having caught them off-guard.

Some women didn’t like the way Joe Biden interacted with them. Others would love a hug. Neither of those groups needs to be weaponized to disprove the validity of the other.