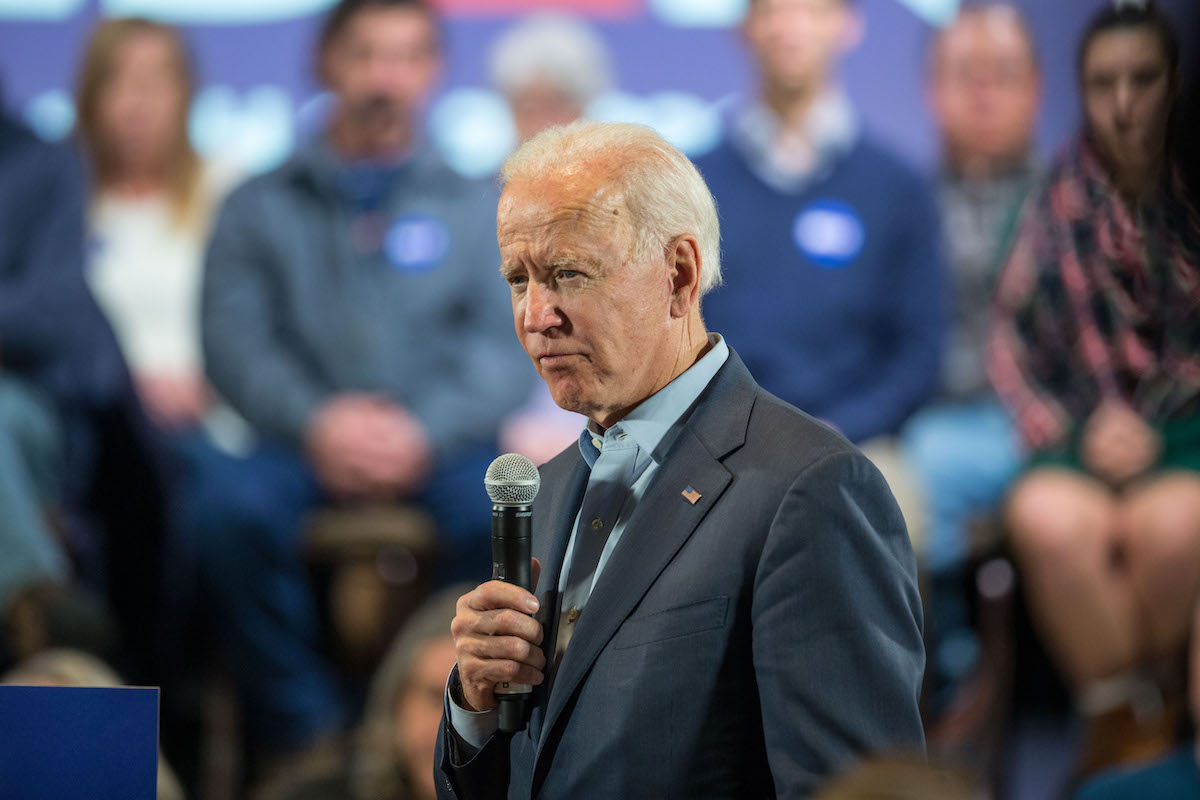 A brief clip of a speech Joe Biden gave at a recent campaign event has been making the rounds this week. The 19-seconds-long video shows Biden talking about how our American culture “is not imported from some African nation, or some Asian nation.” Rather, he says in the undeniably awkward video, “it’s our English jurisprudential culture. Our European culture.”

Those 19 seconds absolutely sound like something that you would hear at an alt-right rally or at Stephen Miller’s dinner table. That’s the point. It’s deliberately misleading.

Biden wasn’t promoting white “European” culture; he was condemning it. He was speaking about a culture of violence that we inherited and that we’ve continued to foster. He was specifically talking about the damage education secretary Betsy DeVos has done to the campus rape epidemic. The video omits that context, as well as Biden’s calls to change the culture he’s referencing.

Biden video going around is cut to make it appear that he’s touting European cultural supremacy and disparaging Asian/African culture. He wasn’t.

Full video below still shows that his terrible skill in speech disqualifies him, but not for that.pic.twitter.com/IHl5uOafZD

Now, there is still an obvious problem with Biden’s comments, even in context. The implication in his words is that we would expect violence to come from a non-white culture. That’s a terrible thing to say. On the other hand, Biden was speaking at an event in New Hampshire, where more than 90% of the residents are white. So it’s a bias that should be addressed. It should definitely be addressed more articulately than this, but it’s a world apart from the message Biden appears to be making in the out-of-context clip.

The edited video was shared by an anonymously-operated “‘weird twitter’ posting collective” along with a number of other brief clips from the same speech. They all make Biden look terribly inarticulate, awkward, and/or sexist–even more so than he usually comes across.

But while most of the tweets in the rest of the thread got a few hundred interactions at most (many received far less), the “culture” clip had, as of Thursday afternoon, 2.4K retweets and 5.7K likes, and those numbers keep going up. Which is really troubling as we look ahead to the rest of the 2020 race.

The 2016 election was dominated by misinformation. People on all sides were sharing articles from totally unreputable sources, often without reading the article at all. Doctored videos and conspiracy theories abounded.

We’re only two days into 2020. It’s too early to be falling back into all our old habits. (Just kidding, this kind of stuff never went away and apparently we’ve learned nothing from our mistakes.)

(image: Scott Eisen/Getty Images)
Want more stories like this? Become a subscriber and support the site!