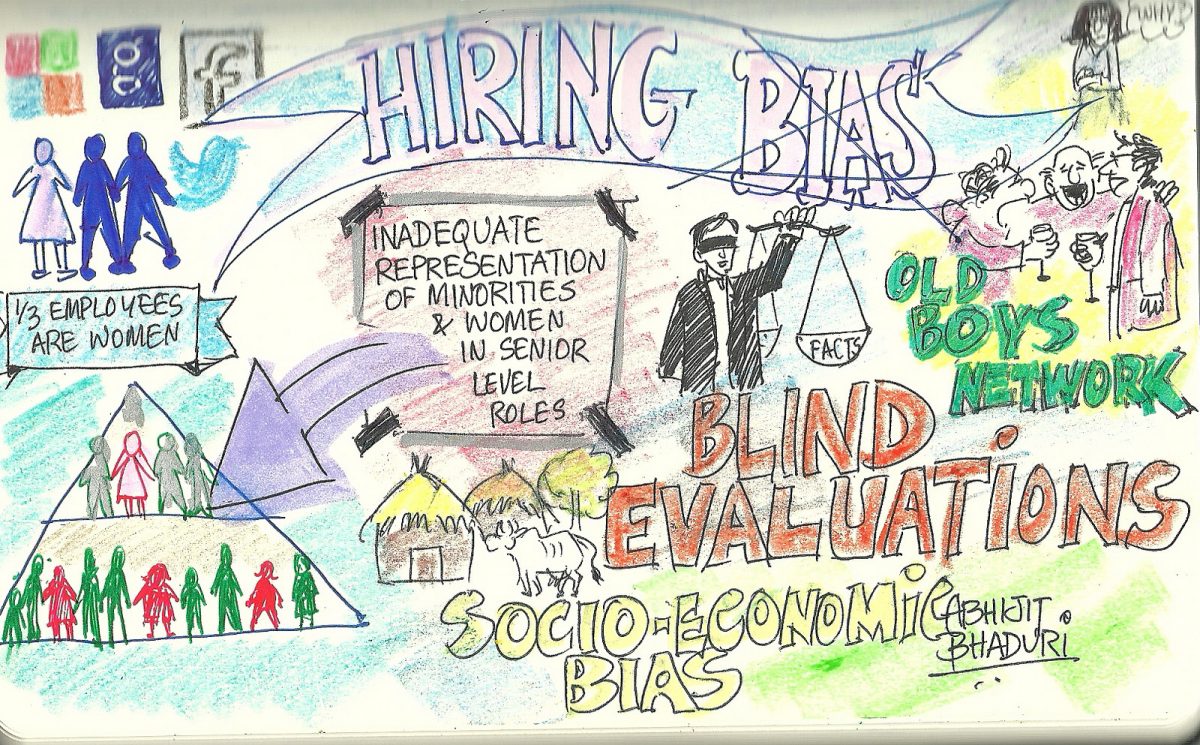 Same day, different shooting. This is basically what life in America feels like these days, and it’s harrowing and heartbreaking. The violence in and of itself would be bad enough, but there is also a deeper problem revealed as we look at the ways in which we talk about both shooters, and shooting victims.

Let’s start with the news that broke yesterday of a shooting that happened at Great Mills High School in St. Mary’s County, Maryland. Seventeen-year-old Austin Rollins shot 16-year-old Jaelynn Willey and then ended up dead himself.

According to ABC News, “A school resource officer got there within a minute and fired a shot at Willey, but it’s not yet clear whether Rollins was killed by the officer’s bullet or took his own life.” A 14-year-old boy was also shot in the thigh during the incident.

Now, this sounds completely off the wall, right? Because as we all know, or should, there’s never a good reason for a seventeen year old 1) to have a gun in school in the first place, or 2) shoot a fellow student. ABC News reports:

“The St. Mary’s County Sheriff’s Office said Wednesday that Rollins and the girl had been in a relationship that recently ended. Authorities had previously only said that the two had had a relationship of some sorts.

“‘All indications suggest the shooting was not a random act of violence,’ police said in a statement.”

OK, those are facts. Rollins and Willey had been in some kind of romantic relationship. Whether it was past or current is unclear. What is clear is that Rollins had to have had the gun for a while, and planned to bring it to school specifically to use on Willey, unless he was just walking around packing all the time. Either way, while it wasn’t a random act of violence, it was a savage, premeditated one.

Committed by a white boy against a girl he was either dating or wanted to be dating again. Or didn’t want to be dating anymore. Whatever his motivation, it would not have been an excuse for taking someone’s life so brutally.

And yet the ABC News headline is: “Police: Maryland school shooter apparently was lovesick teen.”

That’s not what the police said. According to the article, the police confirmed a romantic relationship. The oh-so-relatable and damn near harmless-sounding “lovesick teen” angle was all ABC. So much so that they doubled down on it in their opening paragraph: “Tuesday’s school shooting in southern Maryland that left the shooter dead and two students wounded increasingly appears to be the action of a lovesick teenager.”

Hey ABC, shooting someone isn’t love. Stop using fluffy terms to make a teenage shooter seem somewhat charming, relatable, or sympathetic. Two people are injured, and a girl is fighting for her life in the hospital right now thanks to the actions of a violent human being. This wasn’t an accident, and it certainly doesn’t deserve to be given any kind of a benefit of the doubt.

Now, imagine if the shooter were black. Would he still be a “lovesick teen” then?

It’s hard to imagine that being true, when even the way we write about black victims of gun violence portrays them negatively:

Exhibit A: a serial bombing terrorist.
Exhibit B: an innocent child.

This is not objectivity. The @nytimes is in the business of humanizing white murderers and demonizing murder victims of color. #WhitePrivilege pic.twitter.com/hKEn81gp6L

The general reporting on the Austin bomber, a white guy who targeted mostly people of color, has been in the same vein, with supposed “newspapers of record” helping us “get to know” the shooter by saying he was a “quiet, nerdy young man” who “loved his family.” You’d think that if the New York Times was heaping that much love on a shooter, they’d have nothing but praise for the victim of a shooting.

And yet, when unarmed, 17-year-old Trayvon Martin was shot back in 2012, the Times felt the need to bring up the fact that he’d smoked marijuana. Like, what the fuck does that have to do with 28-year-old George Zimmerman shooting him for “looking suspicious” while being black and wearing a hoodie? Absolutely nothing.

Getting back to current events, like the serial bomber in Austin, Kumail Nanjiani has a point:

If this terrorist bomber was a brown guy, my mom wouldn’t be able to leave her house for a week.

The media seemed to do everything possible to withhold the suspected bomber’s identity for as long as possible. Then, when the bomber’s identity was released, he was made to seem like…the nicest guy on the planet. You know, except for that whole targeted serial bombing thing.

There goes the New York Times again, quadrupling-down on protecting white privilege at all costs. Even if it means showing the “nice side” of someone who regularly killed people with bombs.

Had the suspect been black, or brown, we would have already been bombarded with every skeleton in this guy’s closet. Getting to be a “nice guy” even after having shot or bombed someone is the epitome of white privilege. If you’re ever wondering what exactly white privilege is, THAT’S it.

We desperately need our media in order to shine a light on the injustices of our government and other major institutions, which is why it is all the more important that we examine the language we use and the narratives we’re creating when telling people what’s going on in the world. Otherwise, we’ll be guilty of perpetrating the very racism and white supremacy many of us purport to fight.

Unless, of course, that’s the point. Unless an outlet using this language in this way is done very much on purpose. Unless they know about their bias, and they just don’t care. To be honest, that wouldn’t surprise me. But I’m still hopeful that I’ll be surprised.