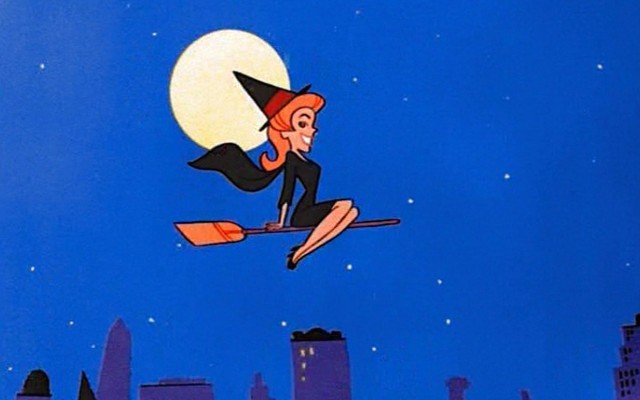 One of the most beloved television sitcoms and the originator of the take-no-sass witch, Bewitched aired on ABC for eight years, and brought us the brilliance that was Elizabeth Montgomery. Having apparently learned nothing from the travesty that was the 2005 Nicole Kidman/Will Ferrell remake, people are trying to revive Samantha for the small screen. Stop.

Though a few years ago it was reported that Miss Congeniality writer Marc Lawrence was planning on bringing Bewitched back for CBS, it now appears to be in the hands of Never Been Kissed scribes Abby Kohn and Marc Silverstein. The project, which would be set in modern times (ugh) comes from Red Wagon Entertainment, the same people behind the atrocious movie and the failed 2011 reboot, so that’s already a horrible sign.

And, yes, this means they would be remaking a show they just made a remake of that was all about parodying Hollywood’s incessant need to remake everything.

Full disclosure: I was named after the titular witchular, Samantha Stephens, so I naturally have a strong and fierce protectiveness over Bewitched. Additionally, I admit I really do enjoy the current Hawaii Five-0 remake on CBS. But Hawaii Five-0 has Alex Kurtzman and Roberto Orci going for it (along with Alex O’Laughlin’s Alex O’Ablins); and their writing record (Alias, Star Trek, Sleepy Hollow) is far superior to Kohn and Silverstein’s (Valentine’s Day, He’s Just Not That Into You, The Vow).

Basically: go buy the DVDs and enjoy yourself some good ol’ fashioned ’60s witchery (complete with the not-so-currently-awesome implications about women, but you have to look at it through a culturally aware and critical lens while you enjoy it). This remake is only allowed to occur if they also badly remake I Dream of Jeannie and then pit them against each other.