Understanding the Fear That Takes Over Beverly Marsh | The Mary Sue 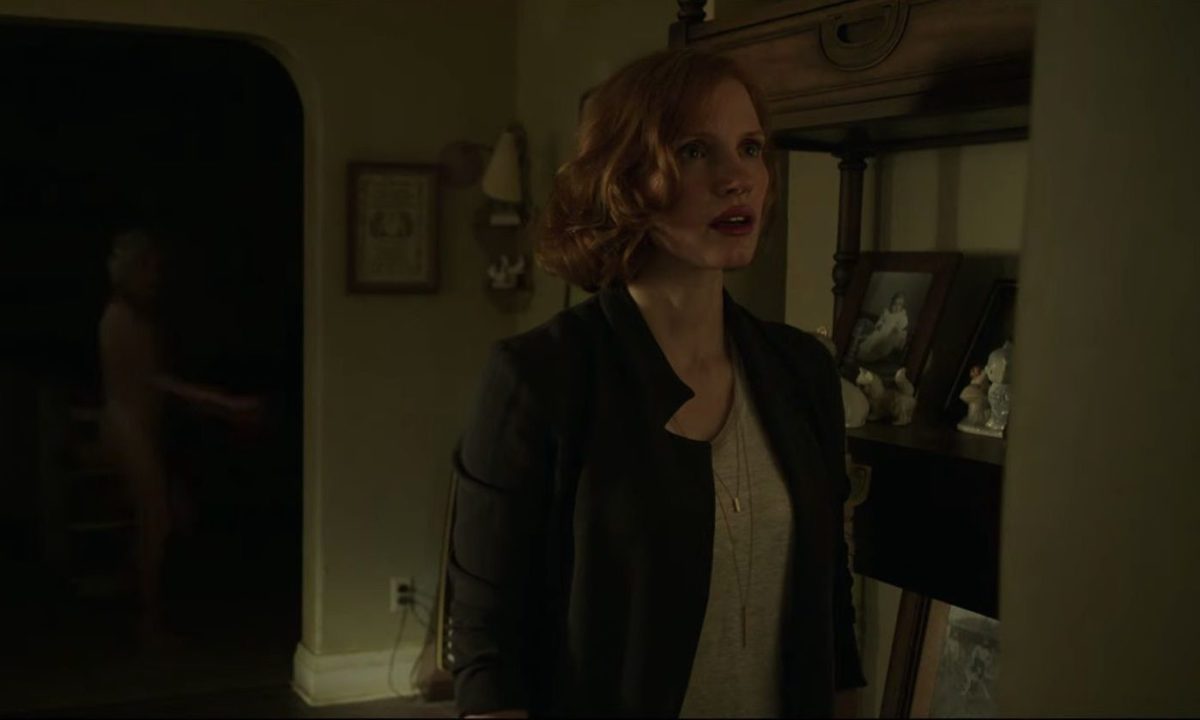 **Minor spoilers for IT Chapter 2 lie ahead.**

Rooted in her father’s advances, Beverly Marsh has always had a fear of being a woman. In 2017’s IT, we watched as a young Beverly started her period, consumed by the fear of what that meant and how it would further her father’s obsession with her. This fear is one that seems to encompass Bev’s entire life, and to be quite honest, feels as if the only fear that Beverly has is rooted in her fear of being a woman.

IT Chapter 2 takes Bev’s fear and throws it further into the psyche of a woman. Jessica Chastain brings an older Bev to life, stuck in another abusive relationship. While it isn’t clear if she remembers the pain inflicted on her by her father growing up, Bev seems to be trapped in the same cycle of being with a man who sees her for her body and nothing more.

What’s interesting with her fear as an adult though is that it’s seemingly rooted in being an older woman. Pennywise has an ability to bring out fear in each member of the Losers’ Club. With Richie, his fear is being outed about his sexuality, while Bill’s is the overwhelming guilt he feels for the death of his brother, Georgie. Sure, Eddie and Ben’s fears never really changed from when they were children, and Mike’s fear is more about Pennywise manifesting racism than anything else, but with each of the Losers, we can see what drives them and terrifies them.

It says more about Pennywise, though, that the way he targets both Bev and Richie is through either sexuality or gender. With Eddie, Ben, Stan, and Bill, they’re all rooted in their psyche and mentality about things, but Bev, Richie, and Mike are all through societal pressures? Okay, Pennywise.

That being said, there’s something to note in Bev’s fear of growing as a woman in both movies. For me, it felt like that was the only fear that could be explored within a woman, and as an anxiety-riddled human, it felt like women were, yet again, pushed into their own bodies and that is where her fear was rooted.

And maybe that is how Bev overcomes Pennywise both as a child and again as an adult, because there are fears bigger than the simplicity of being a woman and how that is perceived by a man. But then again, maybe Bev is just a lot stronger than Pennywise could have thought. Either way, it was a little interesting to see how Bev, Richie, and Mike’s fears differ from the supposedly straight white men of the group.

I think that childhood Bev’s fear was warranted, especially with the fear of what her father would do to her now that she had, in the eyes of society, became a woman. But in IT Chapter 2, it felt like a kind of continuation of the fear of being an older woman when Bev had so much more in her life that Pennywise could have taken from. Again, that’s more a reflection on Pennywise being sexist than anything else, but it made me look at Bev’s fear in comparison to my own fears and wonder how society views women and their own anxieties about aging and growing older.

Bev goes into her childhood home, a place where an older woman now lives, and is confronted with a terrifying older woman with sagging boobs running after her. Why? Because, to me, she has a fear of aging and what it would mean for the men in her life. After watching Bev fight off her abusive husband and sport the bruises of his attack on her wrist throughout the duration of the film, I think there were other fears that Pennywise could have attacked within the one woman of the group that weren’t necessarily about her body.

But then again, Pennywise is a sexist, racist homophobe, and that’s why a bunch of 40-year-olds bullied him to death.

IT Chapter 2 makes us examine ourselves and the fear that drives us, and it made me question what kind of fear Pennywise would use against me. Would mine just be a bunch of sharks everywhere, or would it be a fear more deeply rooted in my psychology? Just me alone in a dark room? Anyway, it wouldn’t be this old woman with saggy boobs, and that’s probably why Pennywise is a dead clown now.