'Between Two Ferns: The Movie' Is Everything We Loved and More | The Mary Sue

Between Two Ferns: The Movie Is Everything We Loved About the Sketches and More 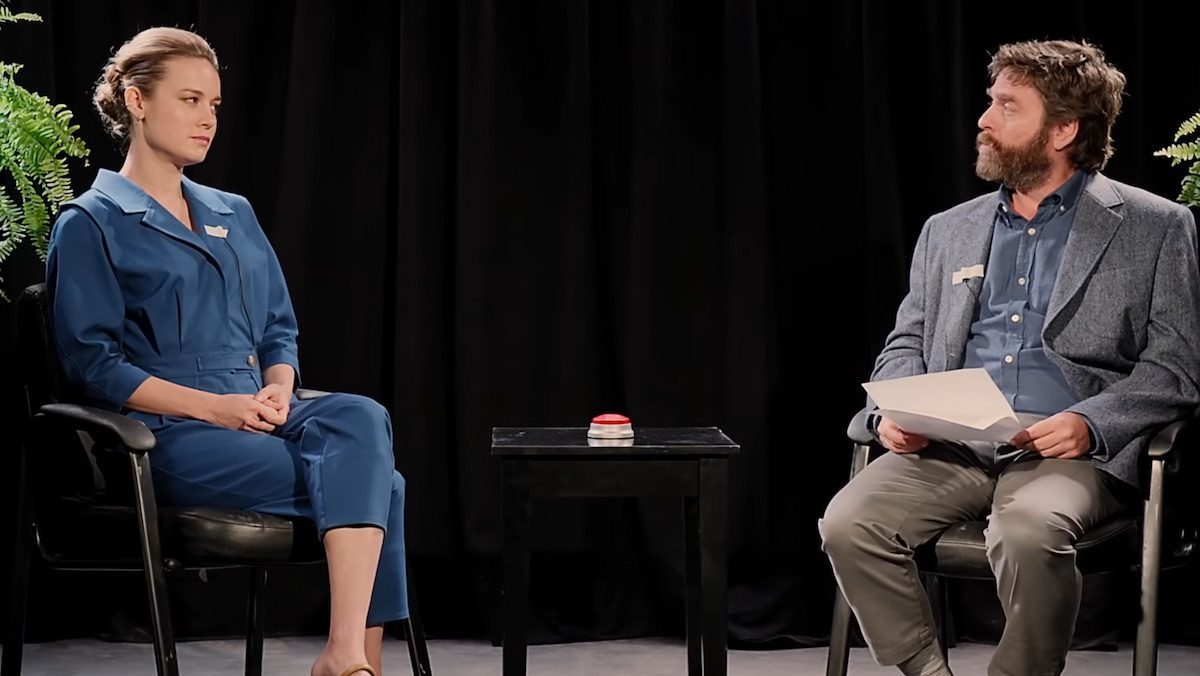 There was a time when many of us would anxiously await the next Between Two Ferns interview from Zach Galifianakis on Funny or Die. A talk show where celebrities would sit down and prepare to be insulted while being interviewed, the series brought Galifianakis to us in a different way than we were used to. He wasn’t the bumbling Alan from The Hangover anymore, but rather, the idiot who didn’t take celebrities seriously and insulted them at every turn.

So now, with Between Two Ferns: The Movie, we’re revisiting what made the sketches so special. First, let’s look at one of the most iconic sketches that Galifianakis and co. did for Funny or Die:

So now, imagine watching a, roughly, 90-minute movie of interviews much like this one, with a bit of a storyline thrown in. That’s what you get with Between Two Ferns: The Movie. Directed by Scott Aukerman, the mainly improvised movie is exciting for a lot of reasons. Not only does it bring Zach Galifianakis back to us, but it’s yet another foray into the Galifianakis-trapped-in-cars cinematic universe. (I like to believe that this is a prequel to the movie Due Date.)

You can watch the full trailer here:

Set in North Carolina, the movie has Zach Galifianakis finding a way to appease the comedy backing of Will Ferrell (who hired Zach Galifianakis and Between Two Ferns for Funny or Die, knowing that Galifianakis thought he was being a serious talk show host). When Galifianakis accidentally floods the studio where he films, he has to take his show on the road and travel to the celebrities instead, in order to get his interviews to Ferrell in time so he can get his own talk show like he’s always wanted.

On the journey, they meet the likes of Chrissy Teigen, David Letterman, Brie Larson, and more. Insulting them all, running into slight detours, and trying to remember what Between Two Ferns means to all of them, the cast of Galifianakis, Lauren Lapkus as Carol, Ryan Gaul as Cam, and more fights against the “Hollywood” system to stay true to their art. (Their art is Galifianakis being a terrible talk show host, but you get the idea).

Between Two Ferns: The Movie renewed my love of Zach Galifianakis and his quirky talk show host persona. Do I wish that there were nightly episodes of this? Yes, of course. Who wouldn’t want to see Zach Galifianakis trying to steal Peter Dinklage’s belongings for money on a daily basis? But maybe that’s why we love this weird little series of talk shows so much. It’s limited, brilliant, and now we have an entire movie worth of interviews at our disposal.

The film is available on Netflix and is a wonderfully fun time. And oh, it’s fun to play “What celebrity are they going to get next” because there is no way you can predict the caliber of stars that are willing to be interviewed (and subsequently insulted) by Zach Galifianakis.