In a 1991 Interview, Bette Midler Said Geraldo Rivera Drugged and Groped Her 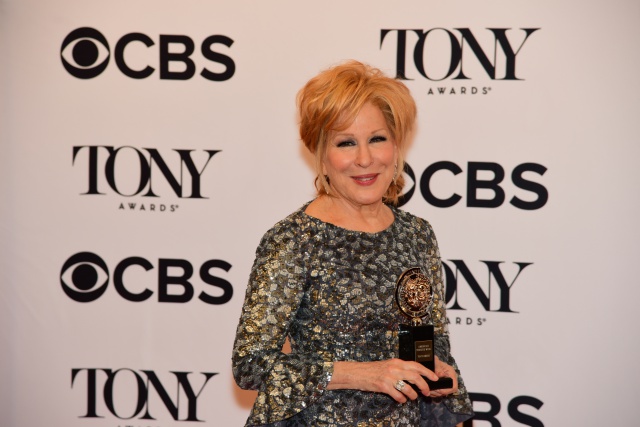 Last year, reporter Kinsey Schofield tweeted a clip of an old interview between Bette Midler and Barbara Walters, in which Midler claimed that during her first meeting with Geraldo Rivera, he drugged and groped her in a bathroom. This interview was from 1991 with Barbara Walters. The context for the question was that back in 1991, Rivera being the charming guy that he is, said that his memoir would have details of his “conquest” of Midler. Yep, so charming.

Jezebel brought this up after a series of tweets by Rivera, where he calls Matt Lauer a “great guy” and creates his own standards of what allegations should require. Let us see the bullshit in his own words shall we:

Sad about @MLauer great guy, highly skilled & empathetic w guests & a real gentleman to my family & me. News is a flirty business & it seems like current epidemic of #SexHarassmentAllegations may be criminalizing courtship & conflating it w predation. What about #GarrisonKeillor?

A jerk’s a jerk in dating. #SexHarassment should be confined to situations where superior imposes himself on subordinate who feels unable to complain because of power of perp or feared consequences to victim’s employment. Shouldn’t be used to get even w bad bosses or hated ex’s

#SexHarassment allegations should require: 1-made in a timely fashion-say w/n 5 yrs. 2-some contemporaneous corroboration, like witnesses, electronic or written communications. W $ settlements in multi-millions slight chance exists some victims are motivated by more than justice

This issue is so red hot right now there is no room for any thought or opinion but hang em high. If News wasn’t (formerly) a flirty biz then how do we explain so many newsroom courtships that have led to happy marriages?

Yes, we must beware the tricky women who are out to steal your money and ruin your reputations! Not denouncing the man who had a literal harassment button built into his desk. But no, continue to put your hands on women’s breasts uninvited, because why not. While Rivera has since backtracked about his comments, the issue that truly bothers me—and has been touched on here before—is that men think this … is courtship.

That the ability to be able to flirt and hit on women in the workplace is part of a dating environment and if the girl can’t deal with it then … well, nothing. Men want to be able to flirt in as inappropriate a manner as they like and not be seen as jerks, but if a woman is uncomfortable and makes a complaint, then she somehow is still the problem because damn can’t a guy just say your breasts look amazing today without having to worry about losing his job?

Also, it shows just how much things have changed that this video was tweeted out last year and I saw nothing about it, but now we live in a constant stream of harassment news. Hell, the fact that this interview has existed for years and I just saw it today infuriates me. Women have been talking about this for decades and no one was listening, but then men want to act as though a “witch hunt” is going on.

No sirs, you were the ones doing the hunting, and now you are paying the price. This has clearly been a long time coming, and now that people are listening, a lot more women are going to be talking. So instead of crying about the end of workplace “courtship,” start learning about how to go on actual dates.

(via Jezebel, image: a katz / Shutterstock.com)