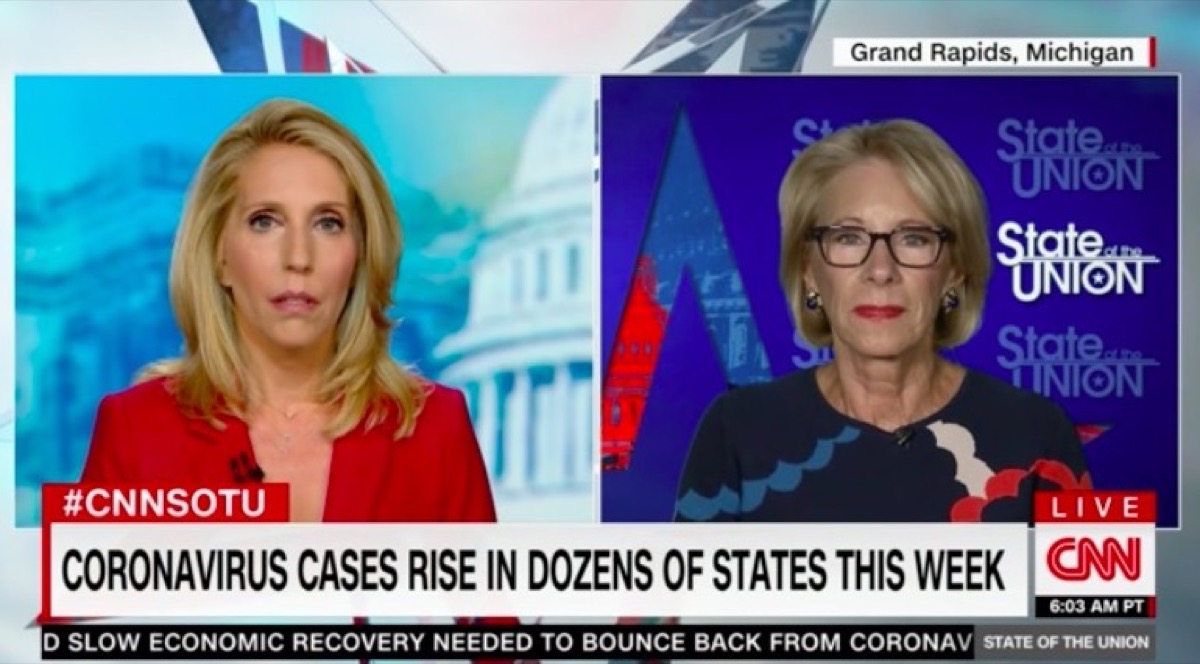 When Trump’s secretary of education, Betsy DeVos, appeared on CNN to discuss the administration’s pandemic plans, specifically in regard to getting kids back to school, I don’t think she realized quite how well she would illustrate their overall strategy—if you can call it that. She made it very clear that their plan is to abdicate responsibility and let someone else (or many someones, on the local level) figure it out, go light on preventive measures until it’s too late, and preach that getting back to normal is the most important thing without doing anything to help us actually reach that goal.

If that’s not the Trump administration’s approach to this whole pandemic, I don’t know what is. DeVos started off the interview by telling CNN’s Dana Bash that the goal is to get kids back to full-time learning, in classrooms, with which Bash, of course, agreed. Sounds good, right? Yeah, it sounds less good when you do little more than repeat that same line for over 20 minutes in the face of grilling about safety and exactly how to accomplish that in the midst of a growing pandemic.

The interview got even worse as DeVos’s vagueness broke down over time and she basically admitted she wasn’t just suggesting that kids’ education needs to be full-time even if it’s online, but instead talking about sending all kids back to school in the fall, waiting to see if catastrophe strikes any schools, and then maybe considering taking the steps that could’ve prevented that from happening. Again, that sounds very similar to the Trump administration’s plans this whole time, where the party line has been “Well, why take strict precautions if things aren’t so bad?”

This is no different from the disastrous push to “reopen the economy” too soon. The point of the precautions is to prevent things from getting so bad. We know they will. It has already happened in our own country and around the world, and right now we’re seeing outbreak spikes in the U.S. driven by states whose governments somehow didn’t understand why they should take appropriate measures to prevent a spike, just because they didn’t already have a spike on their hands. I guess that’s what happens when the president is still on Twitter spreading the idea that the pandemic is nothing more than a political attack against him.

As Bash pointed out, the pandemic is worse now than when schools were shut down in the spring, which makes taking less strict measures against it an absurd and frankly dangerous approach. 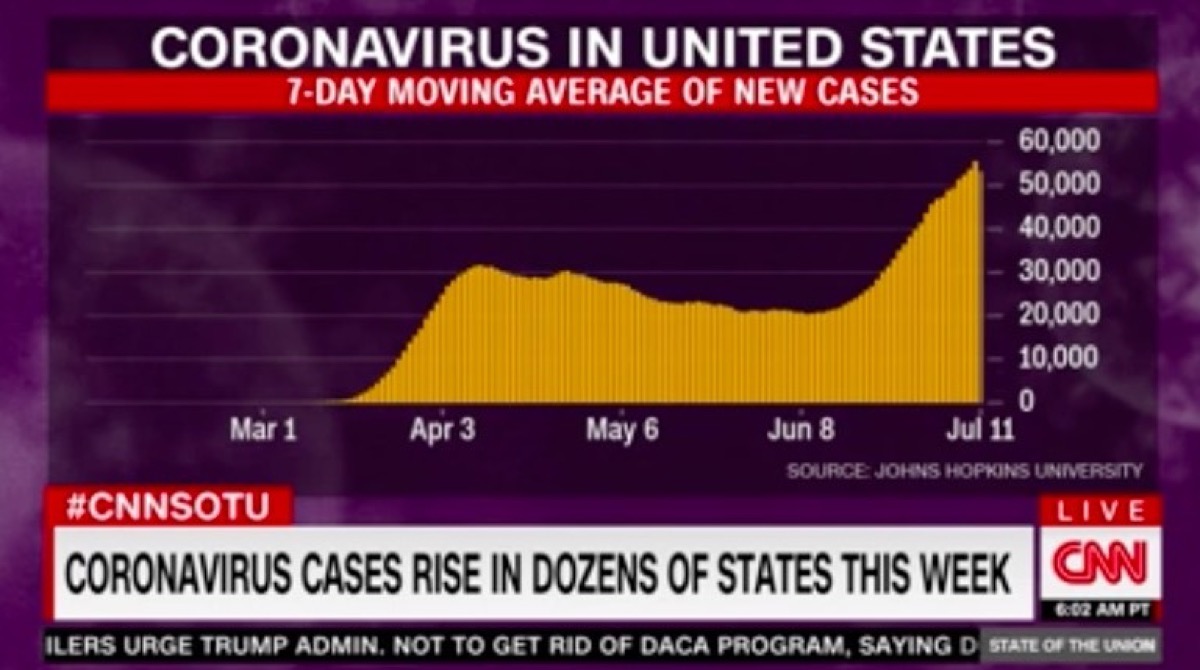 As Bash also pointed out, DeVos wasn’t just making the gentle suggestion that each individual school in the country should reopen as much as possible within the scope of safety, based on their local pandemic conditions, despite her repeated efforts to position herself that way. The Trump administration is rightfully under fire for its zeal to bully schools into reopening for in-person classes whether it’s advisable to do so or not, and DeVos herself has taken fire from Fox News anchor Chris Wallace for threatening the federal funding of schools that don’t reopen (which they can’t do)—another thing she couldn’t answer for when questioned by Bash.

This is not a well reasoned, thoughtful approach to the difficult problem of kids’ education and parents’ needs during a pandemic, which is what we’d hope for from the education secretary in such a situation. That was evident in many ways throughout the interview, including when DeVos compared the United States reopening schools to countries that have actually gotten the pandemic under control in a way we emphatically have not.

This is the same failed non-approach to pandemic response that we’ve seen from the Trump administration already, which has only made things worse and put us further from goals like reopening schools safely, this time applied directly to the nation’s children—and their families, teachers, school employees, and of course, everyone else, because that’s how highly contagious diseases work.