Dolores Dumbridge is at it again. 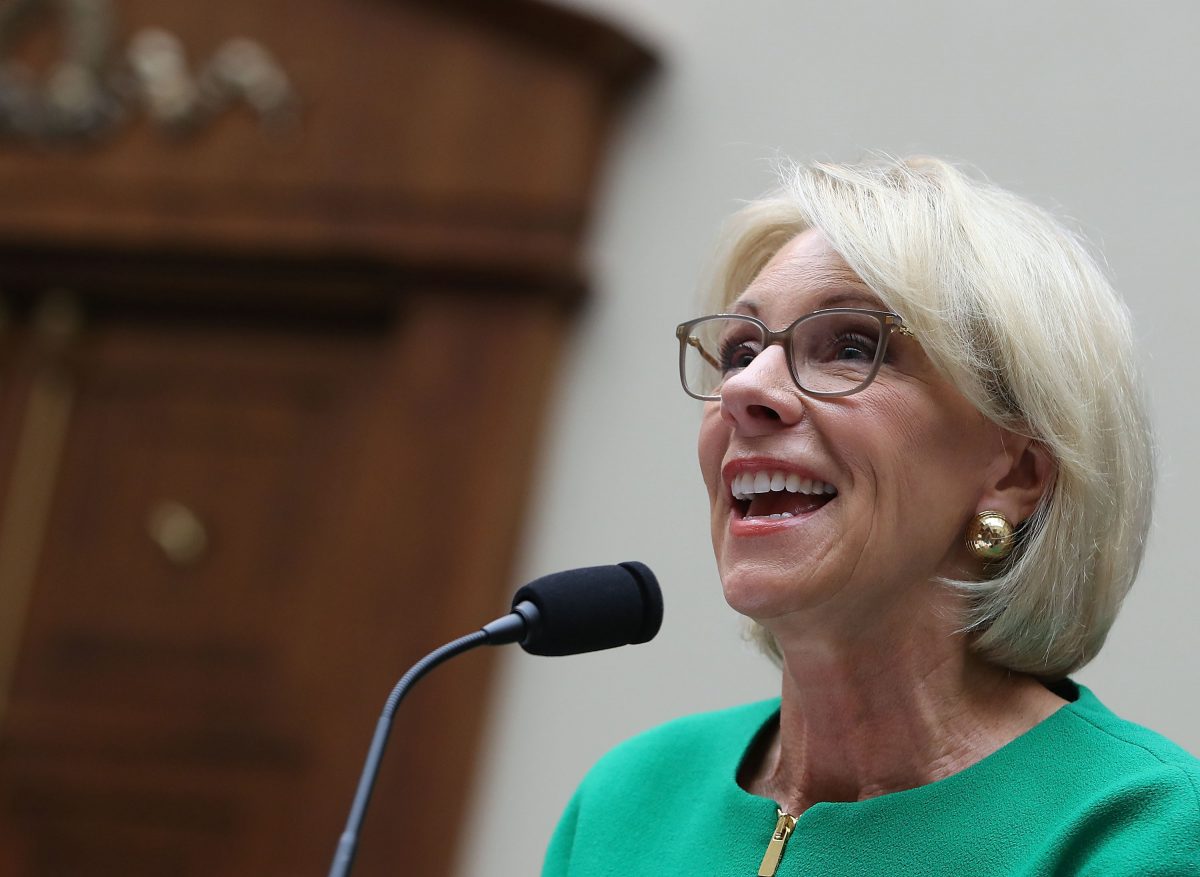 It turns out that putting Aunt Lydia in charge of our educational system has some pretty horrific consequences. Her latest actions follow reporting back in August that Education Secretary Betsy DeVos had proposed policies geared towards expanding the rights of those accused of sexual assault while making it more difficult for survivors to file a complaint and press charges.

DeVos has been rolling back Obama-era protections and guidelines for the Title IX civil rights law, after meeting with men’s rights activists and deciding that they were inexplicably more victimized than, you know, actual victims of sexual assault.

The newest proposals to overhaul Title IX include plans to narrow the definition of sexual misconduct to “unwelcome conduct on the basis of sex that is so severe, pervasive, and objectively offensive that it effectively denies a person equal access to the recipient’s education program or activity.” This extreme definition not only empowers the accused, but puts a greater burden of suffering on the victims. It’s like the height requirement to ride a roller coaster: You must be THIS assaulted to lodge a complaint.

This new definition is part of a larger plan to decrease the reporting of sexual assault and misconduct on campus, which is being sold not as a protection for students, but as a cost-saving measure for schools and universities. DeVos’s report suggests that this new definition could save schools an estimated $286 to $368 million over 10 years, because saving money is more important than victims’ rights, apparently.

Sage Carson, manager of the anti-sexual violence organization Know Your IX, said, “These proposals signal the Department of Education’s decision to prioritize schools’ bottom line over survivors’ right to an education. If these draft rules become law, more survivors will be forced out of school by harassment, assault, and their schools’ indifference to their complaints.”

DeVos’s proposals also limit a school’s liability, claiming that an educational institution is only responsible for assaults that happen on campus. This discounts assaults at off-campus bars, frat houses, or other shared living spaces where the majority of assaults happen. The new guidelines also encourage mediation over prosecution, and allows representatives of the accused to cross-examine the victims, which can be a traumatic experience.

Victims are further limited by new rules that would require students to report any assault to a Title IX coordinator instead of a trusted professor or adult, which only encourages them to stay silent. Jess Davidson, executive director of survivor advocacy organization End Rape on Campus, said, “This isn’t somebody trying to create fairness in the process, this is somebody who is trying to prevent the process from taking place at all.”

These new proposals serve as a blueprint for disenfranchising victims and making assault more difficult to report than it already is, but this disenfranchisement doesn’t exist in a vacuum: These policies are kindred to voter suppression tactics and other civil rights violations the right has been promoting for decades. These proposals all share the same DNA of making things worse for our society’s most vulnerable members while securing the supremacy and money of old established institutions.

But DeVos’s awful agenda isn’t law just yet. Her department is legally obligated to hear public comments and complaints, so if you’re as horrified by this proposal as we are, then visit NASPA.org to make your voice heard.