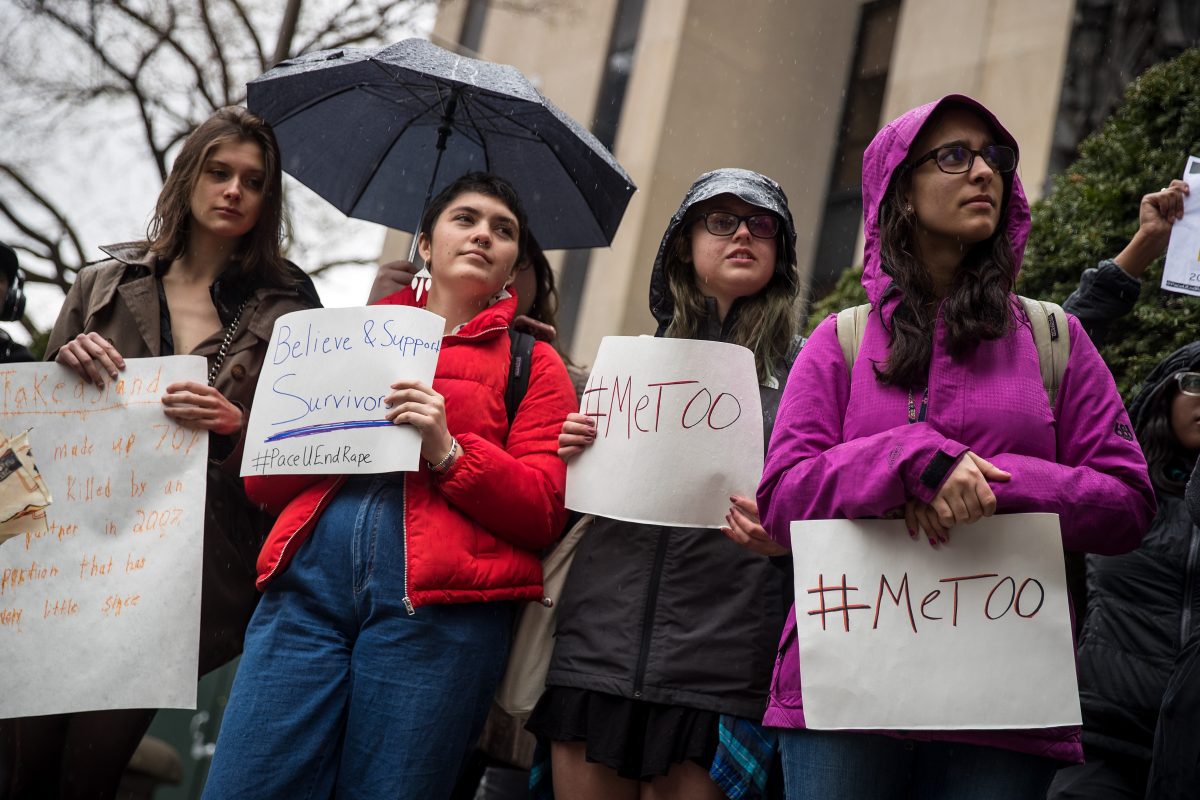 Secretary of Education/America’s Dolores Umbridge Betsy DeVos has announced a new set of policies on campus sexual misconduct and assault that offer more protections for the accused and the educational institutions involved, but not for the victims of the assault. After meeting with mens’ rights activists last year, DeVos had already taken steps to roll back the Obama-era protections for sexual assault victims.

DeVos’s proposed plan involves a new Supreme Court definition of sexual misconduct, which the Obama administration defined as “unwelcome conduct of a sexual nature,” as well as “unwelcome sexual advances, requests for sexual favors, and other verbal, nonverbal, or physical conduct of a sexual nature.” DeVos’s proposal defines sexual harassment as “unwelcome conduct on the basis of sex that is so severe, pervasive and objectively offensive that it denies a person access to the school’s education program or activity.” So don’t worry, students; unless a lecherous professor is literally blocking the door of his classroom with his boner, you’ve got nothing to complain about.

But wait! It gets worse. The education secretary, who has endorsed a policy of using mediation to reach informal resolutions in cases of campus assault, wants to allow victims and their accused perpetrators to request any evidence they want from each other. In addition, victims and perpetrators would be able to cross-examine each other during the mediation.

It takes tremendous courage and bravery to bring accusations to light, an often traumatic experience for the victims. There is the public scrutiny, the character assassinations, the legal costs, and now, this administration wants to force victims to be interrogated by their own assaulters. The base cruelty of this proposal is breathtakingly awful. The Obama administration strongly discouraged private mediation and personal questioning, calling it “traumatic or intimidating, thereby possibly escalating or perpetuating a hostile environment.”

The proposed policies also decrease the liability of colleges and universities, making them responsible only for formal complaints filed through the proper channels. Filing a formal complaint can be an arduous, complicated process that again puts the onus on victims to pursue any sort of justice or protection. It also limits the school’s responsibility to on-campus actions, as opposed to off-campus parties.

If DeVos’ Title IX proposal is upheld, schools won’t be responsible for rape that occurs off-campus. AKA, survivors that are assaulted at off campus frat parties, sports parties, and PRETTY MUCH ALL PLACES FOLKS ARE ASSAULTED, won’t have rights under Title IX… pic.twitter.com/bBZvOkdwjg

“While we await the proposed rule from the Department of Education, today’s report in the New York Times is deeply concerning. To require that assaults take place on campus in order to be investigated will shut out thousands of survivors who are assaulted off-campus. To allow campuses to determine their own standard of evidence and whether or not to provide an appeals process is willfully ignorant, and will go back to a time when rape on campus was swept under the rug. To let survivors be cross-examined by a person who has violated them is downright cruel.”

So far, the proposed policies are just that: proposals. They have yet to go into effect, so if you think they are soul-crushingly awful, pick up the phone and call your representatives in Congress. Better yet, call the Department of Education. Also, for the love of all that is holy, register and VOTE in November.