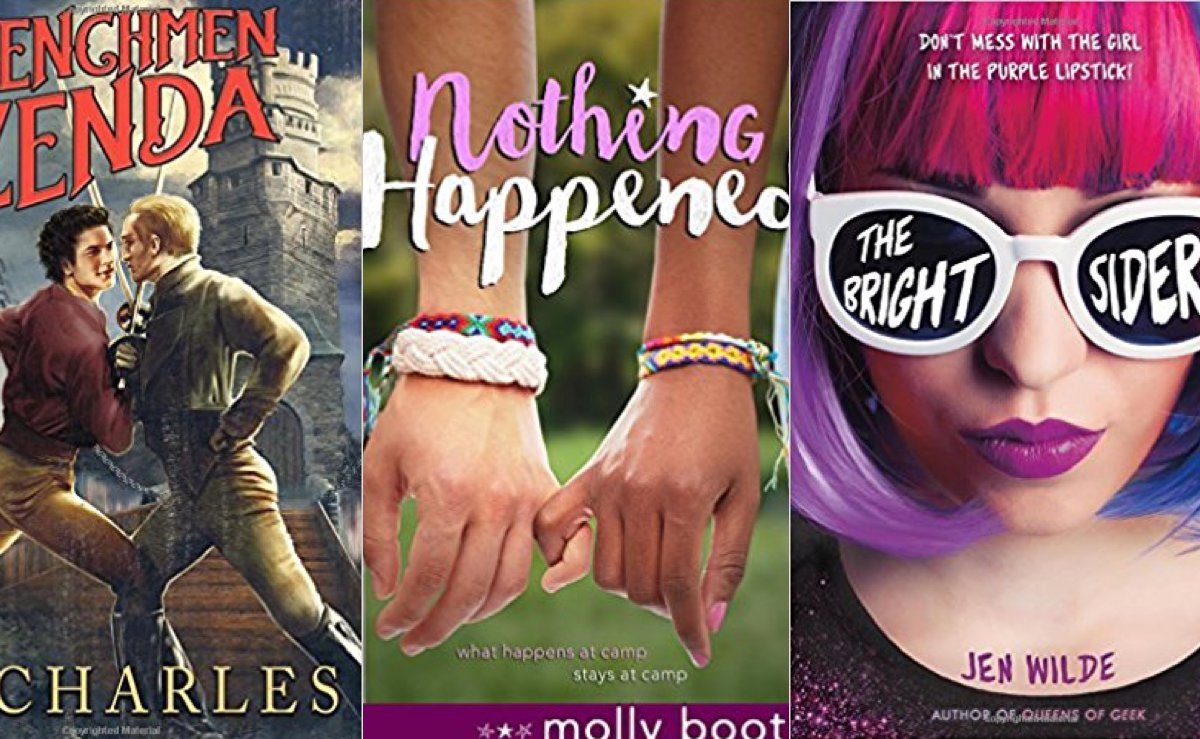 Welcome to our series on queer book releases of the past month. For more queer reading material suggestions, check out the rest of the articles in this monthly series!

Like a flash, May came and went, leaving sun-splashed memories of Memorial Day in its wake, in addition to these seven fabulous queer reads that not only examined hard-hitting contemporary issues and narratives, but also rebooted classics the queer way and gave readers some deliciously sexy romance to dive into. From Shakespeare and Victorian pulp to superheroes and unruly spirits, staying out of the tabloids and finding yourself at a crossroads to coming to terms with trauma done to you and by you, the best of May’s queer book releases offer readers a fantastic mix of heavy fiction and light romps. There’s definitely something for everyone. 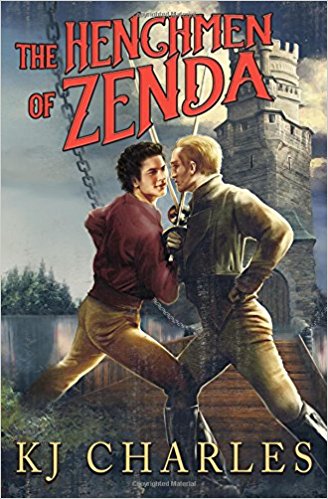 The Henchmen of Zenda by KJ Charles

KJ Charles thoroughly delights with this queer retelling of the pulpy, swashbuckling Victorian novel The Prisoners of Zenda. Mercenary Jasper Detchard knows that death might be the final reward for his services when he throws his lot in with the dastardly Michael Elphberg and his merry band of henchmen. As Michael sets his sights on the throne of Ruritania and hires on Rupert, a devil-may-care swordsman with secrets of his own, plots are set in motion that are beyond the control of any of the players. Intrigue abounds as impersonation, intrigue, liaisons, and love vie for center stage. Charles shines as she details the unseen underbelly of the original novel. 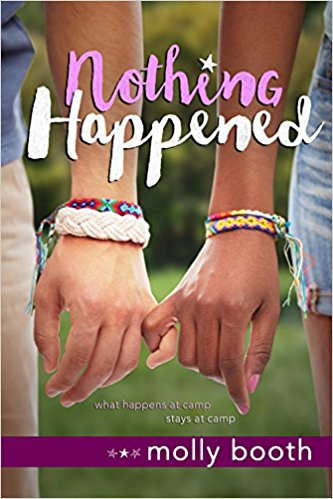 Nothing Happened by Molly Booth

Shakespeare and summer camp are the perfect pairing in Molly Booth’s queer YA retelling of Much Ado About Nothing. There is gossip aplenty, accusations around every corner, and a healthy dose of feeling as the two main couples—Bee and Ben, Hana and Claudia—act out their courtship on the grand stage of summer camp at Camp Dogberry. As scenes unfold and plots run afoot among the would-be lovers, readers are treated to some honest discussion of depression and adoption through two of the main characters. All in all, Molly Booth’s latest is a fun, feisty, drama-filled adaptation that will leave readers smiling at the happy ever after. 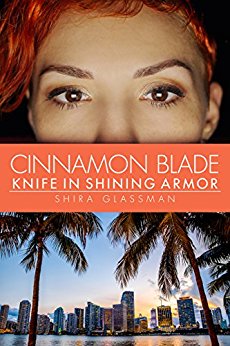 While most superheroes are free from dark pasts, Cinnamon Blade is not. She has an edgy, criminal background that she’s been trying to atone for. Luckily for her, Soledad Castillo is constantly getting herself into trouble and often in need of a hero. Cinnamon Blade is more than happy to play that role, and as their chance encounters heat up, so does their mutual attraction, until they both must decide if they will take the plunge and go for it. This is a quick romp that will leave you happy and smiley in the face of so much geek girl love. 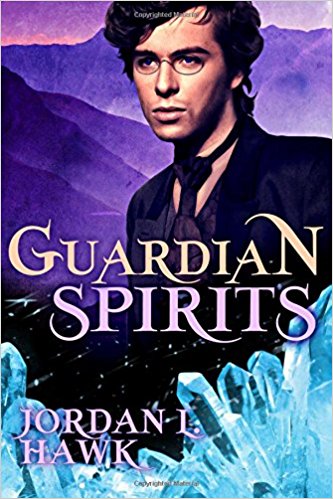 Book three in Jordan L. Hawk’s utterly captivating Spirits series focuses on the myriad lies we tell ourselves and each other to make it through the day. James Dunne is the former mentor of Vincent Night, a psychic who specializes in the occult. Along with his partner, scientist Henry Strauss, and two friends, they begin to unearth secrets surrounding Dunne and his inauspicious beginnings at a supposedly haunted orphanage. As he digs deeper into his mentor’s past, Vincent is forced to face the truth about Dunne and ultimately about the Grand Harmonium, an occult instrument that could span life and death. Told with fast-paced action and charming intimacy, this is one series that masterfully mixes the occult, romance, and historical fiction. 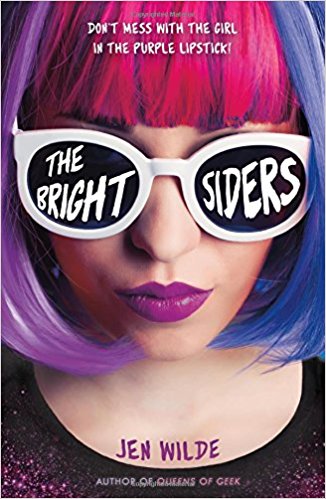 The Brightsiders by Jen Wilde

With her sophomore effort, Jen Wilde introduces readers to Emmy King, world renowned party-girl drummer for hit band The Brightsiders. Emmy is no stranger to drama but her latest exploit leaves her desperately attempting to navigate the tabloid fodder fallout from a crazy, disastrous night out with her girlfriend. With so much media attention focused on her, Emmy struggles to come to terms with who she is and what comes next. Luckily, she can rely on a fantastically diverse group of friends and bandmates who only want the best for her. One of the best things about this book is its honest representation of young queer characters and its hard-hitting discussion of homophobia, misgendering, social anxiety, alcohol abuse, and more. 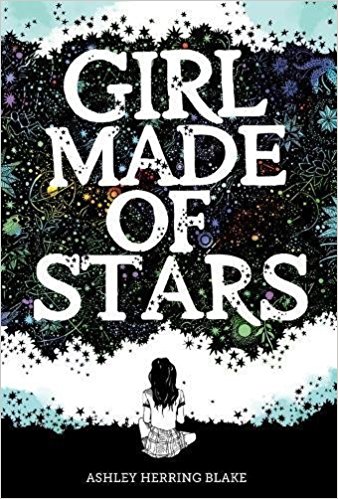 Girl Made of Stars by Ashley Herring Blake

Ashley Herring Blake’s latest release offers an unflinching and devastatingly nuanced look at rape culture and how its effects have far more reaching implications than first meet the eye. Mara is coping with her own personal trauma and just beginning to find her footing again when her close friend, Hannah, accuses her twin brother of rape. Completely at odds with what she knows of Owen, Mara finds herself stuck between two groups—one that includes her own mother, who is steadfastly in support of Owen and his claims of innocence, and the other, which stands with the victim. Feeling at odds with both groups, and left struggling to understand the truth of this complex situation, Mara reconnects with her closeted non-binary ex, Charlie, and they begin on their own journey of trust and rediscovery. With gorgeous prose that doesn’t candy coat the situation, this book is a moving and heartbreaking look at the pervasive ways trust is violated and how very little support our society offers victims. 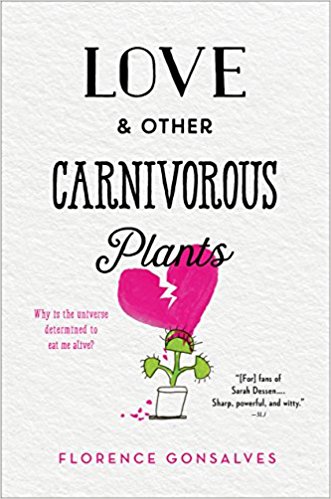 As her first year at Harvard draws to a close, Danny returns home as snarky and caustic as ever. She has the idyllic life: choice of top colleges, the best opportunities, and a life plan that can only succeed. However, once she’s back home, her secrets begin to unravel on all sides. As she rekindles friendships and forms new relationships, Danny finally must come to terms with an eating disorder, addiction, and anxiety that kept her out of school and in a clinic for the second semester of Freshman year. While her choices and means of coping are inherently flawed, they infuse her character with an authenticity that many will find relatable.