Anything can happen on Halloween 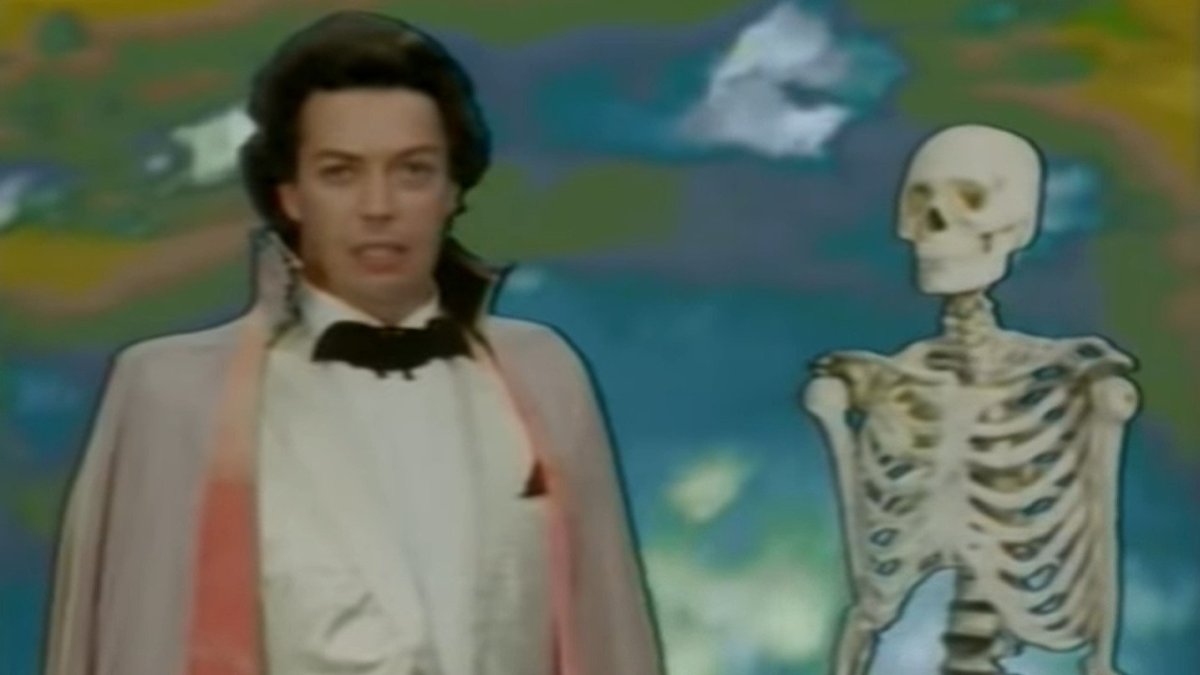 Halloween means a few things in my house: Candy. Jack-o-lanterns. And of course, rocking out to the greatest Halloween song of all time. Yes, it’s the fabulously weird “Anything Can Happen on Halloween,” as performed by Tim Curry in the 1986 cinematic masterpiece The Worst Witch.

Let’s just take a moment to revel in this incredibly strange and fun song’s spooky splendor.

Now, it’s highly likely that you may have seen this song making the internet rounds and not seen The Worst Witch, and that’s somewhat understandable given that it was a TV movie made in 1986 that had a habit of getting rerun on The Disney Channel (I think????) in the early 90s. I know it was on television quite a bit because I loved it. And you might think that in the context of the movie this song isn’t so strange but … no.

The Worst Witch was Harry Potter long before JK Rowling came on the scene. Set in a boarding school for witches, the movie follows Mildred Hubble (Fairuza Balk) as she attempts to navigate bullies, mean teachers, and her own not-so-great attempts at magic. In this version the Professor Snape character still wears black but she’s an uptight teacher named Miss Hardbroom played by none other than the late, great Diana Rigg. But don’t think that JK Rowling just ripped off this movie … she also cribbed from the book from 1974 it was based on.

Everything is very Halloween-y all the time, but there’s a special celebration when the Grand Wizard (the only male in the entire film) visits the school for this one musical number. It’s … something. But it’s Tim Curry and because of that, it all makes sense.

Indeed, Tim Curry is the king of Halloween. From his first appearance in The Rocky Horror Picture Show, Curry’s entire career has been about the creepy, the campy, and the occasionally confounding. The Worst Witch sits in right between Legend and that one time he voices Judas Iscariot AND The Serpent in the Garden for a Bible tales cartoon. No one but Tim Curry at this point in his career could have sung this song and made it work.

But let’s also just … think about this song. I just love it. The contrast of the images to the words. How would a toad get in that electric guitar? Is it even a bass? Do bass guitars exist that a toad could fit into? “Your teacher could become a sardine” against a picture of a whale! That specific lyric I love because it comes at the end when the writers have so clearly given up and decided to rhyme Halloween with “begin the beguine.” It’s so bad and SO GOOD.

This song is everything. But here are a few of our other favorite Halloween musical moments…

Yeah, I know that last one isn’t technically Halloween, but neither is “The Time Warp.” What are your favorite Halloween musical moments?