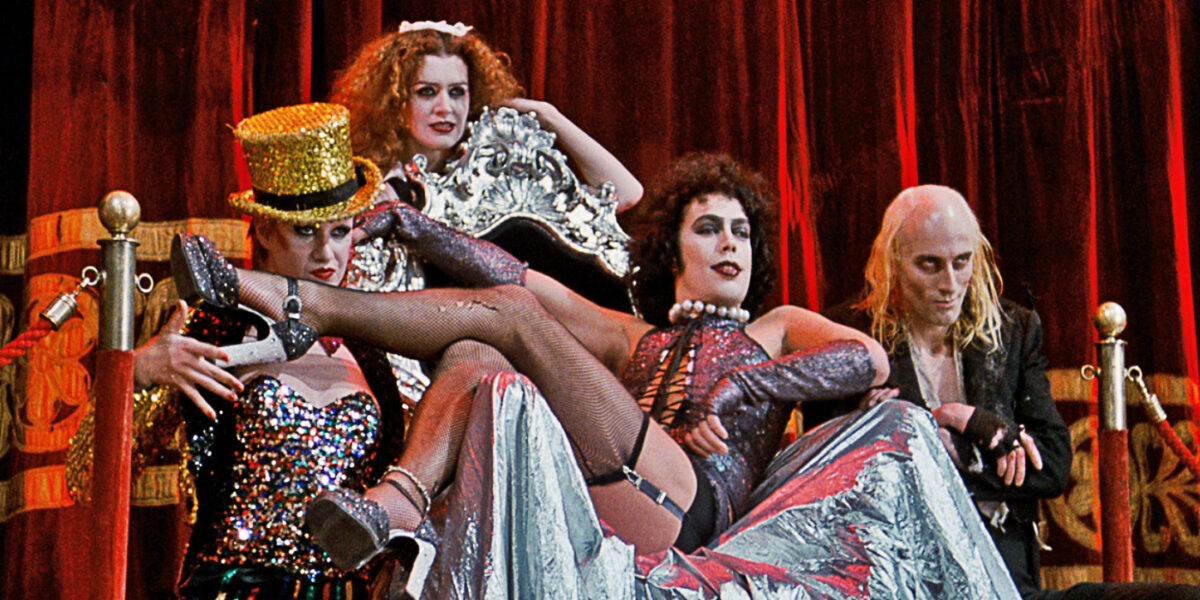 It was great when it all began, I was just a regular Frankie fan …

Growing up as a quintessential weird girl in the suburbs, I always felt a bit outside of things. The nearby “big city” was a place I could visit but never remain. The cliques that formed were circles I would never be invited too. The kids with their carpools or church groups seemed to be part of something welcoming and structured that I could never quite understand. It was lonely. In my heart, there was a queerness, an otherness that I couldn’t understand or express because I didn’t even have the words.

And then I found … Rocky Horror.

The Rocky Horror Picture Show, released this week 45 years ago (yes, that makes me feel old too), wasn’t the only movie or musical that opened my mind as a teen, but there was something so special about it to me. Though so much of Rocky Horror seems quaint or even problematic now, watching it in the ’90s in the sunken den of my suburban house felt rebellious, subversive. It was a movie that was for the freaks and weirdos that celebrate queerness, music, decadence, and everything that often felt out of reach to me. And it was all right there on a screen.

Rocky Horror was a film that inspired so many people like me simply by existing. By just dreaming it and being it, it showed so many baby queers and burgeoning weirdos like me that we could also simply exist. Midnight screenings were a culture of anarchy, taboo-busting, and a way to be our authentic selves with permission from the great celluloid gods. And it didn’t hurt that the movie was fun, creative, and full of wildly singable tunes.

It was hard for me to make it to a midnight show at 14, but printing out a script for the audience participation from the mysterious internet was almost as good, as long as I could shout at the screen with the girl I shared one summer of delirious, queer-tinted friendship and more with. Rocky Horror was the thing that helped me give permission to another female to touch-a-touch-a-touch me, because we did want to be dirty even if we couldn’t say it out loud.

Even when she left my life, suddenly and cruelly, I still had Rocky there, joining musicals like Rent and shows like Xena in my slow awareness of just how gay I really was. It was something I didn’t really fully understand until college when I was able to make it to midnight shows at the decrepit little theater called the Blue Mouse. I sang along to the “Time Warp” before I ever made it to a pride parade, but now I know it had the same feeling. That sense of belonging, of coming home.

I came to Rocky Horror when it was already twenty years old and the definition of a cult phenomenon. Rocky Horror wasn’t the first queer or camp movie, but it was something special. The sexual freedom, the subversion, and defiance of straight (in every sense of the word) culture had unique magic, thanks not in a small part to the genderfluid, pansexual charisma of Tim Curry as Dr. Frank-N-Furter. So many people before and after me were awakened by Rocky Horror, lured by Frank’s siren song exalting us to be free, queer, and deviant as we wanted to be. 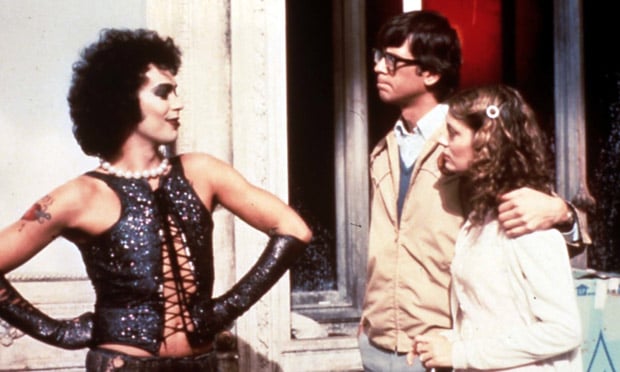 For us nineties kids, who grew up watching Curry in Legend, The Three Musketeers, Clue, Home Alone 2 and so many more, seeing him in garters and fishnets seducing men and women was another level of eye-opening and awakening. Curry’s queerness in the film wasn’t a revelation so much as it was a rosetta stone, translating for all of us why his camp and snarling, sneering charm had always been so enticing. The same went for seeing proper and prim Susan Sarandon in her bra and panties owning her sexuality … before it all goes wrong.

And yeah, Frank and his crew were ultimately killers and aliens, and they’re punished at the film’s tragic end … but the end of the movie of Rocky Horror isn’t the end of its story. Rocky Horror is about more than the narrative of the film, which plays into old and sad tropes about when and how queerness and deviance are allowed to survive on screen. But where the survival mattered, where the dreams and hope Rocky Horror inspired stayed alive, was in its audience.

In the midnight showings, Rocky brought us together. In cable airing and VHS copies, it gave us something to aspire too. Rocky Horror wasn’t just a film that was the first time so many of us saw queerness or ourselves on screen, it showed us the version of ourselves that we could become if we cared not to just dream it, but be it.

Forty-five years later after its release, this is why The Rocky Horror Picture Show will always matter to me. It knew me before I knew me, it showed me the way with a pair of singing lips and a lot of fishnets. No matter how things change or how differently a new audience might see this movie, I’ll always be ready to do the time warp again.