Apparently Benedict Cumberbatch Is Related To Richard III, Probably Everyone Else In the UK As Well

He is infinite (and so posh) 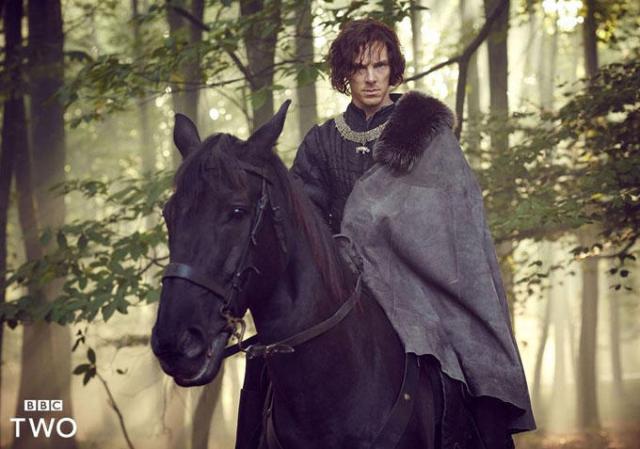 According to Leicester Mercury, a whole lot of the UK is actually probably related to the 15th Century king whose remains were found in a parking lot — apparently it was estimated that “between one million and 17 million people in the UK are related, in someway,” to the dude.

But apparently ol’ Bouncycastle Cumberbund is more related than the (according to Shurer and geneticist Dr. Turi King) 99% of the UK who is also related: A third cousin 16 times removed, to be precise. According to University Of Leicester professor Kevin Schurer — who tracked down relatives of Richard III to help prove the king’s identity after his remains were discovered — that is, give or take a few removals, approximately what the Queen would be as well.

This comes only a few months after entirely separate genealogists claimed that Cumberbatch is also related to Alan Turing, the computer pioneering man he plays in The Imitation Game.

According to “Cumberbatch family genealogist*” Bob Cumberbatch, “If [fellow genealogist] Andrew Millard’s conclusions are right then it seems highly probable that Benedict may indeed be related to many characters he has played and will play in future with some exceptions such as Sherlock.”

Benedict Cumberbatch is in everything.

Next up: Van Gogh. Probably Alan Rickman (I mean, obviously). After that: All of the UK. Just literally the lot of it. Which begs the question: Is Benedict Cumberbatch related to you? He could be, and you might not even know it yet. He is everywhere and everything, maybe even literally living in your DNA.

98% of all the photos taken in Britain have Benedict Cumberbatch in the background.