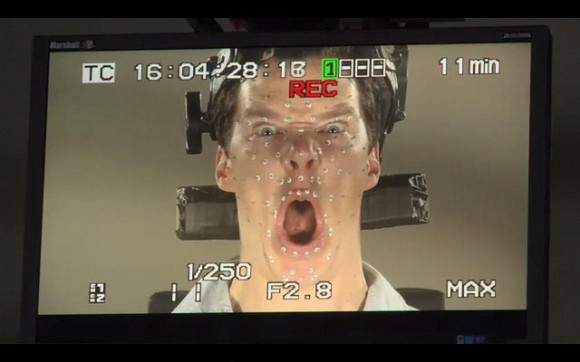 These screenshots, taken by Tolkienerd on Flickr, are apparently from the extended edition Hobbit special features, now available from iTunes. There are a few more heroically published on Flickr, including wide shots of Cumberbatch using his whole body, and while they are hilarious, I can’t help but wonder how exactly they’re going to translate to a beast with very few human-like features. Part of me wonders whether these are screenshots from a slightly satirical special feature, as in a certain Beard Realism Department video I can remember.