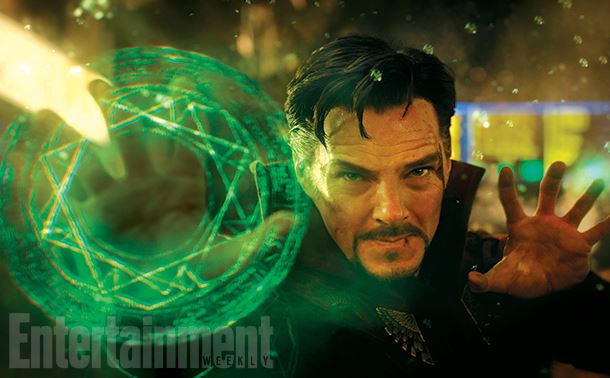 Marvel’s Doctor Strange doesn’t come out until November but filmmakers are releasing some new stills of Benedict Cumberbatch as the Sorcerer Supreme to get you ready before then. The two new photos come courtesy of Entertainment Weekly, who uploaded them on Friday. 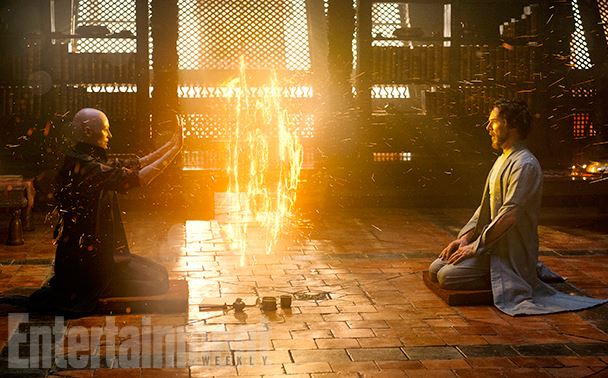 To refresh your memory, Cumberbatch plays Dr. Stephen Strange, a New York surgeon whose hands are injured in a horrific car accident. He must set aside his ego in order to learn the secrets of mysticism and alternate dimensions in order to act as an intermediary between our world and whatever there is beyond that. After gaining some newfound metaphysical abilities, he’ll be charged with protecting the universe.

While I’m excited to see Cumberbatch lead a Marvel film, I can’t ignore the giant neon sign flashing the word “WHITEWASHING” in all caps. The controversy surrounding the project stems from the fact that Tilda Swinton has been cast to play the Ancient One, whose character is of Tibetan descent in the comics. Writer C. Robert Cargill argued that casting someone from Tibet for the role would be risky, as Variety reported, and that the character is a “racist stereotype who comes from a region of the world that is in [a] very weird political place.”

Swinton has also spoken out, telling EW, “Anybody calling for more accurate representation of the diverse world we live in has got me standing right beside them. I think when people see this film, they’re going to see that it comes from a very diverse place, in all sorts of ways.”

It’ll be interesting to see how they portray the character, who will now be Celtic, in the movie. One thing we can probably agree on is that this is opening up a greater discussion on Asian representation in Hollywood as whole. That’s progress, right?

(via Collider, images via Entertainment Weekly)