Benedict Cumberbatch to a UK Government Not Doing Enough For Syrian Refugees: “F**k the Politicians!” 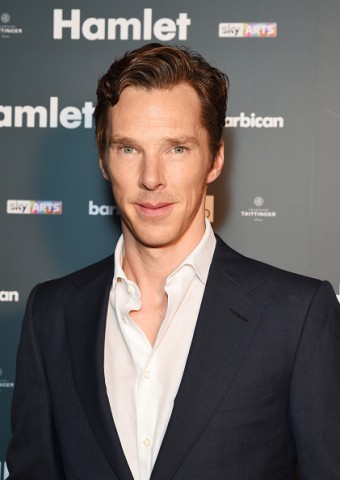 Benedict Cumberbatch is a vocal campaigner for the Syrian refugee crisis, and during his current run as the lead in Hamlet at the Barbican, he’s been doing a nightly collection for Save the Children, using his celebrity to try help children suffering as they flee their war-torn home. However, after Tuesday night’s performance, Cumberbatch showed that there are some problems that are so big and so deserving of attention that even a typically unflappable British actor has permission to lose his cool.

Cumberbatch gave his usual speech about the crisis in Syria and his plea to the audience to donate to Save the Children in the provided baskets. Then, his speech became more emotional and more political. He passionately criticized the UK government’s plan to accept only 20,000 refugees over the next five years, (which is considered too meager by opposition, considering that there are more than 3 million refugees that have been displaced in Syria) and ended his speech by saying, “Fuck the politicians!”

Cumberbatch has never shied away from using his celebrity to educate the public about important issues as they’re snapping photos and taking video, and this seems to have had the same effect. Audience members have come away emotionally affected and thinking about something they might not have otherwise. According to NBC News, audience member Charlotte Fletcher said:

He stayed at the front and gestured for silence. He burst into this magnificent monologue about Syrian refugees, about how they are all fathers, mothers, daughters and sons, just like us. Then [after discussing the UK’s refugee plan] he just shouted, ‘F*** the politicians!’ It was a wonderful moment. It was very impassioned and from the heart. It was amazing to see an actor just being so impassioned and raw.

It seems that the idea that “British accents making curse words sound less crass” extends to British people themselves! In any case another audience member, Rachel Martin, said:

[The speech was] so moving. The show was fantastic but you left in tears after his speech. It was very eloquent, emotional and beautifully put … He gave a four-letter word to the politicians and said, ‘We’ve got to do something about it.’

Now, hopefully, those people will carry that emotion into actual activism and perhaps petition their government on behalf of the Syrian refugees.

In case you’re wondering, the United States has only agreed to take 10,000 refugees over the next year. If this matters to you, the phone numbers of your congresspeople are easily researched.

Meanwhile, here’s a video of one of Cumberbatch’s speeches. Sadly, this one is expletive-free, but it doesn’t make the message any less urgent: