Alexandria Ocasio-Cortez Had the Best Response to Ben Shapiro’s Garbage, Entitled Demand That She Debate Him 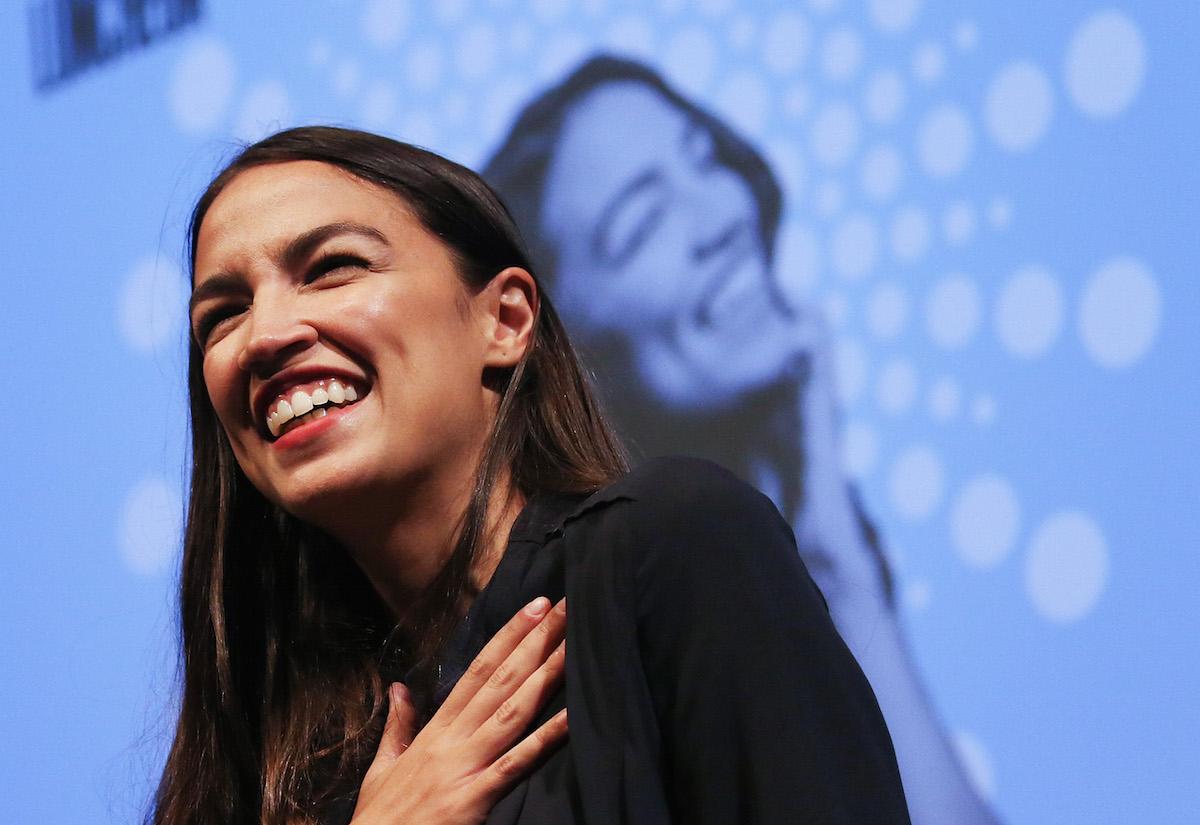 Earlier this week, former Breitbart editor and generally terrible person Ben Shapiro issued a “challenge” to New York Congressional candidate Alexandria Ocasio-Cortez, offering her a $10,000 campaign donation in exchange for a debate with him.

Hey, @Ocasio2018, what do you say? pic.twitter.com/lKDtmMc8Us

Shapiro frames this as a “conversation” (he says it can be a debate if she wants) and proposes it as a way to “make America a more civil and interesting place.” However, taking Shapiro at his word here would require everyone involved to overlook a lot. Like pretty much everything he’s ever said and done. Why would you trust someone to have a civil conversation when they have demonstrated a long public history of homophobia, transphobia, Islamaphobia, sexism, and extreme racism? Why would you want to talk to that person?

Yet for whatever reason, Ben Shapiro feels entitled to this debate. He seems to think that Ocasio-Cortez, a Congressional candidate, is obligated to spar with him, a fringe media commentator.

ahahahaha Ben Shapiro challenging Ocasio-Cortez to a debate, Ben she’s running for congress, not against you for student council president at Dorkwad Preparatory

I have trouble imagining Shapiro actually thought she would accept his offer. Rather, this “challenge” seems to have been designed for the outcome it received: silence. Ocasio-Cortez was never going to respond, which meant Shapiro could claim she was afraid of him and a hypocrite. In reality, though, he still hasn’t provided a reason why she should be interested in talking to him.

Earlier this month, WNBA player Devereaux Peters wrote a fantastic essay about the many men she’s met in her life whose first reaction upon hearing that she’s a professional basketball player is to tell her they think they could beat her in a 1-on-1 game. She writes,

Why risk what I do for a living to prove myself to a rough-and-tumble nobody, the kind of guy who has probably never played real basketball? Inevitably, those are the guys who challenge me. Collegiate and professional male basketball players have too much respect for us to be jerks; they understand the game at the highest level and know that we’re extremely talented and that what we do is remarkable. Instead, it’s always the men with the broken hoop dreams who didn’t have the grades or the talent to play in college. The men who “dominate” in their 25-and-up rec league at the gym. The ones who know absolutely nothing about playing basketball at this level but are still strong enough to rough me up when things go south.

Ben Shapiro is the broken hoop dreams of political commentary. He feels entitled to make Ocasio-Cortez prove herself to him, even though she’s already proven herself to those who matter: the voters. (Technically, she’ll have to prove herself to voters again in November, but seeing as she doesn’t have much competition in the general election, the primary was where she really had to convince her constituents that she was the best choice to represent them, which she did.)

Ben Shapiro is a walking “Change My Mind” meme. He insists that anyone not willing to engage with him on his own obstinant terms is a coward, when anyone looking at him can instantly see that his intentions are crap, and he doesn’t want conversation, only a chance for derision. Choosing not to engage with that kind of person isn’t a sign of cowardice, it’s a sign of self-respect.

Remember this tweet whenever conservatives say they care about the working class. They don’t. They never did. https://t.co/MMgl1KYyys

For her part, Ocasio-Cortez ignored the request before responding with a spot-on analogy.

Just like catcalling, I don’t owe a response to unsolicited requests from men with bad intentions.

And also like catcalling, for some reason they feel entitled to one. pic.twitter.com/rsD17Oq9qe

His responders are, of course, denying that there’s a gender component to this that would make it akin to catcalling. But like with Devereaux, this sort of “prove-me-wrong” attack from men in other fields isn’t something that often gets aimed at other men. And even if you insist on ignoring gender, she’s entirely right that she does not owe Shapiro a response, no matter how entitled he feels. She doesn’t owe him anything.

There have been some valid criticisms of Ocasio-Cortez’ recent media blitz. She has occasionally shared anecdotes and public sentiment as sort of half-facts and that’s what many on the right are grabbing onto for criticism. Of course, she’s a first-time congressional candidate who has been thrust into the public spotlight as an overnight political superstar in the way no one else in her position has been. Personally, I don’t fault her for making some generalizations in her many, many recent interviews.

For those who do, that’s up to them, but again, the only people she’s obligated to prove herself to is her district’s voters. And Ben Shapiro isn’t one of them.