Get your shit together, NY Times. 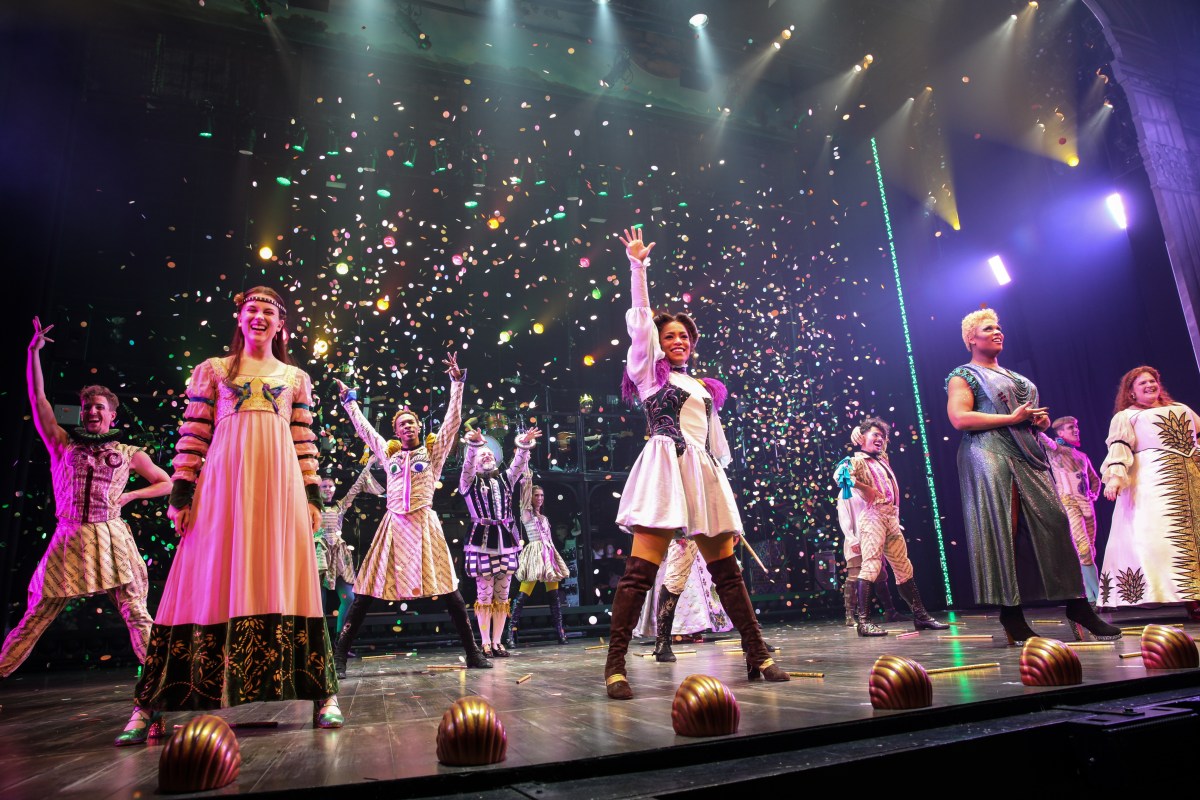 Is there anything more self-defeating than members of marginalized communities attacking their most vulnerable members? This was the question I asked myself when I read Ben Brantley’s New York Times theater review of the Broadway show Head Over Heels.

The show is a jukebox musical mash-up that blends Philip Sidney’s 16th-century drama The Arcadia with the ’80s pop tunes of The Go-Go’s. The show puts a queer spin on the pastoral sex comedy, playing with Elizabethan gender roles and celebrating sexuality in all its forms. I would expect nothing less from Jeff Whitty, the mastermind behind the smash hit Avenue Q.

Head Over Heels is also noteworthy for its casting of RuPaul’s Drag Race alumna Peppermint, who breaks ground as the first transgender woman to originate a principal role on Broadway, but Brantley, an out gay man, chooses to mock non-binary and trans identities instead of celebrating them.

It’s one thing to not like a play based on its merits. Brantley clearly didn’t enjoy the show, and that’s fine. Everyone is entitled to their opinion, and there’s a plate for everyone at the Hot Takes Buffet. What’s not okay is dismissively referring to gender orientations and mocking the way someone chooses to identify. It’s not a good look:

Still, this shotgun wedding of song and script promised to be a piquant novelty among jukebox musicals, a form that has been multiplying (and dividing) like amoebas since the Abba-stoked “Mamma Mia!” conquered the world. And its dichotomous nature matches the didactic thrust of a show that celebrates the importance of not being (and pardon me, for trotting out what’s starting to feel like the decade’s most overused word) binary.

These assorted role reversals are overseen by the wise oracle Pythio (Peppermint, a contestant on “RuPaul’s Drag Race,” described in the program as “the first transgender woman to create a principal role” on Broadway). Pythio identifies as “nonbinary plural.” Dametas (Tom Alan Robbins), the King’s viceroy and father of Mopsa, finds himself strangely drawn to her — I mean them.

Brantley’s treatment of Peppermint’s pronouns is dismissive and condescending. They are especially so, when you consider the relative social positions of Brantley, a white cis gay man, and Peppermint, a trans woman of color. Trans women of color are the most vulnerable members of the LGBTQ community. Instead of celebrating Peppermint’s achievement, Brantley chooses to punch down for the sake of a tired, pithy joke.

Luckily, queer Twitter was on the case to call his out his crappy take, and the NY Times editorial staff for allowing it to be published.

Hi, @nytimesarts Ben Brantley clearly does not respect trans/non-binary folks so you should rethink his presence as a voice in the theatre because it’s 2018 and this is ridiculous!

Ben Brantley is cancelled. This is patently transphobic. @nytimestheater should answer for it. https://t.co/OBWPyfEdSa

The NYT should have standards for addressing 2018 issues if they’re going to cover them. To fail to do so is to fail to do their jobs. They failed in publishing Ben Brantley’s piece tonight as it was written. The whole thing is embarrassing — to him, to the artists, to the NYT.

The Times and Brantley have updated the article and issued a apology:

Here is Ben Brantley’s response to the conversation surrounding his review of “Head Over Heels” https://t.co/48Xr2xgOjK. We are updating the review to reflect some of our readers’ concerns now. pic.twitter.com/3SjcC1qAuk