There are a lot of former children in mourning today for Maurice Sendak, author of some of the best beloved picture books of the last half century and illustrator of even more, who died today of complications related to a recent stroke.

Born in Brooklyn, New York in 1928, Sendak was frequently sick in childhood, and raised amidst the threats of the Depression and the Holocaust (in which many of his European relatives died). He even cites vivid memories of the Lindberg baby kidnapping to have colored his childhood fears, so it’s no wonder that as an adult he came to write books that never shied away from the darkness of childhood that kids are often better at confronting than adults. Where the Wild Things Are has often been considered a treatise that embraces the strong emotions of children rather than encouraging them to sit quiet, patient, and still. But he’s also written of simple joys, Chicken Soup with Rice: 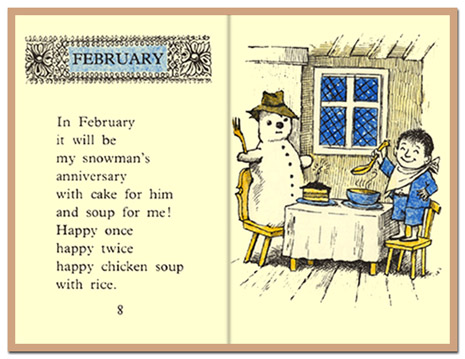 and the power of dreams (The Night Kitchen is is most frequently banned or bowdlerized book, for its depiction of nudity). 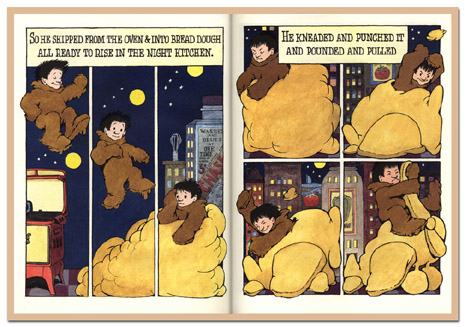 And even beyond his own books, he has illustrated some of the other most enduring picture books of his era, like the Little Bear books: 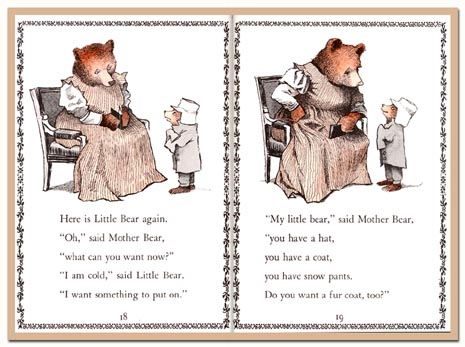 In more recent years, he’s also designed sets and costumes for theatrical productions, ballets and operas. Most memorable to this writer is his very Wild Things reminiscent designs for The Nutcracker. 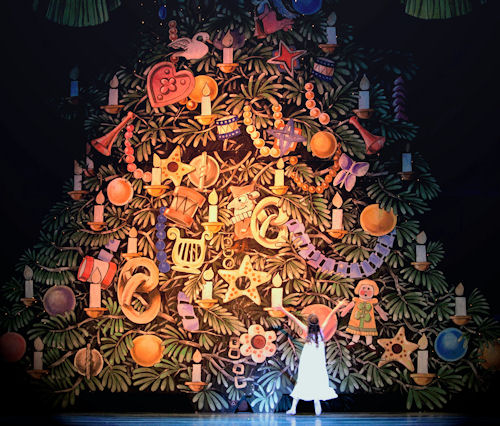 Sendak was known to have very firm ideas on his own writing, being pigeonholed as a “children’s writer,” and the state of books for children in general (as is easy to see in his interview with Stephen Colbert from earlier this year). He spent half a century with his partner Eugene Glynn, a child psychiatrist who passed away in 2007. I’ll close with a quote from Sendak himself on fanmail:

Once a little boy sent me a charming card with a little drawing on it. I loved it. I answer all my children’s letters — sometimes very hastily — but this one I lingered over. I sent him a card and I drew a picture of a Wild Thing on it. I wrote, “Dear Jim: I loved your card.” Then I got a letter back from his mother and she said, “Jim loved your card so much he ate it.” That to me was one of the highest compliments I’ve ever received. He didn’t care that it was an original Maurice Sendak drawing or anything. He saw it, he loved it, he ate it.