Despite Beating the Odds, Beetlejuice Is Closing for … The Music Man? Okay Boomer. 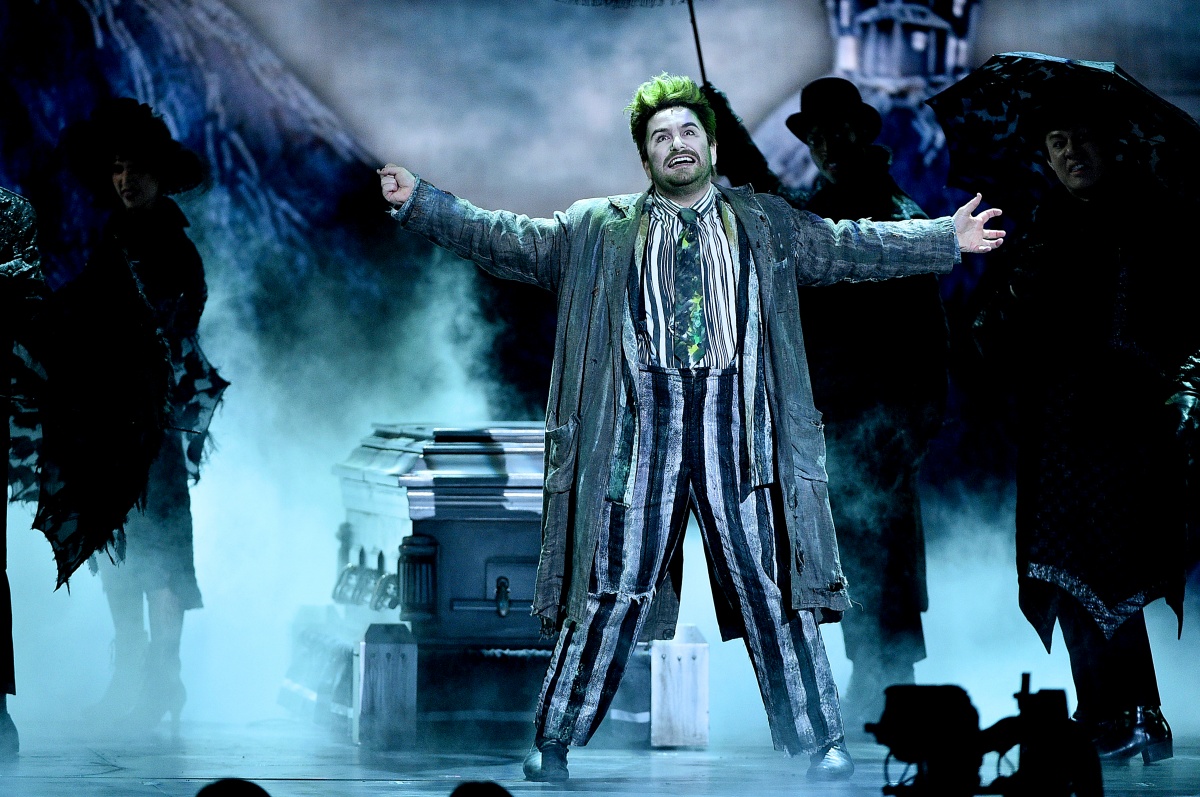 Broadway’s Beetlejuice is being kicked out of its theater to make room for a new revival of The Music Man starting Logan’s Hugh Jackman. It’s probably the only thing that’s honestly made me want to say “okay boomer” with my whole chest.

According to The New York Times, The Shubert Organization, which is the biggest landlord on Broadway, has ordered Beetlejuice to leave the Winter Garden Theater, making its last performance June 6th. That will clear the way for The Music Man, which is already being heavily promoted by Broadway bigwigs and hoping that Hugh Jackman, despite starring in some weak revivals, will still be a draw for audiences.

What makes this choice really weird is that Beetlejuice has been doing exceptionally well. According to reports, the show grossed nearly $1.6 million over Thanksgiving week, setting a record for the Winter Garden. Its advance ticket sales have doubled over the last six months to $7.6 million, and this is despite this being a period where advance ticket sales normally drop. Just last week, the show sold 16,586 advance tickets worth $1.7 million, according to Matt Polk, a spokesman for the production.

“It’s sad and a shame, and also, in its own way, historic,” said Hal Luftig, a Beetlejuice co-producer. “I don’t think there’s ever been a case when a show has turned itself around in such a fashion and then has to leave its theater.”

Alex Brightman, who plays Beetlejuice, shared a very on-brand tweet about the news:

This has not been met well:

I don’t know the particulars of running a theater but I think this is a poor decision. There are few reliable barometers in entertainment, but if the audience decides a show is great and tickets are in demand, leave the show alone. https://t.co/9HoWgMfYrK

This is a mess, and no way to treat a hit. Yes, Broadway is a business, and business is business…but is this good business? https://t.co/Ya1b5SvUrM

Beetlejuice being forced to close so another show can use its theater despite the fact that it beat the odds to become a headline-making financial success is massive shame (like for real The Shubert Organization should be ashamed). https://t.co/VDqQ8LJe1Y

One of my favorite movies and television shows as a youth was Tom Burton’s Beetlejuice. Not only did it have superior live-action Batman Michael Keaton, Geena Davis sporting fantastic curls, and Winona Ryder serving a goth aesthetic that generations have attempted to emulate, but it was a fun story about death, found family, and rebuilding broken ones. That’s why, when it became a musical, I was skeptical, but curious. The critical acclaim was mixed, but people who I knew who loved the source materials all sang its praises.

When I got to see Beetlejuice with a lovely group of nerds, it was so much fun. The music wasn’t particularly memorable, but it delivered its purpose, and the sets were honestly stunning. The puppetry, costumes and set design are enough that I’d check it out just based on that. Plus, it was funny and knew how to update the source material just enough while keeping certain elements. It’s not an evangelical adaptation of the text, and that’s why it works so well.

I know musicals are expensive, and there are so many things to watch before they go, but if you were a fan of the movie or show, this is a great experience to check out live.