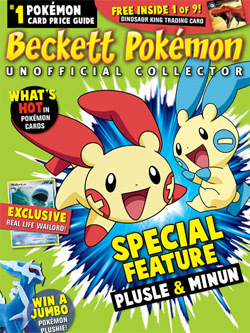 A week ago, Pokémon Company International filed suit against Beckett Media LLC. Beckett is a company devoted to cards of every form, but principally sports. If you go to the main page of Beckett’s site, that’s all you’ll find. But for those of us who grew up collecting and playing with Pokémon cards, especially those who bought, sold, or traded on a regular basis, Beckett had so much to offer. That’s because Beckett used to publish an unofficial price guide for Pokémon cards, in which it accordingly printed images of those cards.

The magazine, called Beckett Pokémon Unofficial Collector, has been printing these images for a long time. And apparently Pokémon has been upset for a long time, too, as SportsCollectorsDaily reports that the issue has been in discussions for as many as four years. What the collection site also notes as odd is that only Pokémon Company is really complaining, even though the magazine company prints unofficial guides for the likes of Hot Wheels and Yu-Gi-Oh!.

Beckett’s claim in the suit is that there was implied consent from Pokémon Company International. From Patent Arcade:

Pokémon had actually purchased advertising space in the monthly publication after seeing the publication’s format (and by extension, the occasional image reproduction), and that they did not complain about it before. The complaint also notes that Beckett’s more recent responses appeared to back down, with offers to stop the reproductions.

This argument does have some merit. Clearly the company was aware of the magazine’s image use when it chose to advertise with the publication, and no complaints were filed until later. That said, if the sales team and the legal team don’t communicate very well, which is possible, it may be possible for Pokémon to argue that, as a company, it didn’t consent. Just the sales team did, but they don’t get to make that call.

Also, there’s the matter of Beckett claiming to have ceased publication. In September of 2009, Beckett informed Pokémon that they no longer produced any publication with “Pokémon content.” That seems odd, considering that this cover features the HeartGold and SoulSilver expansions to the franchise, which were released in 2010. 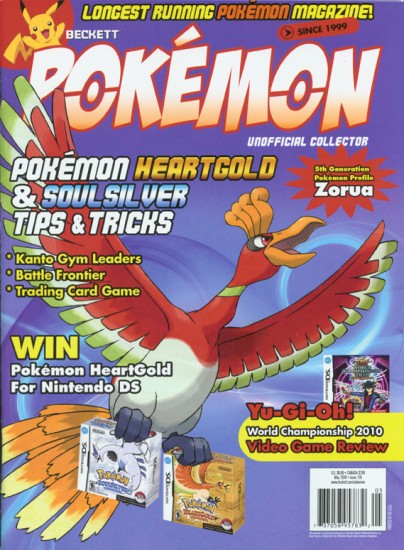 Perhaps what the attorney representing Beckett meant is that there are no longer card images as of September. If any of you have scans showing card images in a post-September 2009 issue of the magazine, or if you can confirm that there are no such card images, please let us know. Regardless of the current state of things, there is still the time between 2007 and 2009 for the court to rule on.

Another matter entirely, but still very much part of the suit, is the marketplace on Beckett’s Pokémon site, which receives a commission for every transaction made. Pokémon Company International claims this is a copyright violation in that they are profiting off of Pokémon material. According to the Dallas Observer, this was the last straw causing the suit to be filed after the years of back-and-forth. It seems odd, though, that the “final straw” would be something that has been going on just as long as the other matter of disagreement.

You can read the full details of the correspondence between Beckett and Pokémon, as well as review the charges and claims made by both parties, in the suit below: