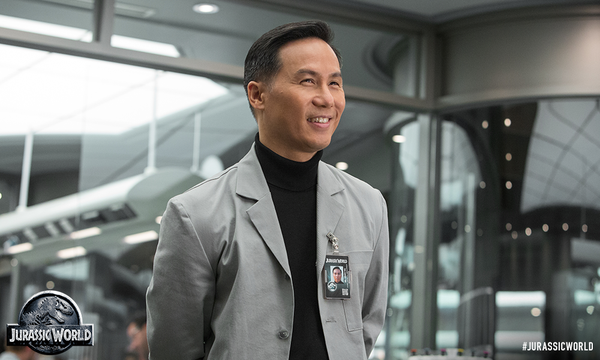 BD Wong recently spoke to Spinoff Online about his role in the Jurassic movies as Dr. Henry Wu, the sinister scientist. Wong talks about his favorite moments of both films and how he felt Jurassic World finally gave his character the development he wanted. Dr. Wu, who plays a large part in the original books, had his role significantly reduced in Jurassic Park, something that took Wong by surprise:

The part plays rather large in the original novel. And so imagine my surprise when I was booked for like two days or one day on a movie. And I was really confused by it.

Wong has spoken previously about the role, and how he felt frustrated about it as an actor and an audience. In a previous Vanity Fair interview, he says that not using the role as an opportunity to increase Asian-American representation was disappointing to him. Thus, he was glad to see himself in a much larger role in Jurassic World.

Colin has reacquainted the character or readdressed certain parts of the character that were in the book and kind of brought it back to that. And that makes me feel a little bit more like a three-dimensional guy and someone that’s more invested in the story arc overall, which is really, of course, what you’re always wanting as an actor.

When asked what his favorite part of the making Jurassic World was, you can see how much it means for Wong to see the differences in the two films.

And I remember feeling this, like, rush of connecting to the original character and feeling so, like, left out of the party and feeling like, “Shoot – nobody cares about what he was in the book, and that is the kind of thing he would have said in the book. And you’re really helping me make this into a real person. And also, now, I feel really important all of a sudden.” And I said the line. And then I said, “He’s never going to use it.” And guess what? He used it.

And where does Wu see his character ending up in the sequel? Well, he says that they should just “go for it.”

You never know what’s going to happen in that helicopter. It could just crash or something like that, and then that’s it, the end of it, and they don’t pick up with someone else. But yeah, I could see that. I would think that would be really fun. It would be fun to have a great death. Might as well go for it: Ask for a great death if you’re going to be the villain! And I don’t see why not. I have no other knowledge other than that, but I can’t see why not.

Wu gets a pretty gruesome, violent end in the books, what do you think a “great death” for him would be?