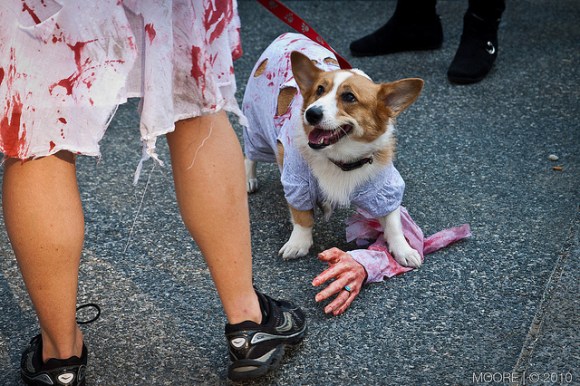 What? There’s no promotional pictures yet, this was the best possible alternative (Trust me, I could have gone the gross-out route). The BBC has comissioned a new show called In the Flesh, an “event drama” that will air on BBC Three. Well, they’ve already done vampires, werewolves, and ghosts after all. Hit the jump for more info!

Are zombies the new vampire? The Walking Dead is doing pretty well for itself and there is that Twilight-y zombie movie Warm Bodies happening soon so perhaps they are the new monster craze. Either way, the BBC brought a zombie into their hit Being Human for a short time but now it seems they are ready to go all in on the flesh-eaters.

The BBC announced that writer Dominic Mitchell (discovered through the BBC’s Northern Voices competition) will lead the team on the show being developed by the BBC Drama Production team in Salford. Here’s their official description:

His script begins after the Zombie Uprising has been quelled by the Human Volunteer Force and life is starting to return to normal. Any surviving zombies have been captured, medicated, held in an NHS holding facility in Norfolk and are being slowly re-integrated back into society, with the help of contact lenses and cover up mousse. The story follows teenager Kieran Walker and boldly goes where no zombie drama has gone before.

Sounds interesting, and the BBC has wowed me with sci-fi projects before so I’ll definitely be giving it a shot. In the Flesh will air as three, 90-minute episodes with a to-be-determined air date.

(via Blastr, image by Robert Moore)