But actions speak louder than words. 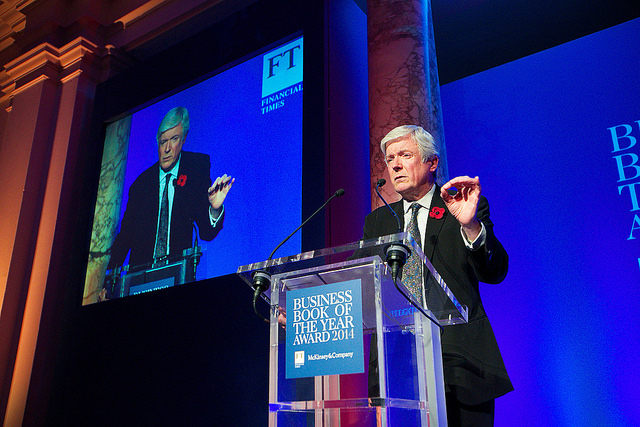 Last week, the BBC copped some heat over recent revelations that there was a significant gap in wages between their male and female stars. We wrote about it more in-depth over in another post, but suffice it to say that at least two-thirds of the people on BBC’s highest paid stars list are men. Tony Hall, director general of the BBC, doubled down on his promise that they’re dedicated to closing the gap as soon as they can.

Hall wrote, “Work is already well underway across the organization to help achieve this. There will be wider consultation meetings over the next two months so we can accelerate further change in the autumn.” He also echoed comments he made shortly after the highest-paid list came out last week, highlighting the strides the BBC has made with regards to on-screen representation. “When I came back to the BBC, I said that we needed to move from having only 14% of women on local radio breakfast shows to 50%. We achieved that in two years,” he said. “I also said we needed to have a 50-50 split on all presenting and lead roles by 2020. You only have to look at our drama and entertainment programs to see what can be achieved.”

Of course, as you and I and all of us here know, equality means more than just representation—it’s also about making sure those doing the work are paid equally to their male counterparts. Hall acknowledged this, saying, “But we need to do more to close the gender pay gap.  Across the BBC, our provisional figures show that the pay gap is 10% against a national average of over 18%.  I have committed the BBC to closing the gap by 2020 and if we can get there earlier then we will.”

These comments come in response to a signed statement from many of the BBC’s female stars, wherein they voiced their displeasure over the discrimination. They also requested to sit down and meet with Hall, writing, “We would be willing to meet you to discuss ways in which you can correct this disparity so that future generations of women do not face this kind of discrimination.” Hall seemed to duck the request, not really acknowledging it in his response.

It’s one thing to say that you’re dedicated to equality and closing the gender pay gap, and it’s a completely separate issue entirely to actually get up and do something about it. False promises regarding progress abound in the entertainment industry, and it would not be uncommon to see little to no change in this regard. Granted, that’s definitely a bit of a pessimistic or cynical view of things, but as with most things in the entertainment industry, one need only look at its track record to see how deeply ingrained many of these inequalities actually are.

As always, only time will tell whether Hall’s comments will bear any fruit for the women involved.