When BB-8 triumphantly debuted at Star Wars Celebration earlier this year, I wasn’t surprised to hear Kathleen Kennedy refer to the adorable little droid as “he.”

From what we’ve seen so far, the Beebs doesn’t have any traditionally gendered personality traits, and unlike C-3P0, they don’t seem designed to resemble a human of any gender, so I assumed that Kennedy referred to BB as a “he” without thinking.

A slip-up like that would be totally understandable considering masculinity is nearly always the presumed default in media. I catch myself using male pronouns to reference BB-8 almost every time I’m writing something Force Awakens-related, and, as silly as it was to see Hasbro misgender Jurassic World‘s raptors on their website earlier this year, I’ve made the same mistake myself countless times. If a character’s gender isn’t explicit, our impulse is to assign them one, usually male.

What’s especially depressing is that I know there are certain attributes BB-8 could have displayed in the trailer that would have made the internalized misogynist in me assume they were female–talkativeness, for example, or a design that somehow gives the impression of a waist (uggggh).

Even though Kennedy and several of BB-8’s designers have referred to the character using male pronouns, a new rumor is now claiming that BB-8 is Star Wars’ first “strong female robot.” The Telegraph (so, you know, not the most credible of sources) explains:

[…] a source close to the filmmakers has told the Daily Mail that BB-8 is definitely “a she” – and that the decision was a deliberate attempt to appeal to the female half of the Star Wars toy market.

There’s never been a strong female robot in any Star Wars film,” the source said.

[…] JJ [Abrams] was determined to make BB-8 cute and strong – and female. They want to appeal to girls as much boys, who have traditionally been the fan base. She’s going to be one of the breakout hits of the film.

Even though gendering droids is customary in the original trilogy and prequels, our insistence on continuing that tradition ultimately says a lot more about society’s obsession with the gender binary than it does about any given droid. But if The Force Awakens has to gender its droids, it would be great to have Star Wars‘ first “strong female robot” be as high-profile and as (presumably) positive as BB-8.

If BB-8 is female, then she’s female “just because,” and not as a result of any traditionally feminine attributes. That doesn’t seem like pandering to me, or a cheap way to claim your movie has representation with the minimum amount of effort; it actually seems kind of genius.

Why are the overwhelming majority of robots, aliens and other gender-irrelevant characters in movies usually coded as male? “Just because.” It’s heartwarming to think of the number of male fans that might purchase merchandise for a character that is incidentally female, especially since Force Awakens seems like it will also have female characters whose gender is a little more integral to their storyline. Tangential and explicit representation? What a time to be alive!

MoviePilot writes that, even if BB-8 doesn’t turn out to be an explicitly female character, The Force Awakens may still have a female droid. The prologue and epilogue of “Moving Target” reportedly introduce PZ-4CO (or “Peezy”), a protocol droid of Princess Leia’s. According to MoviePilot, “Peazy seems like any standard protocol droid, and is pretty persistent when it comes to keeping Leia on task as the legendary heroine leads The Resistance.” (It’s interesting to note that both BB-8 and Peazy seem to ‘belong’ to female characters; I’d love to also see male characters with female droids and vice versa.) 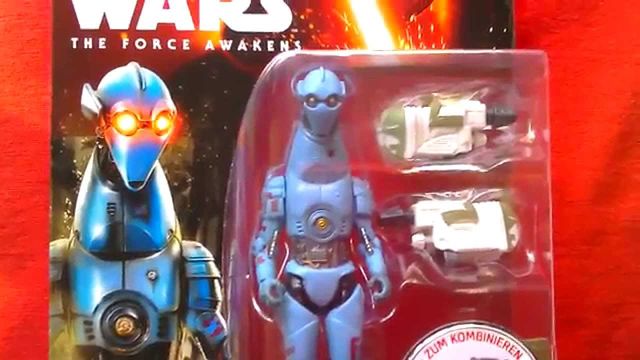 Again, I’d much prefer if droids weren’t gendered at all–just because something displays human qualities doesn’t mean that it needs to have a gender. But if The Force Awakens droids are going to be gendered, I hope that it’s done with as much intention, awesomeness, and originality as I expect from the rest of the movie.