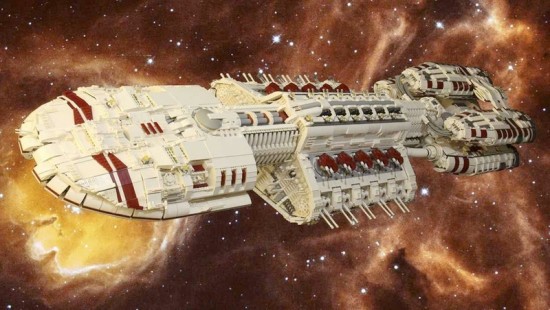 This incredible model is the creation of Garry King, who might be the man to go to when building a LEGO replica of a Battlestar Galactica ship. His latest creation, Battlestar Berzerk, is truly massive: 14 inches tall, 24 inches wide, and a whopping 73 inches long. For reference, if this were stood on its end it would 4 inches taller than me. The huge scale of the model means that King could include amazing detail across the Berzerk’s hull, and it shows. While we don’t know how many pieces went into making the ship, we do know that it weighs 54 pounds.

Now, BSG fans may be scratching their heads, struggling to recognize this particular ship. Apparently the Berzerk only appeared briefly in the first episode, so you’d probably have to go frame-by-frame to catch a clear view of it. Which, I think, makes King’s accomplishment all the more impressive. Read on below to see images of this behemouth. 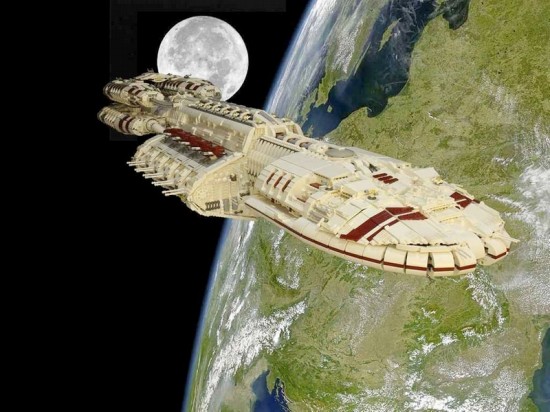 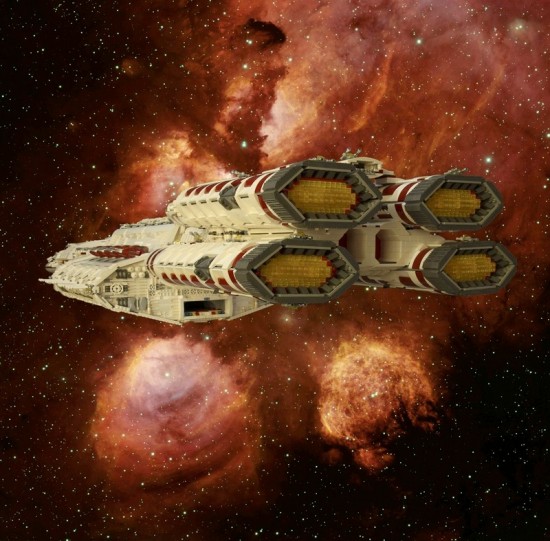 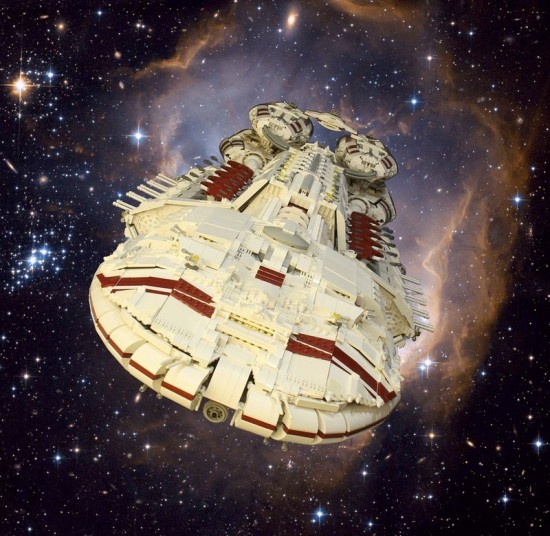