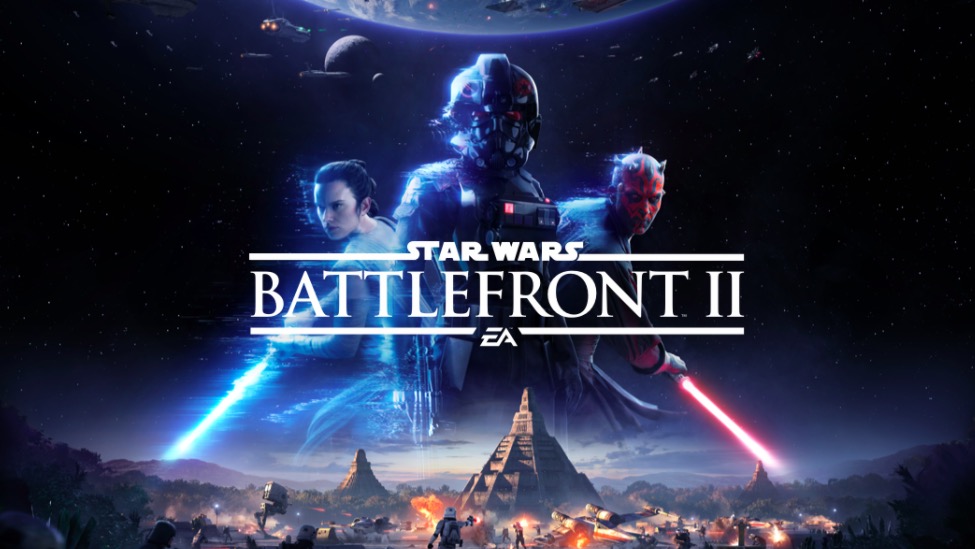 [UPDATE: EA has reduced the unlock cost for the game’s heroes by 75% in response to fan reaction.]

Star Wars Battlefront II is out in early access, and the state of its loot crate system and locked “heroes” at launch have angered a ton of players—enough to make developer/publisher EA’s response to that ire the most downvoted reddit comment in history.

A big part of the controversy in this case—though recent video game business models in general have caused a lot of similar uproar—is that several of the game’s “hero” characters (Luke Skywalker, Darth Vader, Emperor Palpatine, Leia Organa, Chewbacca, and Iden Versio) are locked at launch, requiring players to either spend hours in the game or pay real-world money to unlock them for multiplayer use. Similarly, earning power-up items and other bonuses can either be done through gameplay or purchases. The big issue with this, as players have calculated together through a spreadsheet, is that it’s significantly faster to earn that real money, even at a job earning $7.25 per hour, than it is to earn in-game items—over ten times faster.

Sure, playing a game for hours to earn characters is (probably, depending on what you do) more fun than going to work, but at over 170 hours to unlock all the characters by playing, it seems like a better use of time at this point to just pick up some extra hours of actual work. There’s also a clear advantage for players willing to pay for power-ups—at least until players attaining them the hard way can catch up—regardless of comments previously made to the contrary.

It’s great to have a no-charge way to pick up extra characters in a game that already costs $60, but when actually doing so is such a comparatively daunting task, it’s understandable that some gamers would feel like it’s little more than the appearance of offering the characters for free that EA is going for. Their response to the reddit thread “Seriously? I paid $80 to have Vader locked?” did not help matters. The EACommunityTeam account wrote:

“The intent is to provide players with a sense of pride and accomplishment for unlocking different heroes.

As for cost, we selected initial values based upon data from the Open Beta and other adjustments made to milestone rewards before launch. Among other things, we’re looking at average per-player credit earn rates on a daily basis, and we’ll be making constant adjustments to ensure that players have challenges that are compelling, rewarding, and of course attainable via gameplay.

We appreciate the candid feedback, and the passion the community has put forth around the current topics here on Reddit, our forums and across numerous social media outlets.

Our team will continue to make changes and monitor community feedback and update everyone as soon and as often as we can.”

It’s good news that they’re already planning to adjust the rates as they go, but there’s no guarantee they’ll be much more reasonable than the roughly 40 hours of play currently required to attain a single hero—all while not making any other in-game purchases to slow down the process. There’s a wide range in there between “a sense of pride and accomplishment,” a cakewalk, and the absurd amount of play currently required, especially considering that some of the current locked characters (not to mention future additions) are exactly the ones you’d buy a Star Wars game to play.

The response was fairly universally trashed, and it quickly unseated the previous record-holder for most downvotes on reddit: a user who specifically asked to be downvoted. EA’s comment now sits at -249k, to the previous record-holder’s -24k. That sends a pretty strong message, though not quite as strong as some of the death threats tossed at a developer, after what he said was a misconstrued comment on Twitter. It should go without saying that, whatever anyone thinks of video game pricing models, sending death threats is much, much worse. No one should do that, not just because it’s always the wrong thing to do, but because individual developers don’t likely have a lot of say in things so closely tied to the price of the end product.

This is all way bigger than one person who worked on a game, or even one game, and it will be interesting to see what adjustments EA makes in response—if any—as the entire industry continues to figure out the best approach to taking all of our money.