Let me count the ways that Batman v Superman annoyed me ... do we have that kind of time? 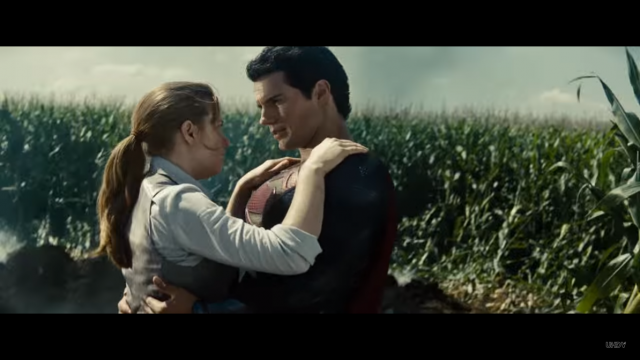 I have a long list of things that made me very angry about Batman vs. Superman: Dawn of Justice, which in no particular order looks something like this :

There’s really so much more wrong that this list barely skims the surface of all of BvS’s narrative blunders and wooden acting (looking to you Cavill), but really, my first reaction to the film when some poor fool asked what I thought of it was a growl of sorts and a muttered “garbage” before I went and binge-watched Batman: The Animated Series to cleanse my DC palate.

Or maybe I just spent what must have felt like a very long car ride to my companion venting about how Zack Snyder is a hack who ruins things I love.

While I’m genuinely glad (and even a little jealous) over the fervent love some fans are giving the film, if there’s one aspect supporters and detractors should be able to agree on, it’s that Lois Lane in this movie should have been so much more than a damsel in distress. It’s too bad that Snyder and co. couldn’t figure this one out on their own and instead had Lois play that role not once, but three times alone while also subjecting Martha Kent to the same fate in a particularly nasty scene.

It started promising enough with Lois. She was seen going into war torn areas, putting herself at risk all in the name of chasing a story and the truth, but all of the hope for her character is quickly stricken away when she’s taken hostage with a gun to her head. Superman arrives, gleefully slams the man’s body through a wall, and saves the day.

So, if I’m trying to be forgiving, maybe I could have let that one slide. Just because he saved her life doesn’t put her in the “damsel in distress” category and, in all fairness, the event itself seems to be the jumping-off point for much of Superman’s singular plot in the film (right?). But then it happens again when she’s pushed off a building by Lex Luthor as a distraction while he has the other woman in Superman’s life tortured and held hostage—less forgivable, especially when it’s now a two-in-one abuse.

But it’s the third time that’s the charm as Lois, in the middle of an epic, titanic battle between the DC Holy Trinity and something that looks like it’s supposed to be Doomsday finds herself trapped underwater after throwing kryptonite in a pool of it for … reasons.

I take it back. I didn’t like her being put in the position of needing rescuing the first time, either. Not one bit. I can’t tell if I’m in the minority on this or not, but I find Amy Adams as Lois to be one the few highlights of Snyder’s DCEU, and as I said, she starts the film in a manner that suggests her overall heroic and go-getter attitude, but it’s swiftly diminished when she’s placed in one precarious situation after another, always needing Superman to save her.

I’ve already had this conversation twice, but I’m going to give it another go. In the few moments I’ve vocally complained about the way Lois was depicted in the film and then forcefully pushed into the damsel in distress trope, I’ve been told that of course she was, that’s what her character has been used for historically and that it was an accurate representation.

Which … yes, OK, sure. If we’re really going to boil it all down so simply, then yes, in the original Christopher Reeve Superman, he flies around the world to turn back time just to save Lois, but goodness gracious why are we using a film from the ’70s as our reference point? Meanwhile, her representation in the comics has had its ups and downs (as is generally the case with women in comics), but Lois has plenty of strong depictions to draw from that Snyder did a disservice to here, which feels like a step backwards.

Considering he shifted the tone and depictions of the world and its heroes in such a noticeable way, why couldn’t he have given Lois something other than a tired trope? In 2016, with such abysmal representation of women in superhero films, instead of using a strong, resourceful, and independent character as nothing more than an object for the hero to save, why not empower and embolden her further? There’s a moment where you think she’s saving the day, only for her to turn around and execute one of the most poorly written decisions in the entire film.

There are so many reasons to hate this trope. So. Freaking. Many. But for the sake of time and sanity, I’ve boiled it down to pertain strictly to this film.

When we have Peggy Carter and Elektra kicking ass for Marvel and Supergirl being the woman of steel for DC, it grows more and more frustrating to see the great disservice that writers do to their female characters who have been in the superhero canon for decades, all to serve the male leads and their stories and to make them appear more heroic.

It didn’t work, and it was a waste of a talented actress and a dynamic character.