The Only Superhero I Care About Now Is Batman Ninja

What upcoming superhero movie are you looking forward to seeing the most? Unless your answer if Batman Ninja, I can’t hear you because Batman Ninja anime is a real thing happening in 2018. Announced in October, this adaptation puts the DC characters into a mix of feudal Japan and Gotham where our hero can travel by both flying Batmobile and dramatic horse-drawn carriage. Check out the official poster, the gang’s all here! (Alfred, conspicuously, does not appear to have been given a feudal Japan-makeover.) 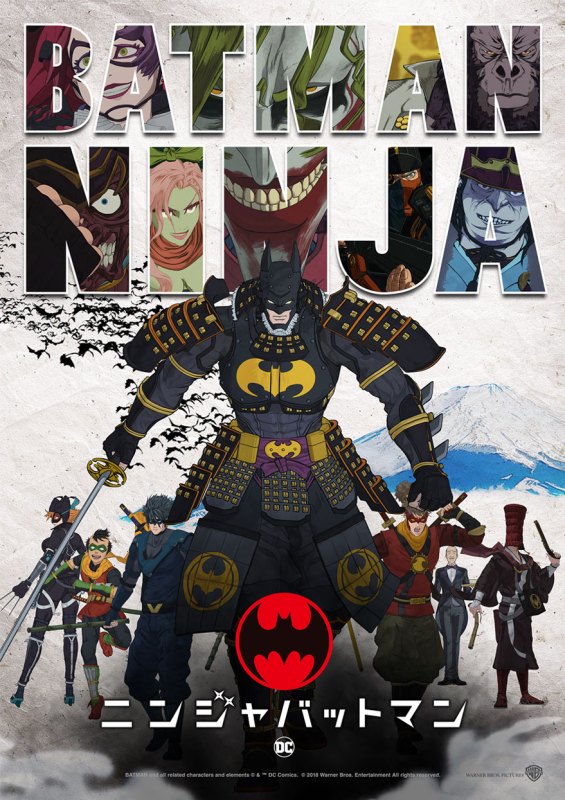 ‘Batman Ninja is the story of how Batman, the Bat Family, and a number of Gotham’s criminals are transported through time and space back to Medieval Japan where they become embroiled in a local power struggle. Director Jumpei Mizusaki has described Batman Ninja as a film meant to show the world how Japan sees Batman and not one about how Batman (and Bruce Wayne) see Japan. ‘

If that premise isn’t exciting enough, the team behind the anime is just as great. The character design comes from Takashi Okazaki of Afro Samurai, the screenplay from Kazuki Nakashima of Gurren Lagann and Kill La Kill, music from Yugo Kanno of Jojo’s Bizarre Adventure and Psycho-Pass, and animation from Kamikaze Douga of Jojo. Directing is Jumpei Mizusaki of the Jojo opening animation.

All in all, the anime looks like a fun and action-packed version of the characters with the trailer making sure to let you know the central conflicts haven’t changed too much: Batman still doesn’t kill. Not to knock the live-action Hollywood versions, but there’s definitely a kind of dynamism that animation lends itself particularly well to and it’ll be really cool to see Kamikaze Douga’s distinct style take on the iconic characters.