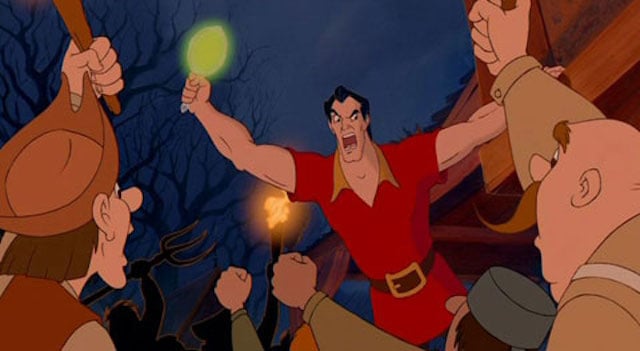 Google Home is a neat piece of tech as a “smart speaker” that also includes an Internet-connected digital assistant capable of conversation—sometimes very deep conversation. Unfortunately, if what seems like an ad discovered today on the device is any indication, the magic may very quickly fade as your personal assistant takes detours from your daily calendar to promote products.

The “ad” in question (which Google claims is not an ad, hence the quotes) is for Beauty and the Beast, and a Google Home owner posted this clip of it interrupting a daily briefing:

The “ad” says, “By the way, Disney’s live action Beauty and The Beast opens today. In this version of the story, Belle is the inventor instead of Maurice. That rings truer if you ask me. For some more movie fun, ask me something about Belle.”

Others have noticed the “ad,” which doesn’t seem to simply be a spontaneous conversation topic plucked from something like search history, as you might expect from Google—although even if it were, it might still be a paid ad, as well. Google’s response doesn’t exactly inspire confidence, either, as they reportedly told The Verge simply, “This isn’t an ad; the beauty in the Assistant is that it invites our partners to be our guest and share their tales.” Anyone who knows anything about Beauty and the Beast will easily pick up on the references in the statement, and saying it’s not an “ad” but instead mentioning “partners” seems like a bit of PR doublespeak.

Of course, Google is well known for making money through ads, and it’s likely they need to find a way to keep the Home’s capabilities funded after the initial purchase, so I can’t really fault them. Still, audio ads interrupting the device’s basic functions could be a deterrent to potential buyers, and existing Home owners may not be too happy about this new development. If enough people decide they don’t want to sit around waiting through audio ads in the middle of using a device meant to be convenient, that could be trouble for the Google Home’s future.