Got £25k or More? Barbara Remington’s Lord of the Rings Concept Art Could be Yours 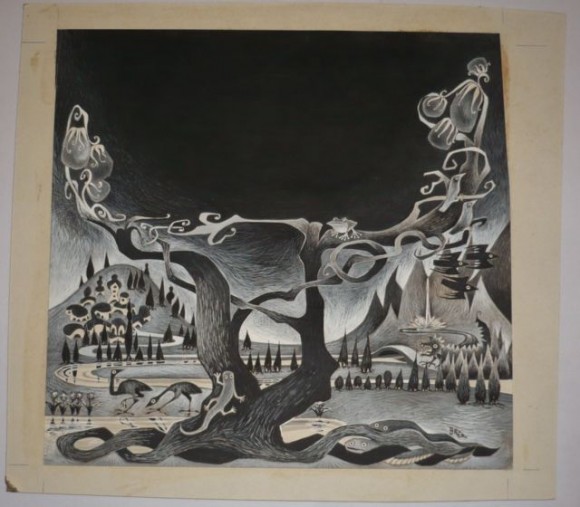 Barabara Remington‘s covers for the Ballantine paperback editions of The Lord of the Rings are infamous among fans for being rather strange, undeniably beautiful, and, particularly in the case of The Fellowship of the Ring, not really having very much to do with the visual elements of the series as described in the books. Her art for The Two Towers and The Return of the King are actually remarkable likenesses when you consider the constraints Remington was under: Ballantine had not managed to send her actual copies of the books, nor was she, in America in 1965, able to track them down herself. Her illustrations had to be based on vague recollections of the books from her friends. Later, when she finally got her hands on the trilogy, she became quite a fan, saying that she’d definitely have drawn things differently if she’d been able to. I grew up with Ballantine copies of the Two Towers and The Return of the King and I liked them much better than the cheesy, D&D manual style painting of Gandalf in a bathrobe that adorned my Fellowship. If you feel similarly, and have a bunch of cash, Remington’s original concept art for Fellowship is up on eBay.

artThe Lord of the Rings