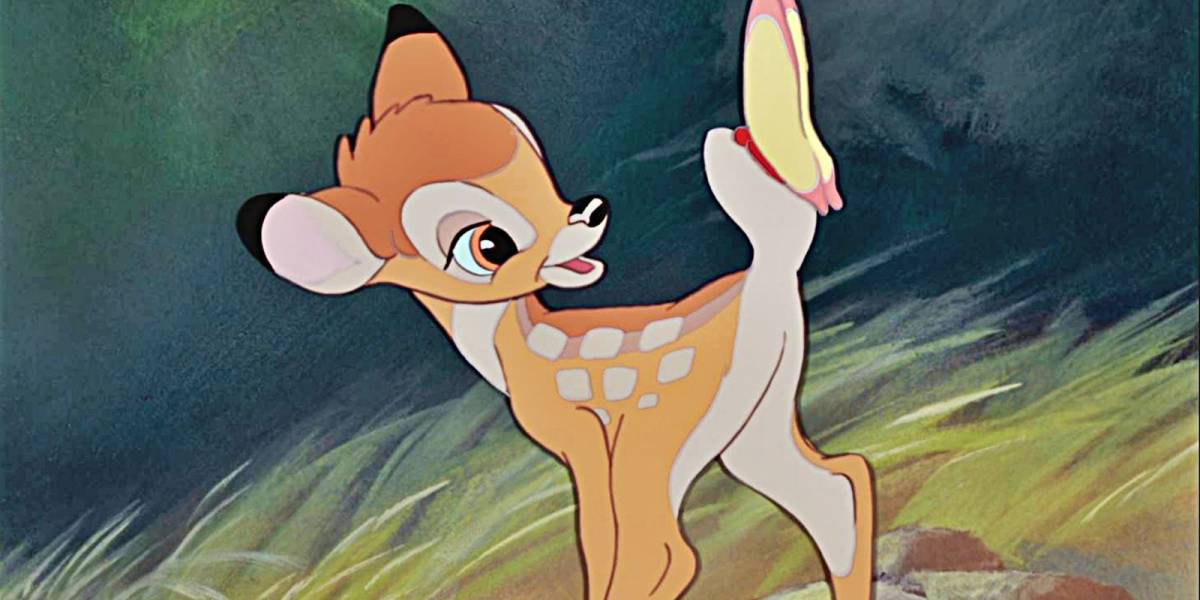 The Disney remake train just keeps chugging along, spewing cash instead of smoke. There are still classics left for the house of Mouse to re-invent and repackage and they won’t stop until every bit of IP is sucked dry.

Sorry, that was a bit mean and I know that if you can’t say something nice, you shouldn’t say anything at all, so I’ll try to stay positive from here on out, like Thumper would want me to.

Disney has announced they’re developing a remake of Bambi. According to The Hollywood Reporter, Disney has signed on screenwriters Geneva Robertson-Dworet, who worked on Captain Marvel and Tomb Raider, and Lindsey Beer of Sierra Burgess Is a Loser and Chaos Walking to write the script. It will be produced by Depth of Field, the folks behind The Farewell.

This is very early so no director or stars are attached, but what we have here is … actually encouraging? I hope that women writing the script means we’ll have more female characters rather than just the ultimate Disney dead mom, but that might be asking too much. It would also be lovely to see a female director helming this thing!

The film will also be “live-action” the same way the recent Lion King and The Jungle Book were, with everything being animated/CGI. This might actually work better in Bambi than it did in the Lion King. The original 1942 version of Bambi was far less exaggerated and, well, cartoony than the Lion King, so making it into a realistic-looking movie will be less of a departure from the original.

There’s certainly also room in Bambi to expand the story a lot, as the original film is only 70 minutes long. It was Disney’s fifth full-length animated feature, made at a time when Disney was dealing with the relative failures of Pinocchio and Fantasia at the box office, as well as the outbreak of World War II. Large portions of Bambi had to be cut as Walt dealt with financial troubles and conflict with unions.  Like many Disney animated films, Bambi achieved iconic status via years of rereleases in theaters and then on home video.

Still, Bambi is an interesting entry in the Disney canon, mainly because it’s still so traumatic to see a poor little dear (spoilers I guess?) lose his mother. In The American Film Institute’s 50 Greatest Villains of All Time list, “Man” ranked 20th and was the only villain on the list that’s never seen on screen.

Should be fun to see a whole new crop of kids be terrified and face the inevitability of growing up and death, now with realistic animals! We’re mostly joking, of course. And I’m sure fans are twitterpated.

(via: The Hollywood Reporter, image: Disney)