Bad Gamer Part 11: What Happens If You Play Through Dragon Age: Inquisition Like a Total Jerk? 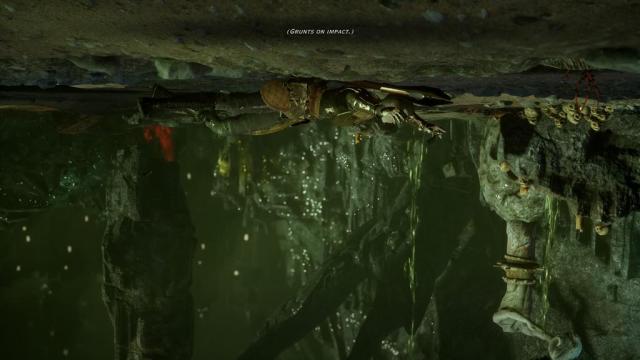 There’s a bright flash of green, and then I come to a sudden stop mid-air. I’m not sure where I am. I’m not at Adamant Fortress anymore. Not even anywhere in Orlais. Just elsewhere. I realize, with a sudden lurch of my stomach, that not only am I hanging upside down and floating but that I’m actually in the Fade. Shit. Did I do that? 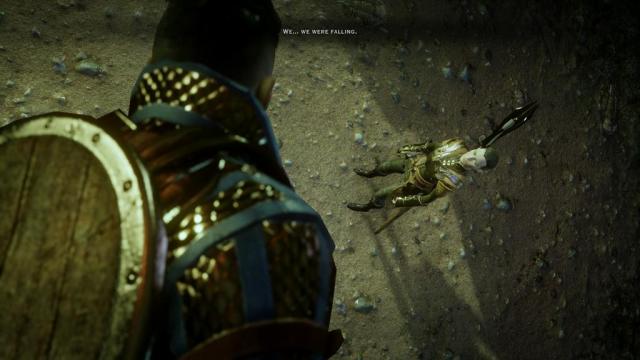 Hawke, Dorian and Stroud decide this must be what it’s like to be physically in the Fade and not stuck inside anyone’s dreams. They ask me if this was what I saw when I was here. Why does that matter? All we need to concentrate on is getting out of here. Stroud mentions the rift the dragon came through would have been in the main hall back in our own world and we ought to try for that. Sure beats sitting around doing absolutely nothing. Bull is pissed. No one said anything about getting dragged through the Fade on joining the Inquisition. Do I look like a sent a fucking memo out? I didn’t plan this.

We start toward the rift. Bull is sarcastically playacting a conversation between him and his men about signing up for the Inquisition and what a great idea it was, and Blackwall observes that a table and chairs on the wall is odd. No shit. I sign, hopefully loud enough for them to shut the fuck up, and lay into a few nearby demons to make myself feel better. 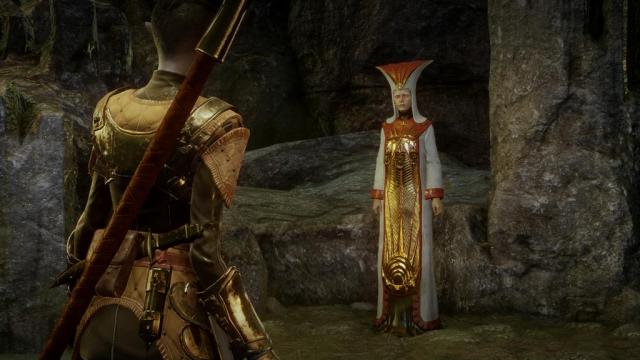 There is one thing here that cuts through my annoyance and genuinely surprises me: Divine Justinia is here! She greets us. Stroud calls her a demon, but Justinia retorts that we’re all standing here in the Fade which more than proves it’s possible for someone to still be alive here. Either way, she says, she doesn’t have time to prove her existence. She’s simply here to help. Justinia, or whoever she is, mentions that I have no knowledge of what went on at the Temple of Sacred Ashes the day of the Conclave. The day I received the anchor and my mark. My hackles are up. How does she know that?

She knows this because apparently the demon who serves Corypheus lives in this particular corner of the Fade. The Nightmare demon took my memories, fucked with the Wardens, etc, etc. Basically it’s a gigantic arsehole. I want to nail it to the wall and then go home. My head hurts at the thought of my Clan. I couldn’t save them, and I’ll probably not save the others. Justinia tells me I can’t hurt it, that the only way is to lead my people against Corypheus. Bullshit. Give me something to hurt. She also tells me that I have to retrieve the part of me the demon stole: my memories. Then she stands there while we kill a few demons so I can do exactly that. I remember everything now as if I was seeing it for myself unfold for the first time. 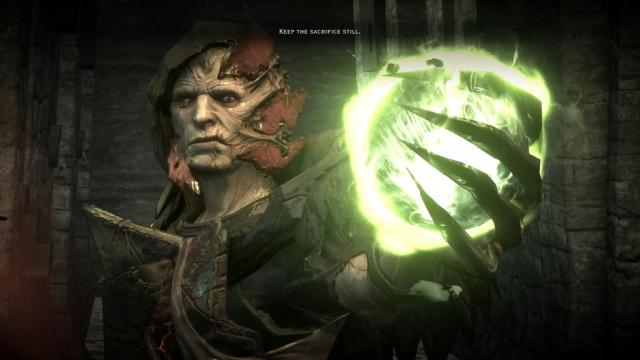 Justinia was captured by the bloody fucking Wardens (remind me to do something nasty to them on return) so that Corypheus could use her to tear open the veil, create an anchor and use it to do all manner of nasty things. I interrupted and picked up the orb after Justinia knocked it across the room and so I was given the anchor instead. I’m angry. None of this is helping us—all it tells me is where the anchor has come from. Not how to destroy Corypheus. Justinia tells me I have much more to retrieve. I hope she’s right. 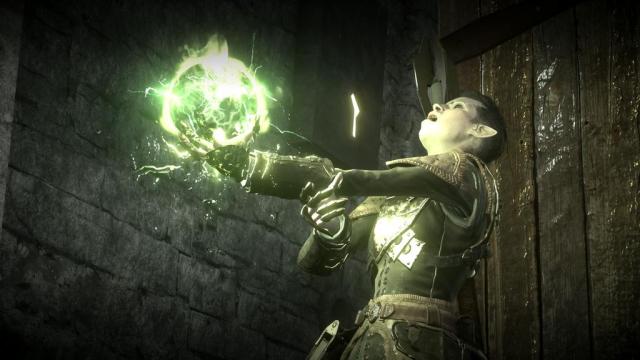 A while after we step down some stairs and a disembodied voice begins to speak. It tells me that I’m foolish for thinking my fears, my nightmares are things I want back. He removed them to both help me and feed himself. They’ll never make me stronger. This Nightmare demon needs a good smack.

We press on, the demon’s voice insulting and goading us as we progress. We all want to kill this thing now. Strike it down to satisfy the anger. Justinia is waiting for us in the next large cavern. More demons to kill, more memories to retrieve. This time, I see myself and Justinia escaping the Fade through the breach, running from the demons. Justinia falls behind and dies, which means this isn’t really her. Either way, she’s been true to her word so far. An ally of sorts until she proves otherwise. 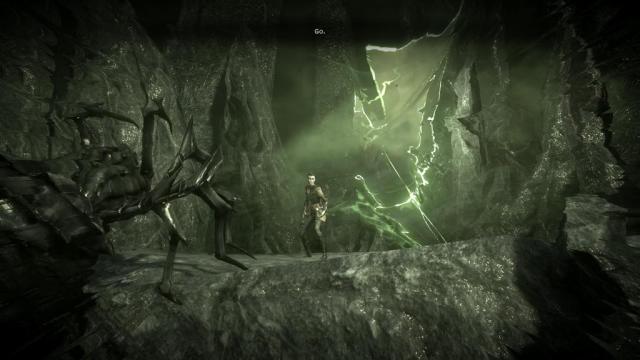 Hawke and Stroud think this is the most opportune time to argue about Grey Warden involvement. They imprisoned Justinia to help Corypheus and were caught at Adamant trying to raise a demon army. Hawke is kind of right that they’ve been completely out of hand but they are also the only ones who can stop blights. And she’s really not got a lot of room to talk with her involvement in the Mage rebellion and failing to put Corypheus down in the first place. Now I’m having to do your dirty work, Hawke. 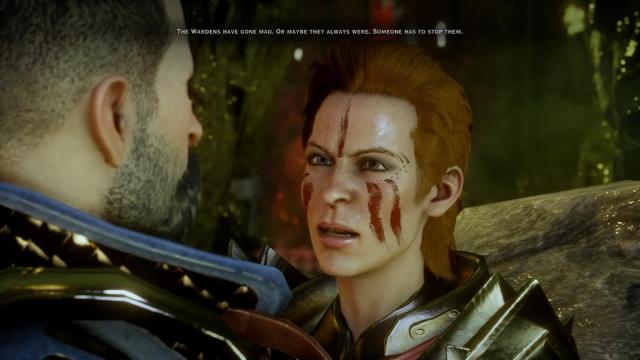 Like all idiotic demons, the Nightmare demon inadvertently reveals the way to get rid of the demon army is to get rid of him. Brilliant. Not so brilliant is the strange graveyard with numerous Inquisition members’ names and what appears to be their greatest fears etched onto them. I’m not there thankfully, and I can’t imagine how the others feel. We break down the final barrier and face one of the more terrifying nightmare demons before coming face to face with a gargantuan spider demon. 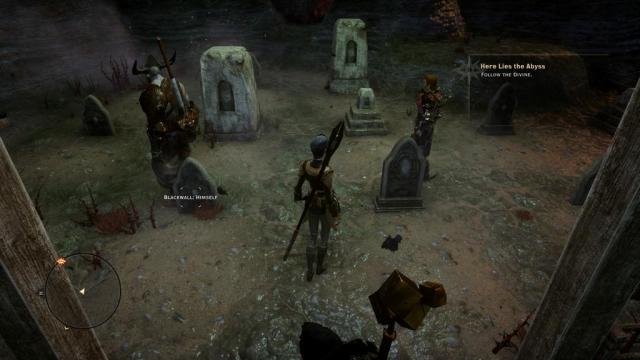 Hawke tells me to go on, she’ll cover us. Stroud tells her that this is a Warden’s job, that he’ll stay, but she’s having none of it. She wants him to rebuild the Wardens. I can’t say I disagree with her, so I let her stay though it’ll probably mean her death. It’s a noble sacrifice, and one I can’t imagine making myself. As she distracts the spider demon, we escape toward the rift. Back to Adamant Fortress. 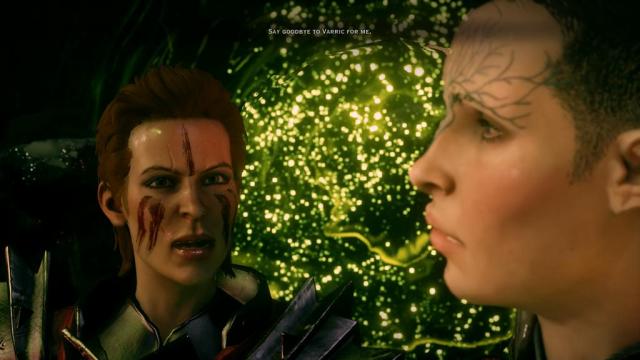 We emerge from the rift just in time to use my mark on the demons still fighting Inquisition soldiers. We receive a report: Erimond is in custody, the Archdemon flew off, and the Wardens helped fight alongside the Inquisition and wait for my orders. Hawke is missing. I correct them. Hawke is dead. 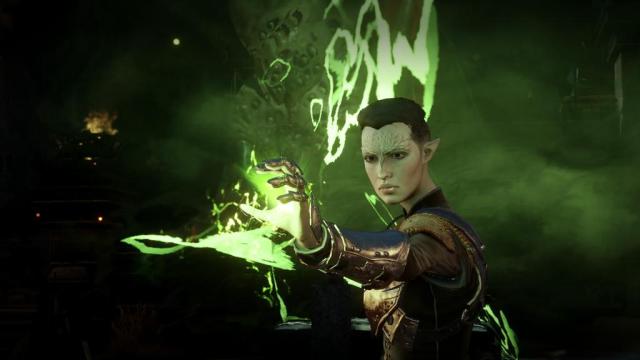 The conversation swiftly turns to concern over the Wardens’ future. Stroud is the most senior surviving leader but he looks to me—while the Wardens have made terrible mistakes, it was mostly because of Clarel, Erimond and Corypheus’ meddling. They can help the Inquisition while righting the wrongs.

Later, Leliana tells me I dealt Corypheus a significant blow. That was the idea, was it not? She tells me that all is ready for the mission to the ball at Halamshiraal to prevent Celene’s asassination. I suppose we’d best go and prevent all of Orlais from falling into chaos. Maybe we ought to make me Empress.

It’d solve a lot of problems.

Emma Fissenden is a writer of all trades. When she’s not pushing through her next rewrite, she’s playing too many games and editing fiction as the Editor in Chief at @noblegasqrtly. You can find her on Twitter @efissenden, or check out her other series for TMS, Game Changer.