Basically, Marmite is the Fountain of Youth. 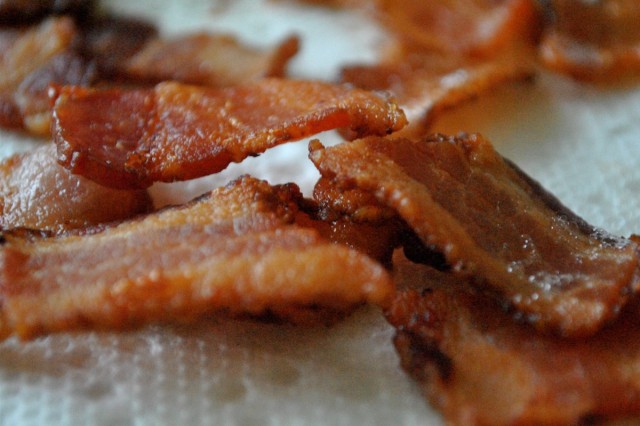 Bacon-lovers, you’re in luck: a new study from researchers at ETH Zurich has revealed that niacin (aka Vitamin B3) could help you live longer! The niacin-rich food menu includes not only bacon, but also Marmite, sun-dried tomatoes, paprika, and peanuts; so, this pretty much sounds like the most delicious recipe for long life ever.

Energy Metabolism Prof Michael Ristow and his team decided to feed roundworms a bunch of niacin, and discovered that the new element in the worms’ diet saw them living one-tenth longer than their Vitamin B3-free peers. This evidence is surprising to the science community, because niacin promotes the formation of “free radicals,” which have long been theorized to actually cause aging in organisms.

Ristow’s findings go against the largely accepted theory that food rich in antioxidants can prevent aging by eliminating free radicals. “The claim that intake of antioxidants, especially in tablet form, promotes any aspect of human health lacks scientific support,” said Ristow. Instead, the Zurich scientists posits that “[c]ells can cope well with oxidative stress and neutralise it.”

Basically, Ristow is suggesting that niacin is perfect for every couch potato who hates fruit. “Niacin tricks the body into believing that it is exercising – even when this is not the case,” said Ristow. Next up for Ristow’s team is testing the theory on mice.

So, for now, just know that pretty much everything you eat either does or does not cause aging. Perfect!

(via ETH Life, image via cookbookman17)