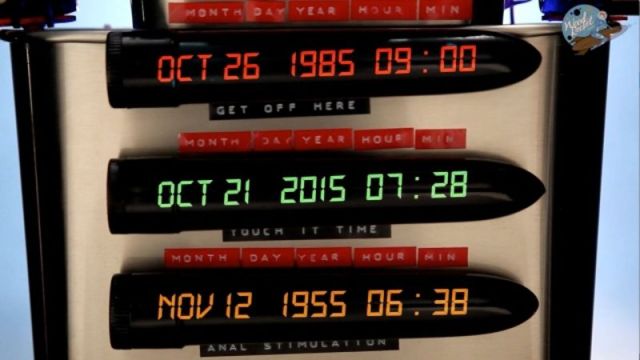 According to io9, which has an exclusive first-look at the trailer, Myers explains that this is a parody of the first movie, and won’t include references to 2 or 3. He also has this to say about the project:

Marty DickFly taking Cock Brown’s invention back in time. And yes, the machine is powered by 1.21 jizzawatts, and has to get up to 88 orgasms per hour in order to travel through time. We love Back to the Future, and so this is as much an homage to the original as it is the largest group of dick jokes ever assembled in one video.

Featured in this teaser is The D-lorean, aka the Dicklorean, a time-traveling sex machine.

Meanwhile, I’ll see if I can go to the future, get a copy, and bring it back here for all of us to watch together and make a drinking game out of it. Sound good?