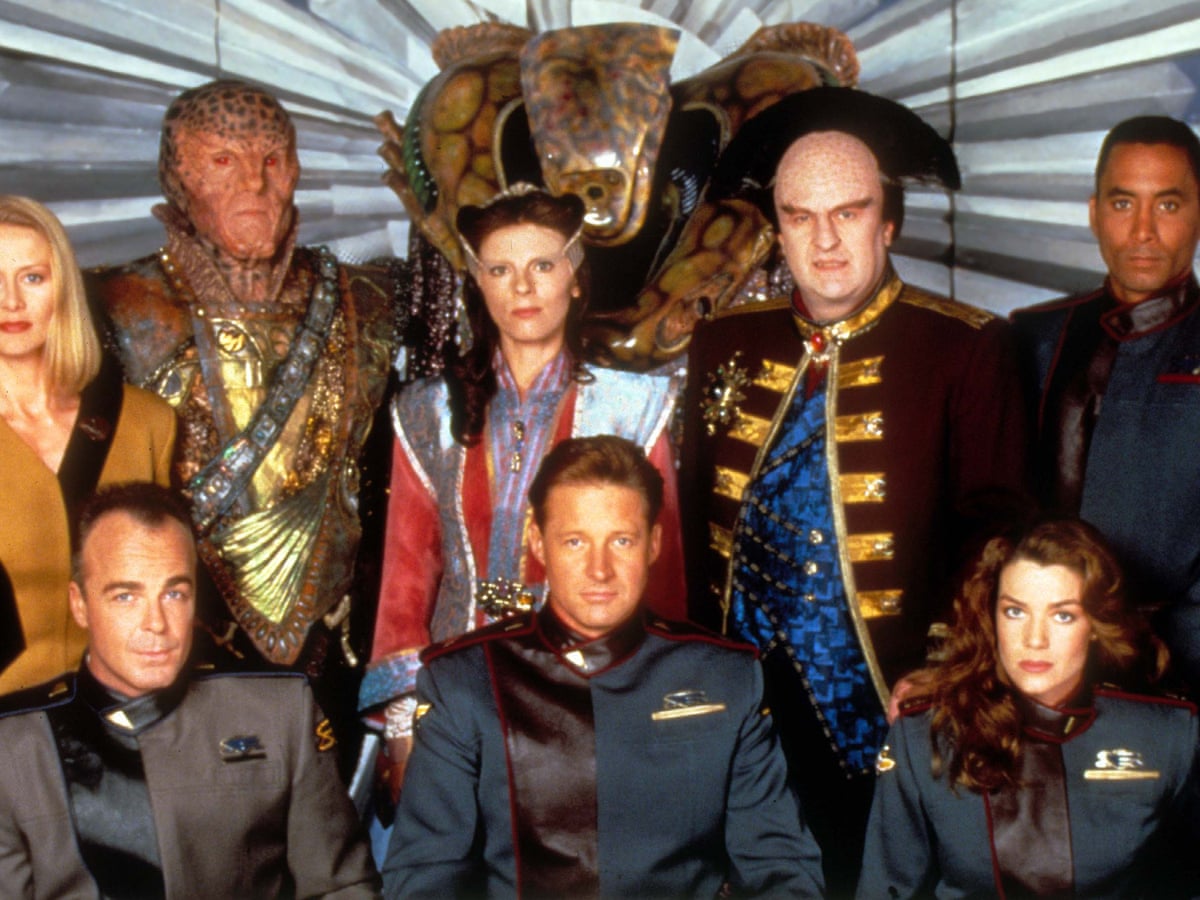 Babylon 5, the beloved science fiction television show from the ’90s that set a standard for long-spanning story arcs, has officially entered the reboot chat.

Warner Bros. announced that a reboot will come from the mind of J. Michael Straczynski, the show’s original creator and writer. Straczynski is set to write again and serve as showrunner.

The new Babylon 5 will be a “from-the-ground-up” reboot of the original series rather than a continuation. Here’s how Warner Bros. described the project, per a statement on The Verge:

In a from-the-ground-up reboot of the original series, John Sheridan, an Earthforce officer with a mysterious background, is assigned to Babylon 5, a five-mile-long space station in neutral space, a port of call for travelers, smugglers, corporate explorers and alien diplomats at a time of uneasy peace and the constant threat of war. His arrival triggers a destiny beyond anything he could have imagined, as an exploratory Earth company accidentally triggers a conflict with a civilization a million years ahead of us, putting Sheridan and the rest of the B5 crew in the line of fire as the last, best hope for the survival of the human race.

What a difference a few years can make. In 2018, Straczynski—who is very open with fans and active on Twitter—had suggested there was as about as much of a chance for a B5 reboot as a snowball has in hell. His agent was told of the property by Warner Bros., “We have no plans, and no intentions, of letting anything else be done in terms of television with Babylon 5.”

Won’t work. They literally told my agent “We have no plans, and no intentions, of letting anything else be done in terms of television with Babylon 5.” And a kickstarter wouldn’t pay for even a fraction of a season. That won’t change for years, when those execs are dead/gone. https://t.co/NZ80WiIIcR

So while it had seemed for many, many years that there was neither hope for nor studio interest in a Babylon 5 resurrection, everything dead must live again in our new binge-watching era.

As a science fiction TV fan, I’m excited about the idea of more Babylon 5, especially with the advantage of today’s special effects and tackling today’s landscape. The series was innovative for its time and broke the longstanding tradition of “episodic” television; rather than a villain or conflict or comedy of the week, Babylon 5’s complex, pre-planned story spanned years. Like the other space station full of aliens and political conflict show that ran in the early ’90s, Star Trek: Deep Space Nine, Babylon 5 still has many enthusiastic fans and is waiting to reach a new generation.

The reboot’s announced home of The CW gives us a bit of pause, however. The network certainly showcases genre content, chockful of DC superhero fare and shows like Roswell, New Mexico and Charmed. The CW is also planning a reboot of another early-ish science fiction show close to our hearts, The 4400. But one tends to associate The CW with content aimed at a somewhat more “teen drama”-oriented market like Riverdale. That doesn’t mean a new Babylon 5 will have to fit into that mold or that it can’t be big and bold regardless. We’ll be curious to see how this plays out.

In an expansive thread on Twitter, Straczynski went on the explain why the show will be a fresh reboot, rather than picking up in the same old Babylon 5 universe with some of the series’ previous actors:

To answer all the questions, yes, it’s true, Babylon 5 is in active development as a series for the CW. We have some serious fans over at the network, and they’re eager to see this show happen. I’m hip deep into writing the pilot now, and will be running the series upon pickup.

To answer all the questions, yes, it’s true, Babylon 5 is in active development as a series for the CW. We have some serious fans over at the network, and they’re eager to see this show happen. I’m hip deep into writing the pilot now, and will be running the series upon pickup.

The network understands the uniqueness of Babylon 5 and is giving me a great deal of latitude with the storytelling.As noted in the announcement, this is a reboot from the ground up rather than a continuation, for several reasons. Heraclitus wrote—

— “You cannot step in the same river twice, for the river has changed, and you have changed.” In the years since B5, I’ve done a ton of other TV shows and movies, adding an equal number of tools to my toolbox, all of which I can bring to bear on one singular question:

if I were creating Babylon 5 today, for the first time, knowing what I now know as a writer, what would it look like? How would it use all the storytelling tools and technological resources available in 2021 that were not on hand then?

How can it be used to reflect the world in which we live, and the questions we are asking and confronting every day? Fans regularly point out how prescient the show was and is of our current world; it would be fun to take a shot at looking further down the road.

So we will not be retelling the same story in the same way because of what Heraclitus said about the river. There would be no fun and no surprises. Better to go the way of Westworld or Battlestar Galactica where you take the original elements that are evergreens and —

put them in a blender with a ton of new, challenging ideas, to create something fresh yet familiar. To those asking why not just do a continuation, for a network series like this, it can’t be done because over half our cast are still stubbornly on the other side of the Rim.

How do you telling continuing story of our original Londo without the original Vir? Or G’Kar? How do you tell Sheridan’s story without Delenn? Or the story of B5 without Franklin? Garibaldi? Zack?

The original Babylon 5 was ridiculously innovative: the first to use CGI to create ships and characters, and among the very first to shoot widescreen with a vigorous 5.1 mix. Most of all, for the first time, Babylon 5 introduced viewers accustomed to episodic television to —

— the concept of a five-year arc with a pre-planned beginning, middle and end…creating a brand new paradigm for television storytelling that has subsequently become the norm. That tradition for innovation will continue in this new iteration, and —

— I hope to create additional new forms of storytelling that will further push the television medium to the edge of what’s possible.

Let me conclude by just saying how supportive and enthusiastic everyone at the CW has been and is being with this project. They understand the —

— unique position Babylon 5 occupies both in television and with its legions of fans, and are doing everything they can to ensure the maximum in creative freedom, a new story that will bring in new viewers while honoring all that has come before.

I know many readers here at The Mary Sue have many thoughts and feelings about Babylon 5 (as you like to remind me whenever I write a sonnet to my love Deep Space Nine). I’m dying to know what you think about the reboot plans.