Baby Thanos Concept Art Makes Us Wonder: What If the Avengers Went Back in Time and Raised Baby Thanos as Their Own? 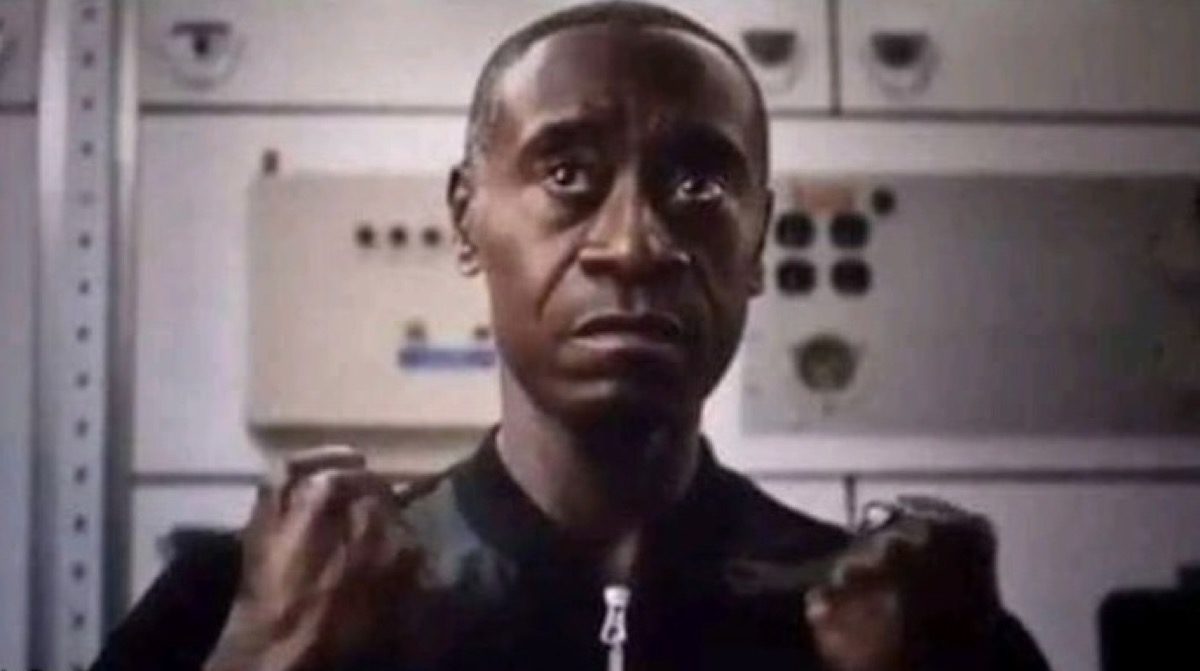 Remember in Marvel’s Avengers: Endgame, when Rhodey suggested that they go back in time and just … kill baby Thanos? (With hand gestures we won’t soon forget?) Well, now we know what baby Thanos would have looked like in Infinity War (and more of what it would’ve been like had the movie taken a closer look at his youth), and I’m so glad I didn’t have to see him in living color. A terrifying look at the purple Titan, Thanos as a baby basically looks like a zombie, and I hate it.

The concept art has been revealed and while we’re looking at this dead baby and asking ourselves how we got here, it does make you think about a fun theory:

Mary Sue editor Dan Van Winkle asked what a fanfiction would look like if the Avengers went back and brought baby Thanos to the future and raised him themselves (which already even kind of happened in comics!), and so … here you go.

Below is my fanfiction that is essentially The Avengers Men, Natasha, Pepper, Nebula, Okoye, Carol, a Toddler, and a Baby.

Rhodey had made the comment as a way of trying to understand time travel. He didn’t think it would actually be a plan they carried out, and yet, here he was, in charge of feeding and entertaining a baby Thanos while everyone else was seemingly too busy to do so. To be fair, he had lasted an hour before he packed everything up and drove himself and baby Thanos to Tony’s cabin.

“Nope, not here,” Tony said, barely greeting his friend as he looked to the baby in his arms. “I don’t want him around Morgan.”

“Well, you should have thought about that before you agreed to this plan. I’m not doing this alone.”

Tony groaned as Rhodey spoke, knowing he was right, but at the same time, this plan didn’t work and wasn’t ever going to work since that’s not how Time Travel worked. Half the universe was still missing, and all they had was a baby to take care of until they could get Thanos back to his original timeline.

Before Tony could protest more, the door to the cabin opened and out ran Morgan, skidding to a stop next to her father as she looked up at the baby in question. “Why does that baby look like Barney?” she asked curiously, clinging to her father and not moving closer to Rhodey. “Is that why everyone else is here?” Her “whisper” was loud enough that Rhodey raised his eyebrows at Tony.

With a sigh, Tony led the way into his house and opened the door for Rhodey, revealing the rest of the remaining team sitting around in his living room with Pepper. “It freaked everyone out so they all came to hide away from you and Thanos here.”

So, in case you wanted to know what that would be, there you are. In the comics, it was Frank Castle, a.k.a. the Punisher (of Earth TRN666), who wound up taking in young Thanos after being unable to just murder him, and he … didn’t exactly turn out to be the best role model (surprise!), resulting in failure at changing Thanos’s murderous destiny.

But in all honesty, I’m glad they cut baby Thanos from the movie, because that is terrifying, and I didn’t need those nightmares to be in an Avengers movie, thank you very much. I guess that’s not surprising when this is the source material: 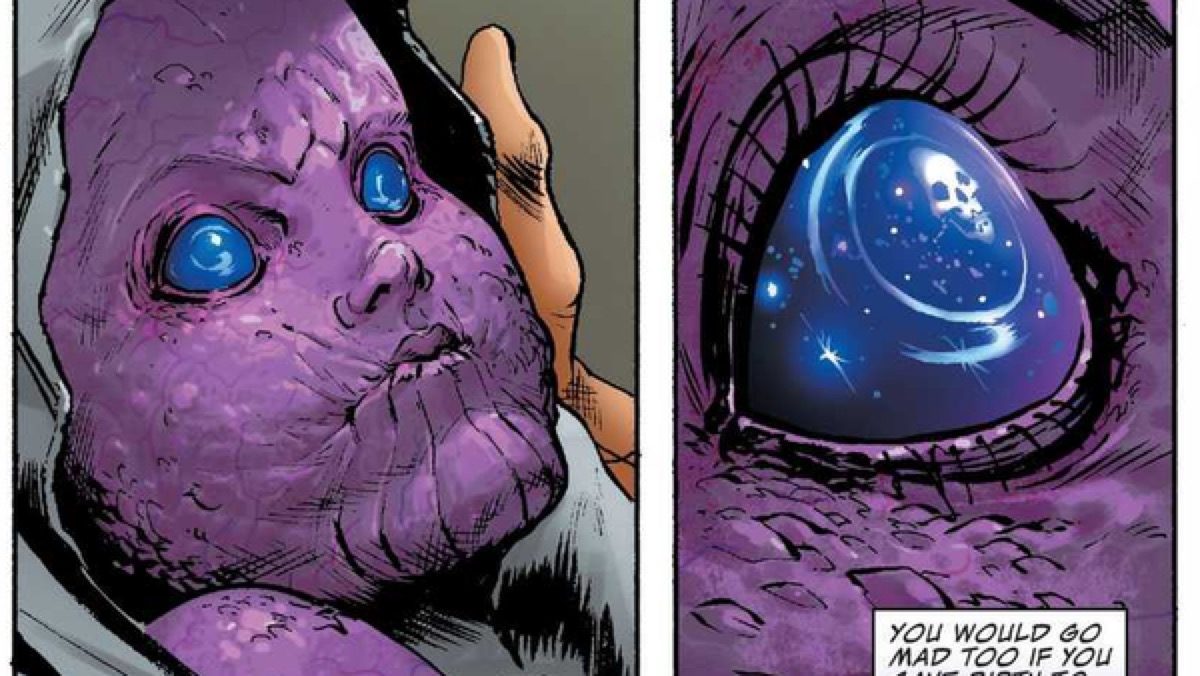