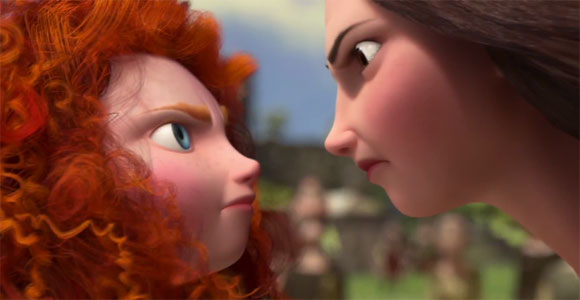 We’ve see a lot of fantastic clips, featurettes, and trailers from the upcoming Pixar movie Brave, but I think I can go on record officially saying this takes the cake. Read on to watch a brand-new spot from the creators of the film, wishing mom’s everywhere a Happy Mother’s Day with something we’ve not yet seen – a baby version of Merida. Brace yourself.

And here I thought I had died from cute with the Kitten Pikachu earlier today. Looks like I was resurrected only to be killed from cute AGAIN.