The following was originally written for Pop Mythology, and has been republished here with permission.

From her beginnings in the comic book world (Batgirl’s her first book?!) to whom she’s most looking forward to penciling, one thing’s for certain: Babs Tarr is proving she’s not just a flash in the pan.

jman: How did you get picked for Batgirl? Were you surprised?

Babs Tarr: Cameron [Stewart, one of Batgirl’s co-writers] emailed me out of the blue about doing a book for DC. I was very surprised for two reasons. Number one, I had never tried comics before; and number two, my art style didn’t look like anything that DC was publishing at the moment. It wasn’t until a couple months later when I officially was offered the job after doing some test pages for DC – let’s just say I didn’t really let myself get excited until I was told it was down to two people, and I was then like, “This is real!” Haha. It has been a wild ride and I am loving every minute. 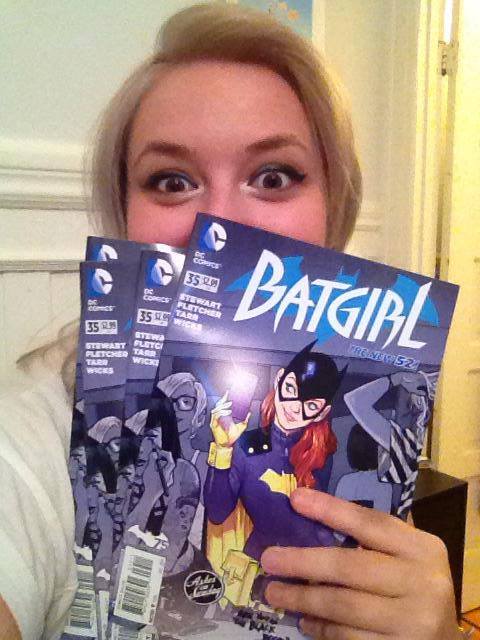 jman: Besides the obvious differences, how does your take on Batgirl differ from her previous versions? More importantly, what do you draw upon to connect Barbara to her prior versions?

Tarr: I think Batgirl is more relatable on a personal level. She is going through exactly what every 21-year-old is going through at that age. She’s got college work and studying to do, as well as figuring out her dating life. and also just figuring out who she is as a person – because when you’re at that age you haven’t quite figured out what that is yet. On top of all that, she’s Batgirl! You don’t always make the smartest choices at that age, but as Babs always does, she perseveres when things get tough and you have to admire that!

You also get to see a lot of Babs outside of her Batgirl suit as well as in it, which I think is just as interesting. I think that makes our Batgirl really unique. As far as the previous Batgirls go, we know that Babs as a character was wicked smart and tech-savvy. We also knew that Babs has been Batgirl since she was sixteen – but maybe she was so busy fighting crime and dealing with so much darkness that maybe she never got a chance to be young and be herself! We all know Babs can kick ass, but maybe she would be kind of awkward in social situations because she’s just not as experienced with those things, which I kind of love that we are showing. She’s human! Just like us. We’re also having her use her eidetic memory which has been mentioned but never explored. 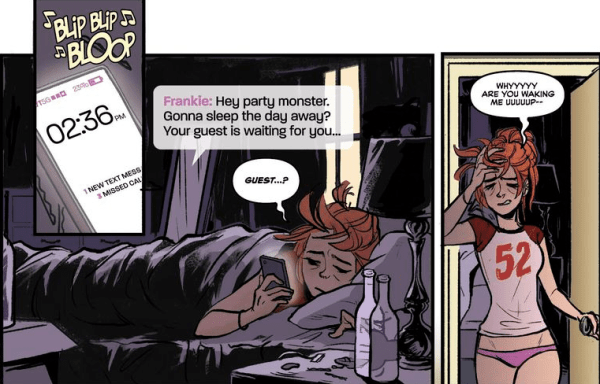 jman: Stewart and Fletcher share the writing duties on Batgirl. How much input do you have with story line/direction? Do you get the scripts and just pencil away? Are the scripts open to your interpretation? Or are they pretty exact in what they are looking for?

Tarr: The Batgirl process goes as follows: Brenden and Cameron write the script. It is hilarious and fun. I put my two cents in on a moment or two and sometimes they change it which is really cool ’cause I’m just the artist and they are the writers, so they totally don’t have to, but I think they do take into account that I’m also the audience, so I’m the one to please, haha! They are very welcoming and collaborative and I adore them. Cameron is doing the page breakdowns because this is my first comic and he so fast at it but I’m learning as I go and eventually I’ll do my own. (Scary! Haha) Once Cameron has the layouts done, I do pencils and inks on top and then on to Maris Wicks, our super brilliant colorist! 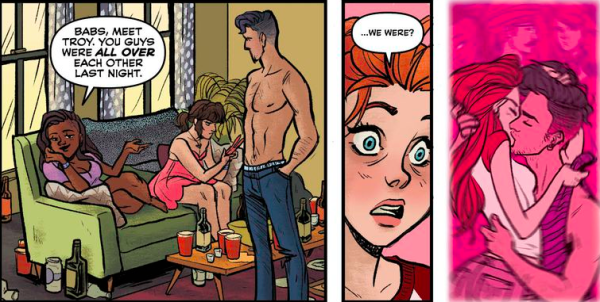 To read the rest of the interview, head over to the original post on Pop Mythology!

jman is your delightfully random emissary to most things pop culturish.  For even more stimulus to your cerebral cortex, check out yfnjman.com.