After a fall like this, this teddy bear is going to need a teddy bear to comfort it. 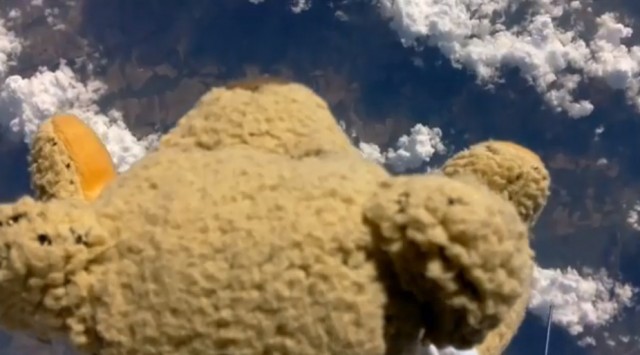 Felix Baumgartner spent months preparing for his record-breaking skydive last year, which considering he leapt from nearly 24 miles over the Earth, is pretty reasonable. Baumgartner’s feat, though, has already been eclipsed by another jump this week. Even worse news? The jumper, Babbage the Teddy Bear, is cuter than Baumgartner, too.

Babbage was launched by ballooning enthusiast David Akerman, who sent the brave bear 39,000 meters into the stratosphere — about 31 meters higher than Baumgartner’s history-making leap — before releasing it with an Arduino controller built into the balloon. Now sure, Baumgartner’s feat remains impressive because he’s a living human being who put himself into freefall for over four minutes. But 31 meters is nothing to sneeze at either, and we wouldn’t want to detract from Babbage’s accomplishment which, as you can see below, is a pretty major feather in the cap for stuffed animals everywhere.

No word on who’s sponsoring Babbage, or when his next jump – OK, fine, fall — will be but we can’t wait to see more of him. Frankly, more major world events should feature stuffed animals.

(via Metro, image via David Akerman)